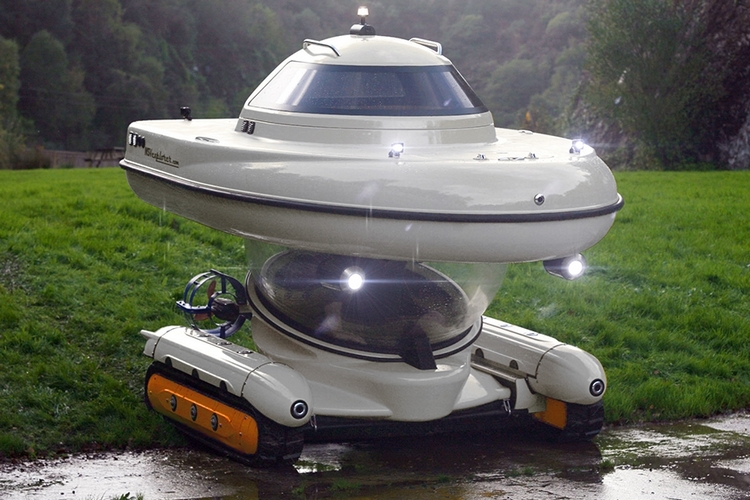 We’ve seen plenty of odd-looking watercrafts for various purposes and applications. When it comes to weird, though, few we’ve seen are going to beat the MSVEX MKIII Bobcat Amphibian.

The latest evolution of the MSV Explorer, it’s an amphibious watercraft that looks like a pair of vehicles stacked on top of each other. Seriously, the bottom half is a submersible (like a smaller version of the U-Boat Worx) sporting tank treads that has a boat with an enclosed cabin sitting on top. 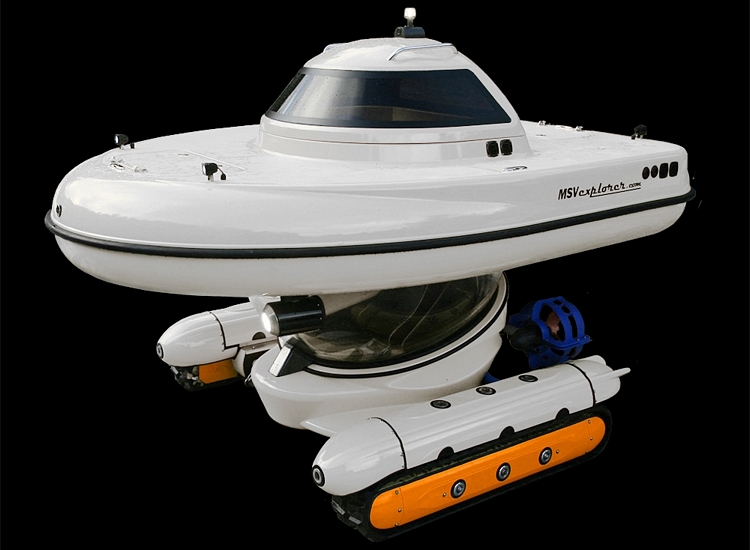 The MSVEX MKIII Bobcat Amphibian uses the heavy-duty rubber tracks to navigate on land, allowing it to drive over both paved and off-road terrains (it can take on inclines up to 30 degrees). In the water, the top hull is designed to float like a regular boat, with the bottom half staying submerged while it travels at speeds of up to 6 knots. Controls can be installed both on the boat and submersible stations, so you can drive it from either cabin, which features 180-degree and 360-degree views, respectively.   Twin horizontal Torqeedo thrusters give it 360-degree axis spin-and-turn capabilities on water, with two 48-volt intercooled electric motors providing the same on land.

Features include dual 24-volt battery banks rated at over 100 hours of in-water operation on a full charge (only 8 hours on land, though), 1.5-inch thick transparent acrylic windows, and optional electro-bio-hydraulic system for the treads. Plenty of other options are available to service specific recreational and professional applications, of course, none of which include making it look less ridiculous (which is great because a pair of stacked watercrafts that function as one is perfectly lovable).

Pricing for the MSVEX MKIII Bobcat Amphibian starts at around $300,000.