Muista: Someone Made A Fidget Chair For Your Whole Body Fidgeting Needs 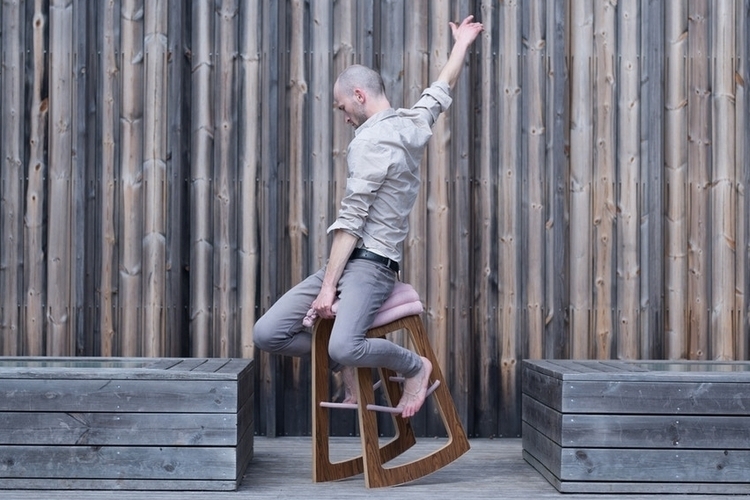 With fidget spinners and other fidgeting toys making a big splash in the office, your average office hipster needs something new to stand out from everybody else. I mean, they already copied your funny coffee mugs, kooky desktop toys, and fidget contraptions, how else can you keep being the coolest guy in the office? Since fidget toys are out of the question, maybe you can do it with Muista, a fidget chair.

That’s right, forget about spinning a toy between your fingers, running your thumb repeatedly over a slider, or flicking a switch over and over. This thing lets your whole body fidget like a child who can’t keep still, so you can swing, sway, and rock in your chair from clock in to clock out. Whether you’re checking your emails, calming down a client, or figuring out how to balance an out-of-control budget, this thing lets you move your body the whole time to release any nervous anxiety. 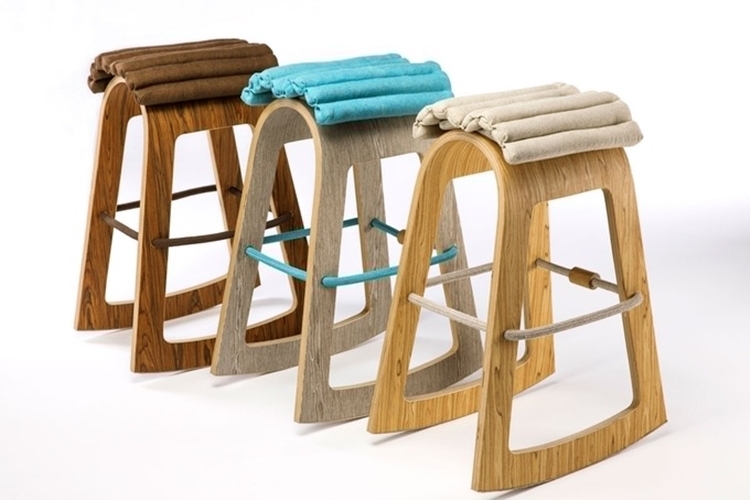 The Muista’s movable chair design, of course, isn’t an entirely new concept. We’ve seen plenty of similar active sitting chairs before, which encouraged moving while you’re cooped up in a seating position. We do admit, though, we’re loving this chair’s simple and straightforward appearance, which appears to be based on traditional rocking chair designs, making them look like proper home furniture instead of office seating. Construction is wood for the chair’s frame, while the seat comes stuffed with buckwheat hulls that provide a firm but comfortable surface to rest your derriere.

The chair comes in two heights: one for standard office desks called Fit (17.7-inch seat height) and another for standing desks called Big (25.6-inch seat height). That’s right, the Big chair lets you use a standing desk without having to stand because, you know, you’re such a hipster that way. It uses an unusual convex-shaped seat that, according to the outfit, will impel your spine to take on an optimal curve in order to relieve the usual strain of sitting all day. 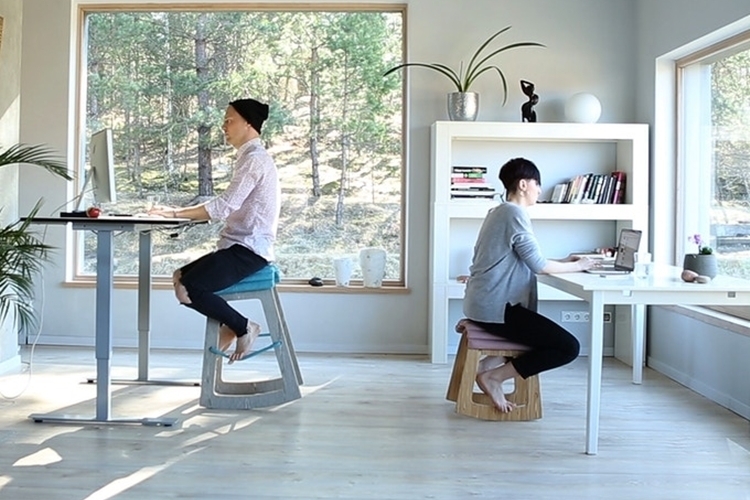 Both chairs come with two sitting positions, which can be accomplished by simply arranging them in a different angle. In the first angle, you put the legs of the Muista on the sides and sit on it like a horse saddle. According to the creators, this position promotes better circulation of internal bodily fluids, better posture (since it puts your spine in an S shape), and better mental clarity. It also allows you to exercise your core and torso muscles whenever you’re fidgeting, since you can move the chair back and forth.

For the second angle, you put the legs of the chair in the front and back, then use the seat like a bench. This position supposedly brings the same benefits as the other position, all while allowing you to exercise the sides of your core muscles since it lets you fidget in a swaying motion. 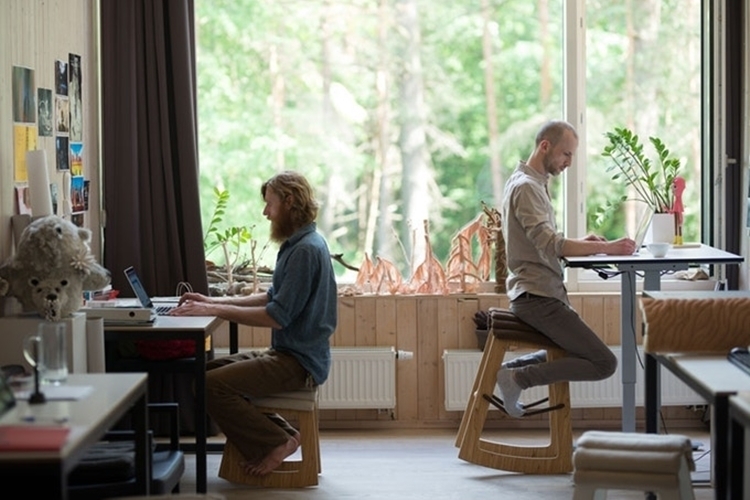 A Kickstarter campaign is currently running for Muista. You can reserve a unit for pledges starting at $180 for the Fit and $300 for the Big.