Murakami Chair Comes With Its Own Light, Kinetic Charger 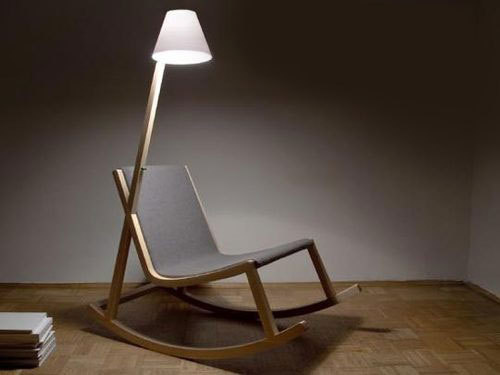 Some dual-function furniture items make sense.  The Murakami Chair, a unique piece that features a rocking chair with an attached lamp, could make a good argument on that end.  Even better, though, it sports an integrated kinetic charging facility, powering up the light source using energy created from rocking back and forth.

Created by Rochus Jacob, the plain-but-elegant piece managed to snag top honors at the Design Boom Green Life Competition.  It’s a pretty nifty idea, after all.  Why waste all that rocking action when you can use it to illuminate a small area of the room? 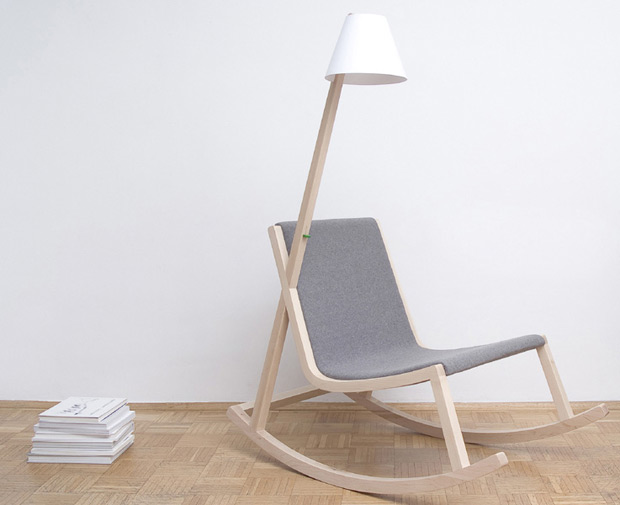 The Murakami Chair is clad as a simple rocking chair, with a long piece of wood protruding on the right side that holds an OLED lamp (in the shape of a lampshade) on top.  According to the designer, it uses nano-dynamo technology that’s built into the skids of the chair to facilitate the conversion of motion into energy.  It also integrates a battery module where both the light and the charging mechanism are connected to.

My grandma, who’d battle you to death if you ever used her rocking chair, would approve.  The lighting fixture is particularly awesome since it turns the chair into a self-sustaining reading area.  Would have been better if it had arms (not to mention foot rests), though.

Since it was just an entry in a recently-concluded design competition, the Murakami Chair is not available for retail yet (probably never will).  But you can check out the designer’s explanation (yep, it reads like a designer explaining) of his work.