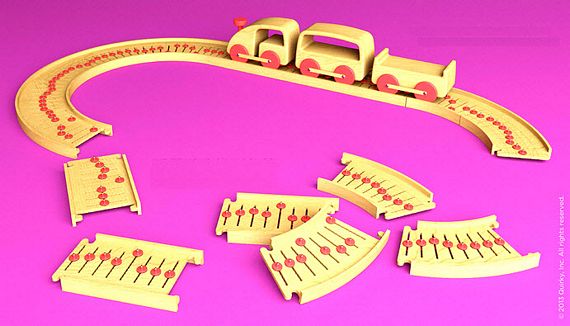 Musical toys have always been big hits with the kids.  Same with trains (especially on train tracks with intersecting highways).  The Sound Track combines both, turning a train set into a functional musical toy where kids can play their favorite songs and compose their own tunes.

Invented by Ricardo Seola and crowdsourced to the folks at Quirky, it’s as unique a children’s musical instrument as you can imagine.  Instead of punching keys or mashing buttons, kids roll a train through a track filled filled with raised “music pegs” — as the train passes through each new peg, it creates a sound, eventually turning into a repeating song as the train takes laps over and over. 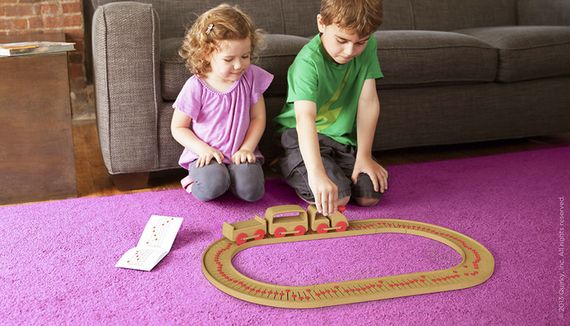 The Sound Track generates sound using tuned musical teeth in the front of the train (similar to those a music box uses), which hits the raised pegs on the tracks     causing it to play a note.  You can adjust the nubs vertically to change what note is played, allowing kids to make different tunes play while their train runs through the tracks.  It will come with a booklet that teach how to arrange the nubs to play individual songs, although kids can create their own once they get the hang of how it makes  music. 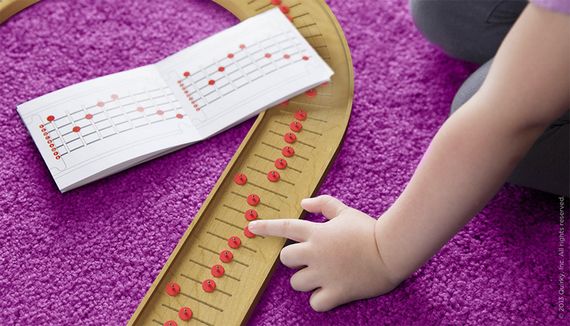 A set of modular train tracks that you can arrange into different orientations come with the set, so you can make each trip play a song as short as you need.  It uses a three-cart train, with the music teeth adjustable to run either front, center or rear.

Currently, the Sound Track is still under development at Quirky.  They’re close to a production run, though, and are targeting a $20 price for the set (from what we can tell, though, this is likely to go up).  Expect this to start selling later in the year.