Mutant Hammock Lets You Chill In A Giant Spider Web 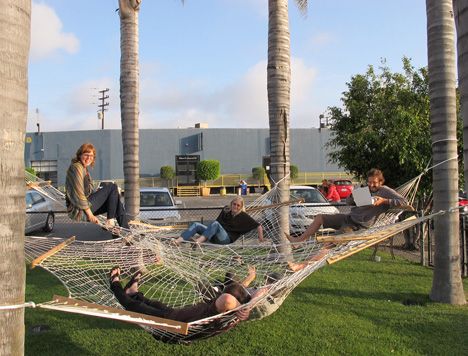 When I hear of a Mutant Hammock, I imagine a hammock that devours everyone who lies down in it then spits their bones out like food caught between its teeth.  You know, just like in cartoons.  Unfortunately, that’s not what this hammock does.  Fortunately, it’s still pretty awesome.

A project from Knowhow Shop and the Santa Monica Museum of Art, it’s a hammock that looks more like one of Spiderman’s intricate webs spun across multiple tree trunks.  Since Spidey’s webs are strong, it can hold a heck of a lot of people, allowing entire families to relax in a hanging bedding a couple feet off the ground. 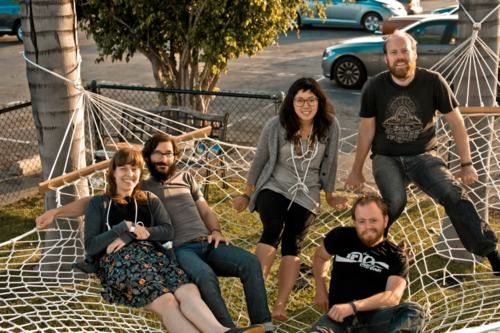 The Mutant Hammock is a six-sided hanging sack made with ropes that are knotted and woven into a web-like contraption.  Created during a community workshop, it was a cooperative effort put together by 50 volunteers, based on a smaller model originally designed by the Knowhow Shop.  It took around 5 hours to finish.

We’re not exactly sure how many people it can support, but there are photos with as many as five people lounging in it, so it’s probably quite strong.  Take that Bliss Triple and your 770-pound maximum limit!

My rope-weaving skills being the nonexistent ability that they are, I do wish Knowhow Shop does a video tutorial of how to make the Mutant Hammock, since it looks like an awesome weekend project that could make for many hours of fun in the backyard.  Click below to see more pictures from the event, along with shots of the finished product.