Can MX3D Really 3D-Print A Steel Bridge In Mid-Air? 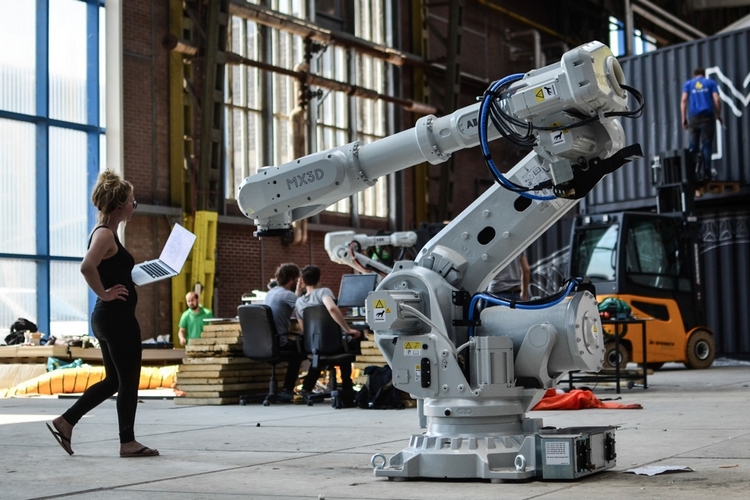 We can 3D print a heck of a lot of all things now, from small toys to candies to full-sized kayaks. MX3D, though, wants to 3D print something entirely unheard of: an entire steel bridge. And they want to do it right in mid-air.

Using six-axis robots that can fabricate using metal and resin, the company will build a 24-foot-long bridge over a canal in Amsterdam. Instead of fabricating the parts in a shop before installing them on site, though, their robot will perform the manufacturing directly on the location, building the bridge piece by piece from either side of the canal all the way to a meeting spot in the center. 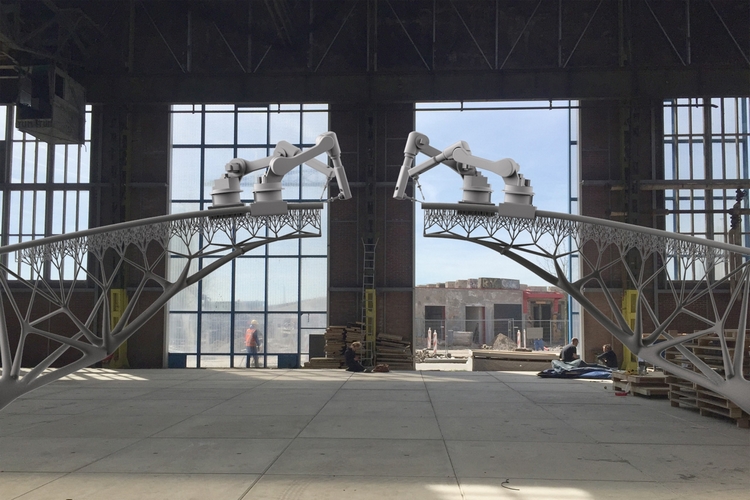 MX3D’s 3D-printing robots don’t have a printing bed like traditional desktop printers. Instead, the material is extruded right on the building spot, with the robot moving along a track in order to build sections above the canal. Rather than a fixed track, though, the robots will also 3D-print the tracks as they go, building them towards any direction, making for highly-dynamic building capabilities.

According to the company, the bridge they’re building will be an arc-shaped structure, with intricate ornamentation that will showcase the capabilities of the robots. Designed by Joris Laarman, the as-of-yet unnamed bridge will be made from a steel composite developed by the University of Delft, giving it the strength necessary to support foot traffic across the canal. It is expected to take two months to construct. 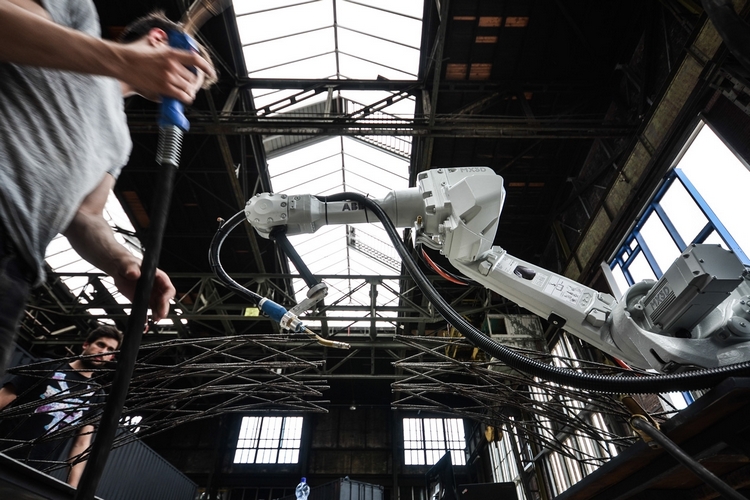 MX3D is currently working with various partners, including the City of Amsterdam, Autodesk, and ABB Robotics, in drawing up plans for the project. It is scheduled to commence the actual printing in 2017.