MXB Shocker Is A Motorized Sport Board For The Off-Road 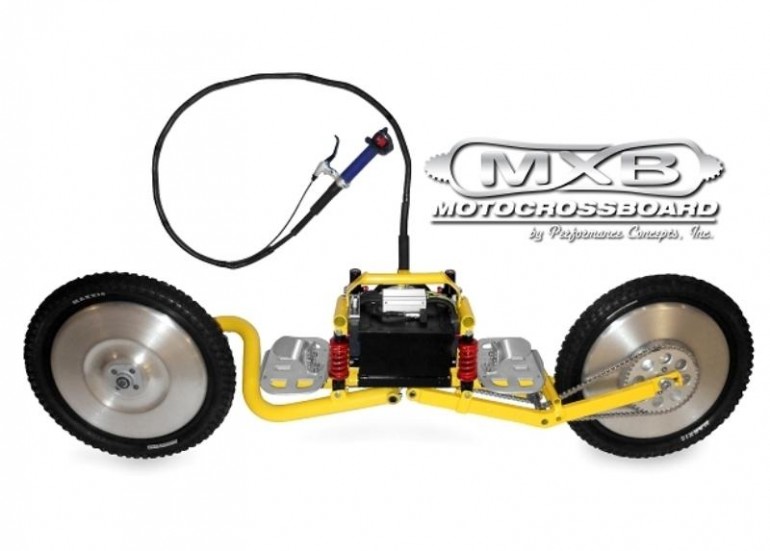 You can strap a motor onto a skateboard, but there’s no way it will be usable in an off-road environment.  While the MXB Shocker isn’t exactly a skateboard in neither looks nor function, it does let you ride upright on two wheels similar to one.

Billed as a “motocrossboard,” it pairs the motorized operation of a dirtbike with the riding style of a board.  Couple that with the ability to ride over any terrain (except water) and you get a whole new world of adventure sport to partake in. 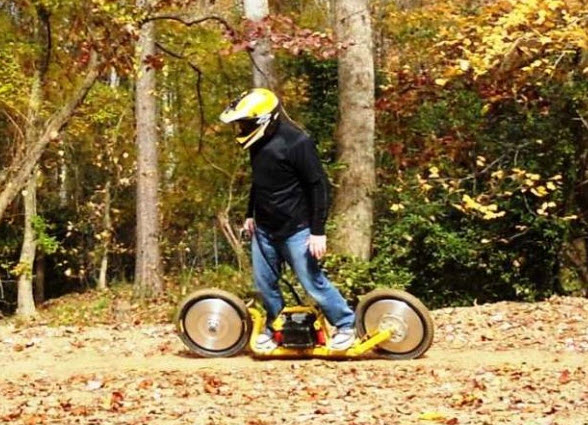 The MXB Shocker has a 4130 Chromoly chassis frame where the rider can stand, attached to two large 20-inch wheels.  Installed in the center of the board is a 1,490-watt electric motor, producing 4.73-lb/ft of torque at around 43 amps.  Speed is locked to 20mph, but can be extended to 35mph with a little tuning.  A rechargeable battery powers the motor for an average range of 18 miles. 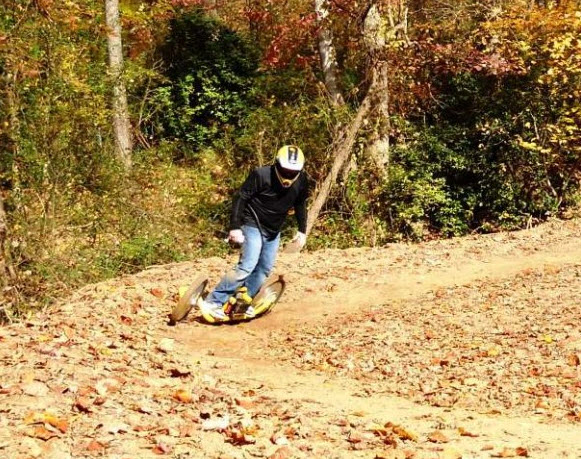 Steering is hands-free, achieved by leaning into turns.  A handheld control unit  tethered to the board allows you to control throttle and braking.  They offer a variety of binding options to keep you from slipping off the motocrossboard, including release boots, foot hooks and handles.

Designed to carry riders up to 290-lbs. (although they recommend it for 185-lbs. and below to extend the life), the MXB Shocker weighs a relatively manageable 74 lbs., making it easy to load onto the trunk of your vehicle for hauling to your off-road destinations.  Performance Concepts currently has it on pre-order for $2,999, with shipping scheduled for December 21.