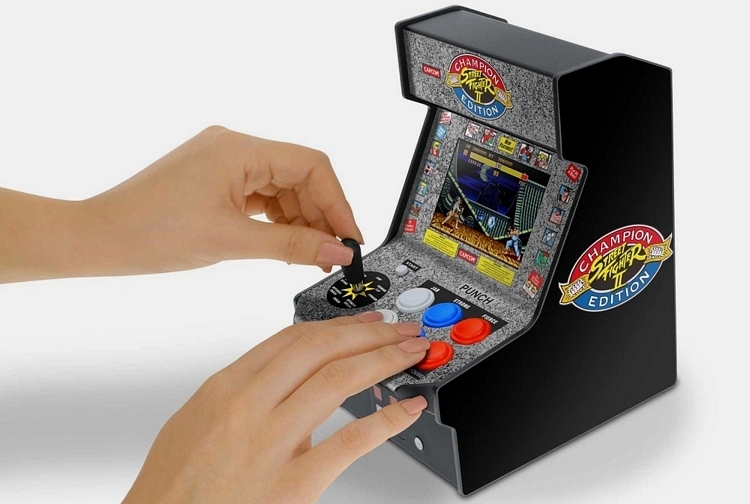 There’s no shortage of modern arcade systems that let you relive the glory days of button mashing on retro Street Fighter games. Heck, you can even get one covered with Street Fighter artwork all throughout the enclosure. Problem is, not everyone has the room to accommodate one of those full-size or three-fourth size arcade cabinets that you can get in stores. You know what everyone has room for? The My Arcade Street Fighter II Champion Edition Micro Player.

A 1:10-scale arcade cabinet, it’s a miniature version of the upright game machines of old, coming in a size that fits snugly on coffee tables, kitchen countertops, and even on a spare corner of the workbench in the garage. When you’re done playing, it’s small enough you can even stash it in a cabinet somewhere, making it a convenient way to get your fill of old-school fighting game button mashing. 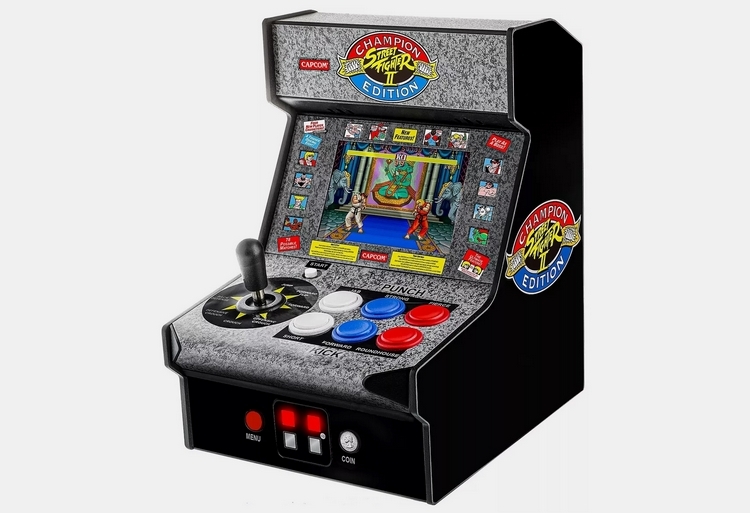 The My Arcade Street Fighter II Champion Edition Micro Player is a miniature arcade cabinet measuring 7.5 x 6.25 x 5 inches (height x depth x width) and weighing 1.3 pounds. There’s only one game onboard, Street Fighter II: Champion Edition, so it’s just like one of those classic game cabinets from the heyday of arcade gaming, complete with artwork inspired by the Champion Edition arcade rig from 1992. As with any proper arcade system, it gets full-size action buttons with mechanical switches, six of them, in fact, along with a shorter but equally maneuverable eight-way joystick, so you can perform hadoukens, shoryukens, and spinning piledrivers just like kids in the 90s used to do it. 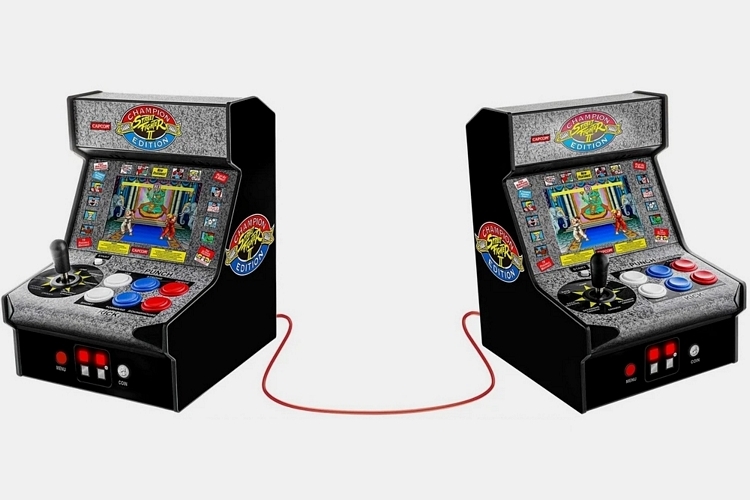 Because of the compact size, it only fits one set of controls, so you can only do single-player matches with the computer. That means, it’s going to get boring once you get used to each character’s AI, so you’ll want to change it up with a different challenge at some point. Fortunately, there’s a way to do that if you have a friend who also has the cabinet by simply hooking up the two rigs together. According to the outfit, you can engage in both two-player coop and versus modes, although we have a feeling you’d rather play the latter so you can trash talk your opponent the same way kids did at those arcade centers from back in the day. 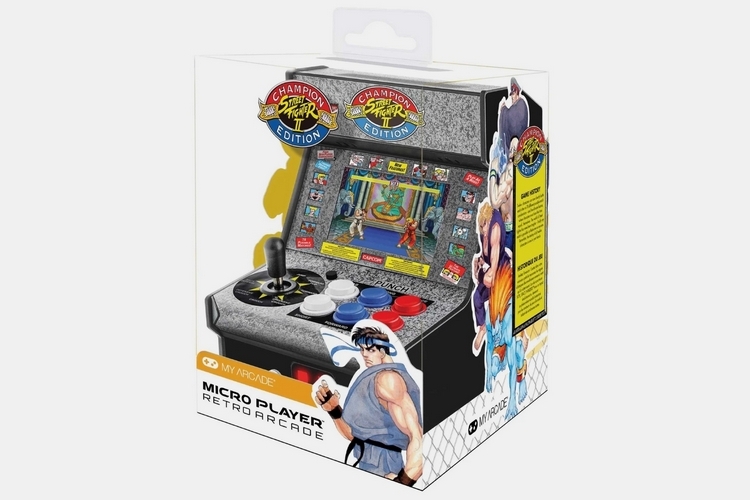 The My Arcade Street Fighter II Champion Edition Micro Player has a 3.5-inch screen, which might be small compared to the display on a full-size cabinet. Given the sharpness and clarity of modern displays, though, the visuals should be on par with those you will find on traditional mobile games for smartphones. Because of the small display and equally tiny board computer running it, it doesn’t require a whole load of power, allowing it to run on four AA batteries, so you can take it anywhere in the house. If you don’t have any fresh batteries, you can also hook it up via USB for power. Other features include a built-in speaker, a backlit marquee, and even a coin trap.