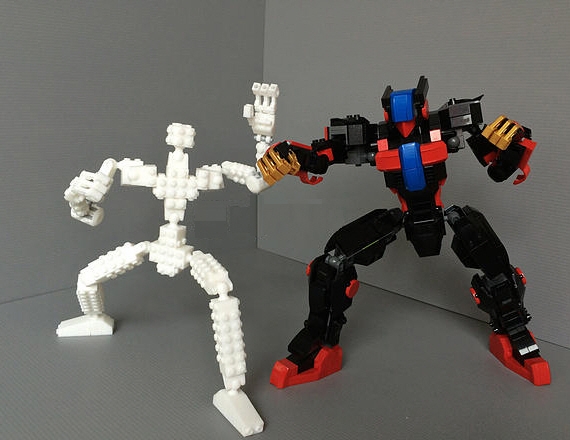 Building LEGO robot figures is fun and all, but if all they can do is stand there all stiff, they can only be so much fun to play with.  While using LEGO Technic pieces can let you make articulated robot parts, this new solution called MyBuild Robot Frame offers what appears to be a simpler, more cost-effective approach.  If you have access to a 3D printer, that is.

Made by Hero Design Studio, it’s a 3D model for an articulated skeletal frame, with integrated studs that you use to attach your choice of LEGO pieces.  That way, you can build LEGO robot figures that can punch, kick, and even get down on one knee while shooting a bazooka and proposing to his robot girlfriend at the same time.  Awesome. 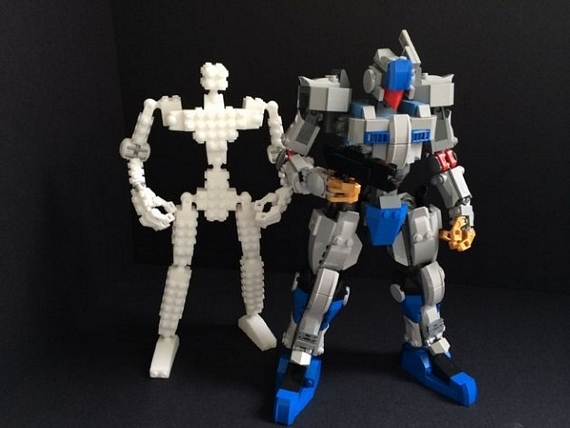 The MyBuild Robot Frame actually consists of several 3D-printed construction blocks (which they call “core bricks”) that you produce individually, then snap together to turn into the articulated skeletal mecha.  Once you get the frame together, then it’s all a matter of adding LEGO pieces to build the badass robot you’ve always dreamed of owning.

Oh yeah, the core bricks don’t have to be arranged exactly the way they recommend.  You can, pretty much, play around with it, so you can produce weird-looking non-anthropomorphic LEGO bots straight out of your childhood robot monster nightmares, as well as other objects (they seem to enjoy using the core bricks as a starting point to building LEGO rifles, for instance). 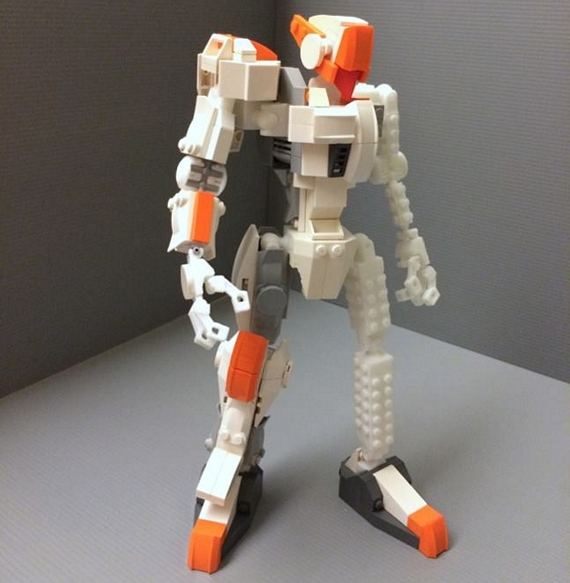 All the files you will need to 3D-print the MyBuild Robot Frame are available from the Hero Design Studio website.