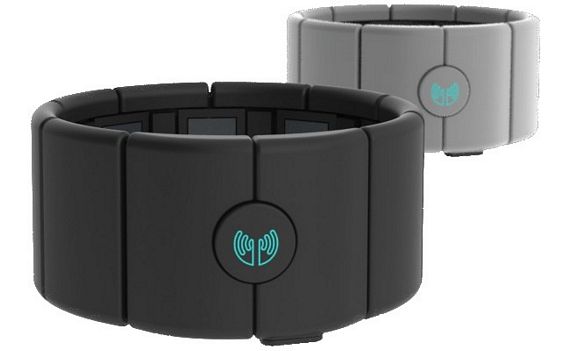 Now, here we were thinking camera-based gesture controls were the definite future of computers.  While that may still be a probability, it could very well be pushed to the side by devices like the MYO Gesture Control Armband.

Worn around your forearm like an armband, the gadget uses proprietary muscle sensors and a six-axis motion sensor to track your movements.  The muscle sensors detect the changes in hand and finger gestures, while the motion sensor tracks your arm’s position, enabling for a whole host of novel controls.  To ensure instantaneous logging of actions, the sensors measure electrical activity straight off the muscles, registering changes in movements even with the slightest twitch. 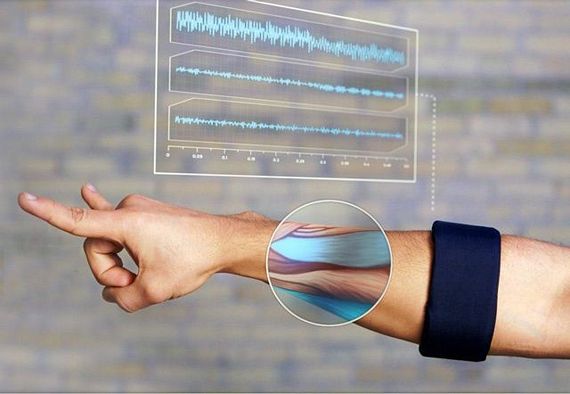 Similar to camera-based controls, the MYO lets you work a computer by swiping, tapping and performing other gestures in the air.   The detailed detection of even small muscle movements likely make it a lot more versatile, too, allowing developers to program plenty of controls that might prove impossible with more conventional optical sensors.  Of course, controls are restricted to whichever arm is wearing the band, so none of the multi-limb (and even full-body) tracking you can do with the Kinect, Leap 3D and similar technologies.

It comes with both Bluetooth 4.0 for communicating wirelessly with your computer and a rechargeable lithium ion battery to keep you untethered during use.   An adjustable link bracelet form factor lets it fit into most any arm sizes (unless, we’re assuming, you’re The Incredible Hulk).   Both Windows and OS X computers will be supported, along with iOS and Android for mobile.

Check out this mind blowing device in action in the video below.

The MYO Gesture Control Armband is currently available for preorder, with shipping scheduled late in the year.  Price is $149.