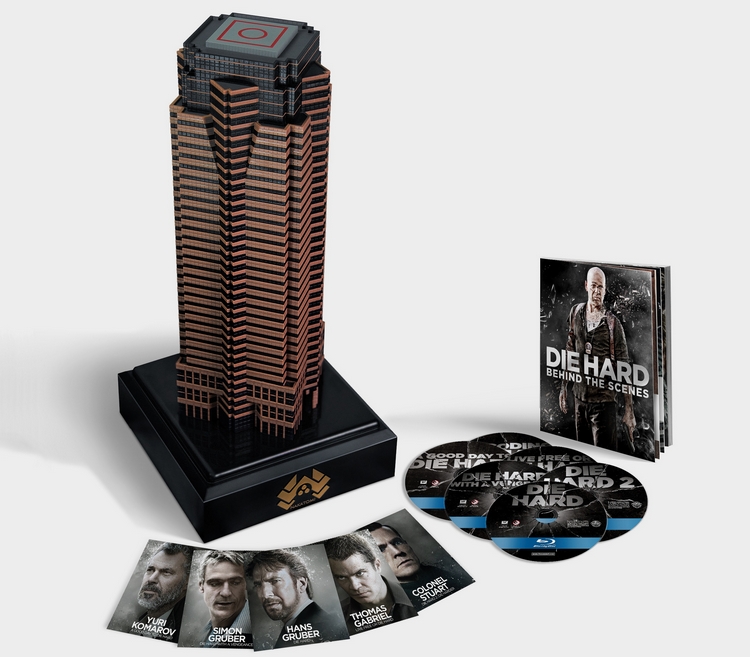 Everybody loves Die Hard. Yes, even the modern sequels. Well, maybe even the last one. But how much do you love John McLane and the franchise that spawned him? We imagine, those that love him the hardest will be scrambling to pick up Nakatomi Plaza: The Die Hard Collection.

Arguably the ultimate Die Hard collection, it’s a Blu-Ray set that collects all five films in the series, so you can relive them at home from the comfort of your living room TV. The centerpiece, however, is a replica of the Nakatomi Plaza, the series’ signature building, which also happens to serve as the storage case for all of the boxed set’s contents. And, yes, you can totally set it on fire while yelling “Yippee ki-yay” if you want to recreate that memorable climax from the very first movie. 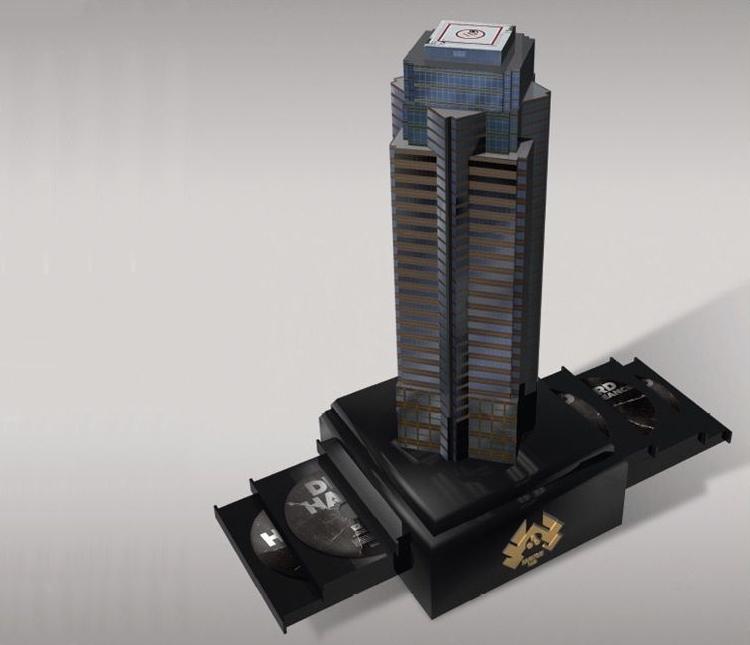 Nakatomi Plaza: The Die Hard Collection contains six discs, one for each of the five movies, along with the Decoding Die Hard bonus disc that gives an in-depth look at the long-running film series, featuring interviews with the talents and the filmmakers. The discs come with a slew of special features, some of which are new to the set, along with a 32-page behind-the-scenes booklet about the franchise and five cards depicting the series’ vanquished main villains, namely Yuri Komarov, Thomas Gabriel, Colonel Stuart, Hans Gruber, and Simon Gruber.

Available for preorder with a fall ship date, Nakatomi Plaza: The Die Hard Collection is priced at $89.99.