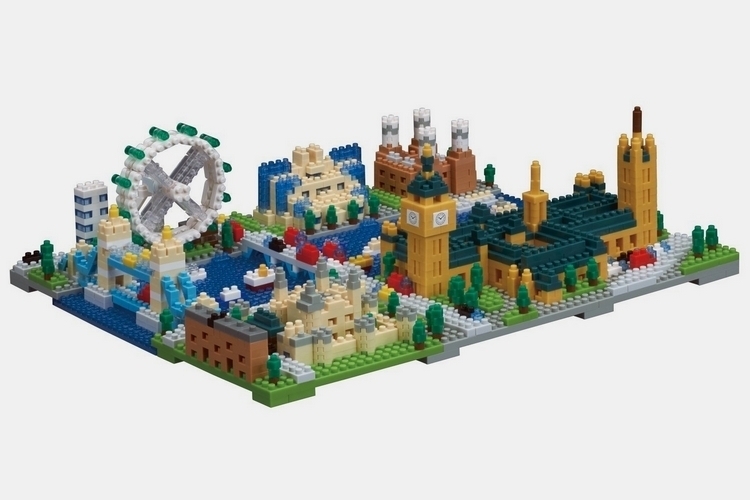 We love LEGO as much as the next guy, but they’re not the only construction toy in town. And truth be told, there are some awesome sets out there that will present brick builders with some satisfying challenge. This Nanoblock London Skyline Building Set is definitely one of them.

To the unfamiliar, Nanoblocks are construction toys made up of micro-sized bricks. As in bricks as small as 4 x 5 mm. That means, this won’t be as easy as a standard LEGO set to put together, with some sections requiring you to reach for a pair of tweezers in order to snap parts in place. Seriously, get those tweezers ready and make sure you keep a tidy play area since these things can be impossible to find when you lose them. We mean, how are you supposed to find a 4 x 5 mm brick? 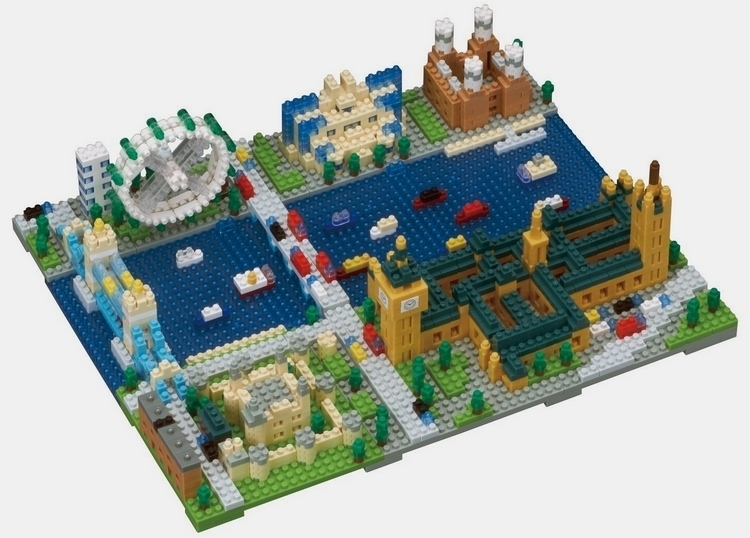 A part of Nanoblocks’ Sights to See Collection, the London Skyline Building Set lets you build a tiny tabletop version of The Old Smoke. Obviously, they don’t recreate every single building in the English capital, but you do get to build miniature replicas of Buckingham Palace, Big Ben, the Tower Bridge, and the London Eye Ferris Wheel. Each structure comes with a good load of detail, so there are plenty of tiny elements you’re going to be putting in place, making this a truly meticulous build. Sadly, this thing is too small for your LEGO London Bus to drive on its roads.

Aside from the buildings, the cityscape includes roads and a section of the River Thames, complete with cars plying the city streets and water vessels of varying sizes traveling down the water. Granted, the size makes it difficult to give the structures the kind of detail you’ll normally find on LEGO architecture projects, but for a construction toy you’ll have to inspect up close to appreciate, the details are well-made enough to make for quite a stunning visual. 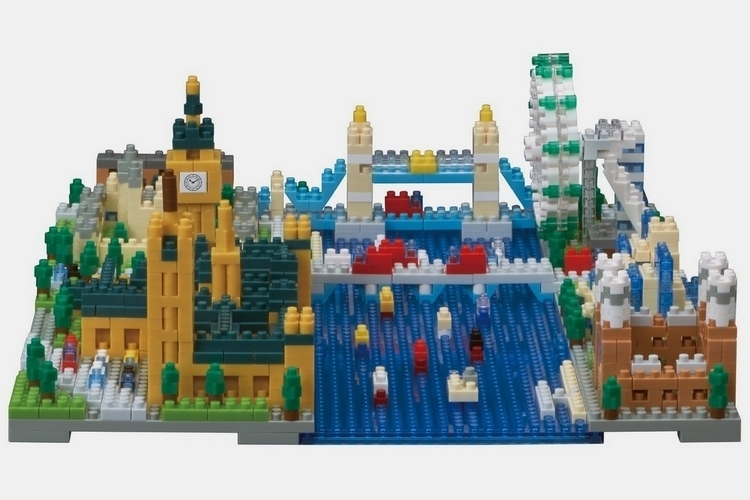 The Nanoblocks London Skyline Building Set comes with 1,630 pieces, which, combined with the small size of the bricks, means this will be a difficult build. According to the brand, in fact, this is a “level 4” in difficulty and will take around eight hours total in order to finish for the average brick builder. Do note, the tiny size means one misplaced brick will likely make it impossible to finish the whole thing, so there’s a good chance you will spend a lot of time trying to locate an incorrectly-placed piece once you realize something is out of order. Yeah, that’s part of the challenge of putting together something this tiny. 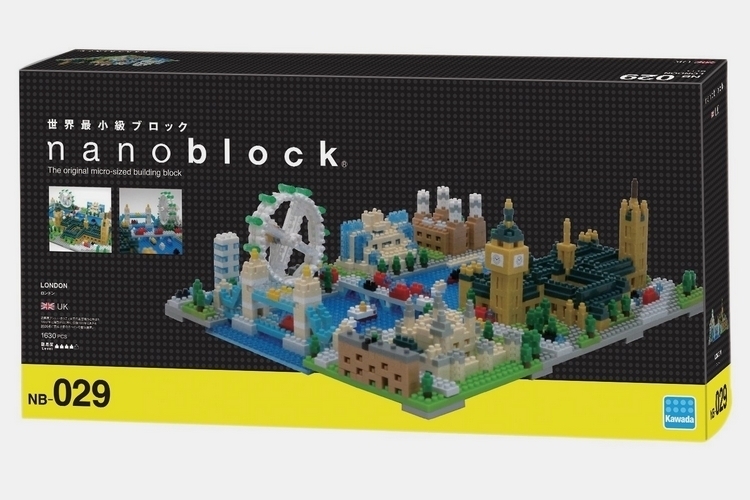 We can’t find the exact dimensions of the finished model, although based on other Nanoblocks sets we’ve seen, this should be something you can place on top of two outstretched palms. Yes, it’s that small. Like LEGO, you can use the pieces to fashion your own creations, whether it’s to recreate a different city, build a model robot, or create a smaller version of your favorite LEGO project.