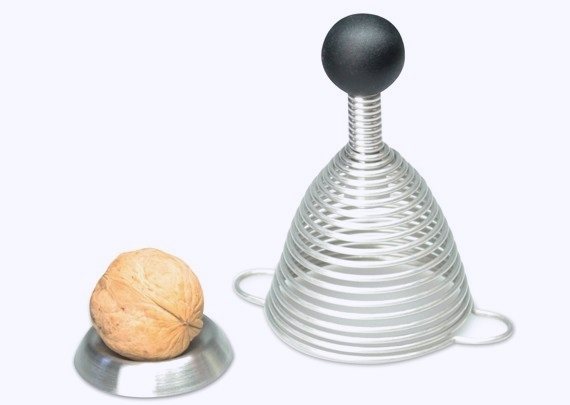 If anything, the Naomi may be one of the simplest nutcrackers you can buy. Despite the utter simplicity, its beautiful ability to violently decimate the shells covering the walnuts, almonds, and pistachios in your stretchy bowl make it infinitely more fascinating than the glut of similar products we’ve seen.

Made by German outfit Take2 Designagentur, it’s, basically, a slinky that, when stretched and released, will slam forcefully into a nut as it snaps back into the original shape. Yep, it’s that simple. And, yes, the uncomplicated brutality of that impact is as fascinating to watch as Hulk smashing whatever he darn well pleases in the 2012 Avengers movie. 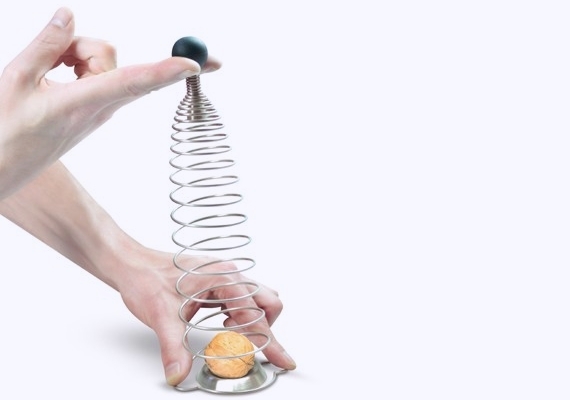 The Naomi Spring Nutcracker consists of a stainless steel base and a stainless steel funnel-shaped spring with a silicone ball on the narrow end. To use it, place the hard-shelled nut on the base, put the wide end of the spring over it while grabbing the anchors with your finger, pull the ball as far as you can, and release it to open the floodgate of split-second violence on the unfortunate walnut you’re eating next. The spring itself will cover the blast radius of the nut shells, so all walnut shrapnel will be confined within a restricted vicinity, saving you from having to clean up a wild mess on the table. Unstretched, it measures 10 x 6.5 cm (height x diameter), so it should squeeze in with no problems into crowded kitchen drawers.