Narconomics Examines The Drug Trade From A Corporate Perspective 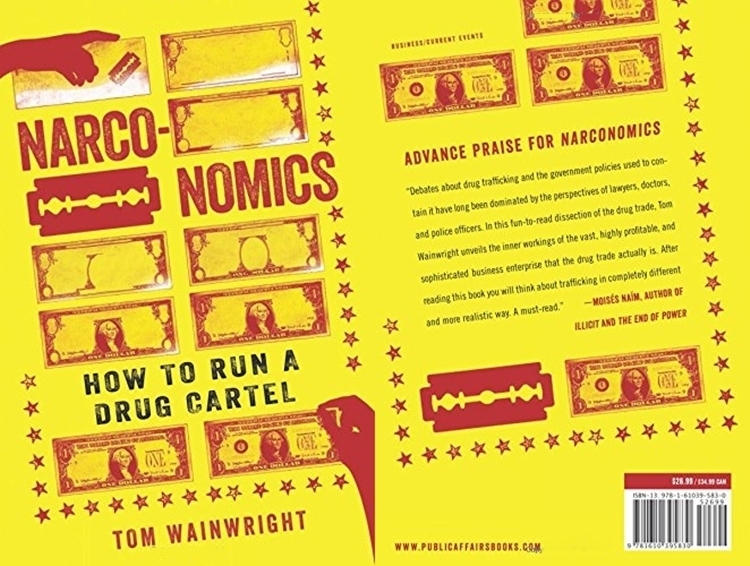 Between movies, TV shows, and the media coverage, chances are, you’ve already been exposed to a ton of information about the drug trade. Yes, there’s nothing pretty about it. Narconomics, however, offers a change in perspective, examining the drug trade from an economist’s point of view and presenting an entirely innovative take in the process.

Subtitled “How to Run a Drug Cartel,” the book peels away the “war on drugs” filter we often use to look at the international drug industry, dissecting it instead with the same keen eye and learned mindset an economist would use to study any traditional business. The result is a refreshingly fresh take on drug cartels that, the book claims, can also serve as the blueprint to defeating them permanently.

Narconomics looks at a variety of drug operations, including the South American drug cartels, the Central American prison drug trade, the pot shops around Colorado, and the online operators who do their business through the Dark Web. Using both classical economics and modern business theory, author Tom Wainwright looks at each one the same way a corporate profiler will dissect a company – how they create brand value, how they handle customer service, how they innovate on products, how they conduct media relations, and so on. Basically, the things we don’t really focus on when talking about such a deadly organization as a drug cartel. This goes on over 288 pages, interspersed with some colorful characters of the drug scene explaining the finer points of the business, from the purpose of gang tattoos to the mechanics of making business-critical decisions to the way they approach social responsibility.

Slated to come out February 23rd, Narconomics is priced at $16.20 for the hardcover.