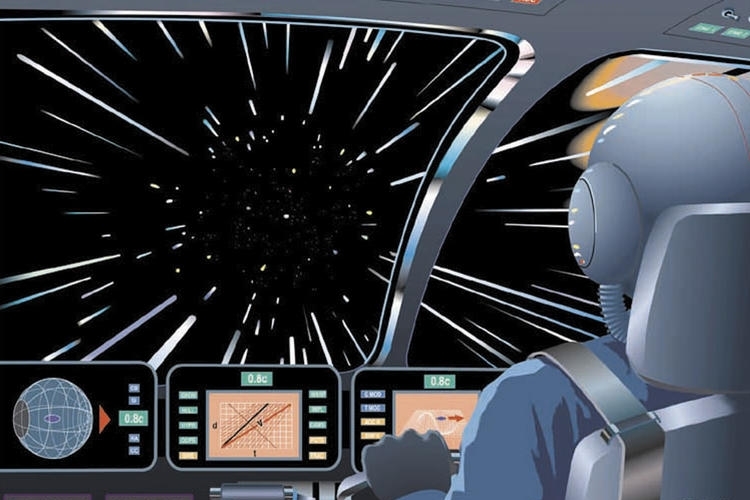 As much as we would like to explore planets away from our own solar system, everywhere else is just too darn far. Unless we’re able to travel at the speed of light, exploring beyond nearby planets just isn’t going to happen. Well, that might change soon if unconfirmed reports of NASA’s discovery of a warp drive prove to be real.

Yes, a warp drive. That speculative propulsion technology that allows interstellar travel in science-fiction might actually… possibly… potentially become a tangible thing. Well, if the rumors are true, anyway (which, they’re probably not… but our fingers remain crossed).

Talks of warp drive around NASA comes courtesy of testing being done at Eagleworks for the EM Drive, itself a largely theoretical thruster that can propel spacecrafts (and, basically, any vehicle) without the use of any propellants, essentially breaking Newton’s laws of motion. According to the discussion on the NASA Spaceflight forum, a research team shot laser beams into an EM Drive’s resonance chamber and were surprised to find some of the beams moving faster than the speed of light. The laws of physics, of course, forbids anything from moving faster than light’s constant rate, which would suggest that those aberrant laser beams are creating some sort of warp bubble in the space-time foam.

In theory, that warp bubble can be used to contract space-time in front of a ship, flow over it, and then restore the normal field back behind it, transporting the spacecraft instantaneously from one place to another. Yes, we’re far from even thinking about that, even if the claims about the EM Drive testing were true, but it’s really fun to imagine the possibilities.

Numb your brain reading the discussions over at the forums from the link below.