Navdy Puts A Voice-Controlled HUD On Your Car’s Windshield 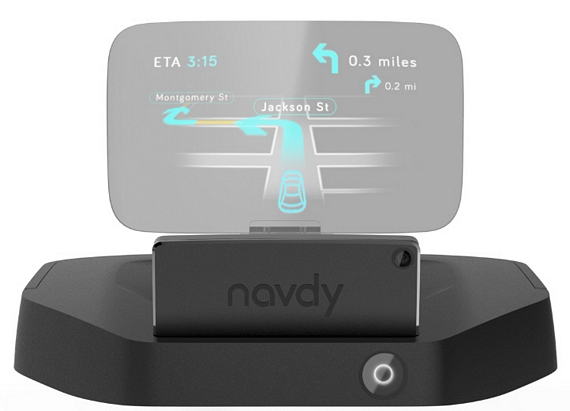 Turning the windscreen into a heads-up display is sounding more and more like it’s going to be a definite part of the future of cars.  It just makes so much sense.  While Jaguar’s sophisticated windscreen HUD will probably take a few years to realize, motorists can get a pseudo-taste of that future with the Navdy, a dashboard accessory that displays important items through a transparent display set against the vehicle’s windshield.

While it’s not the first device to bring a HUD to windscreens, it’s probably the only one that can integrate with any car, as well as work with any iOS and Android smartphone.  Even better, it can show information well beyond the typical in-car infotainment, letting you receive alerts for text messages, Facebook updates, and any smartphone notification at the same time you’re looking straight at the road ahead. 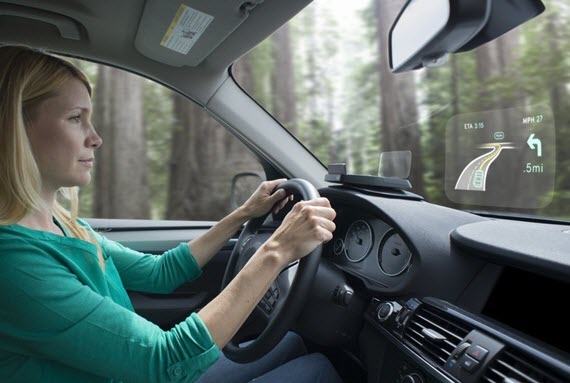 Navdy consists of a transparent 5.1-inch panel and pico projector assembly that you can mount on any part of the dash.  The idea is for the display, which they claim to be 40 times brighter than an iPhone screen, to look like it’s floating right in front of you, so you can fix your eyes on traffic while staying informed.  When paired with a smartphone, the accompanying app will show alerts and notifications from sources you’ve previously selected using a minimal UI that dispenses of the busy clutter of a standard app interface.

Navigation remains the primary purpose of the HUD, so it’s a permanent fixture on the display, with notifications appearing in conjunction with the navigation elements, rather than replacing it entirely.  It can also connect to the car’s computer, letting you monitor performance and diagnostics right from the projected display. 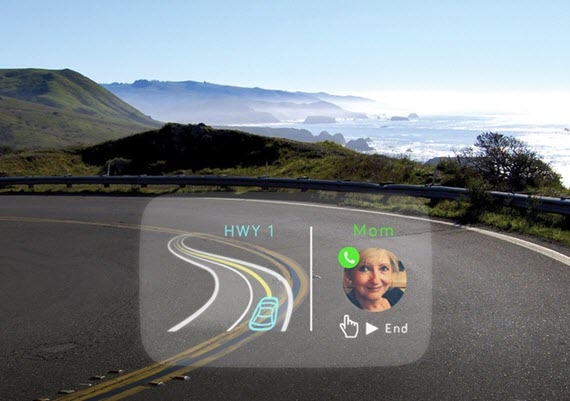 To respond to notifications, you can either use gestures (it supports left and right swipes) or voice commands.  The latter mirrors some of the features available in Google Voice and Siri, so you can compose messages, call contacts, and control music playback by simply speaking while you continue to operate the vehicle.

A private crowdfunding campaign is currently running for Navdy.  Pledges to reserve a unit starts at $299.