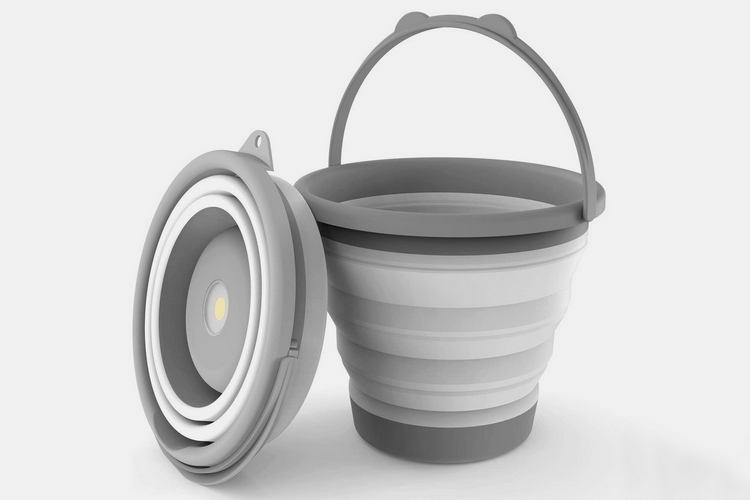 Collapsible buckets are great – they give you a functional watertight container that can flatpack for convenient storage, making them ideal for bringing to the outdoors. The NEBO Brite Bucket does regular collapsible buckets one better by integrating LEDs, allowing it to function as a camp light once you’re done fetching water by the lake.

That’s right, they made a bucket that’s also a camp light, so you can fetch water, collect firewood, and carry fish in the same contraption that you use to light up the camp at night. Whether you’re spending your outdoors time fishing, exploring, or just hanging out at camp the same way you spend lazy Sundays in the backyard, this thing should prove itself a useful addition to your essential stash. 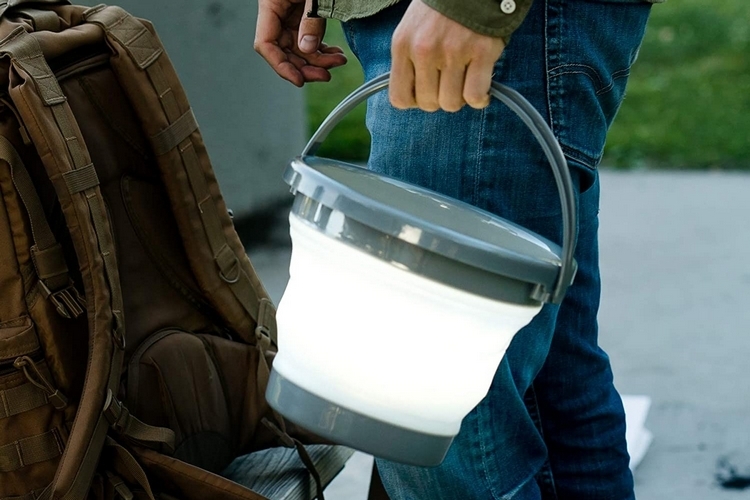 The NEBO Brite Bucket is a collapsible bucket that measures 10.25 x 7.7 inches (diameter x height) when fully deployed, with five liters of volume capacity, making it an extremely useful container to have around at camp. Able to collapse to a size measuring just 10.25 x 2.25 inches (diameter x thickness), you can strap it down or squeeze it inside your pack without any problems, making it extremely convenient to bring along, whether you’re on the drive to the base camp or on the hike deep into the backcountry. Construction is TPR rubber, so it should shrug off impact without breaking a sweat, all while holding up to a decent amount of weight, so you can use it carry water, tools, and supplies alike. 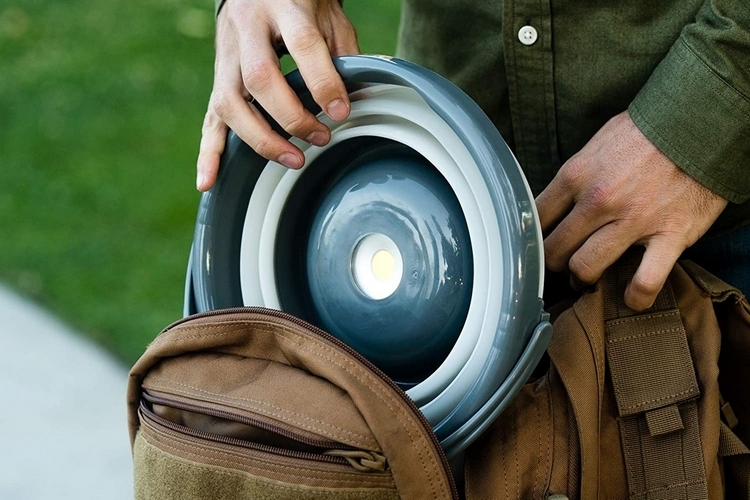 It works much like any collapsible bucket, with segments that collapse into the outer section and allow it to break down into a really small size. Unlike other collapsible buckets, though, it has a puck light on the base, allowing it to serve as a functional lighting tool for use in the outdoors. The light, by the way, is removable, so you can take it off and keep it in camp for your friends to use, in case you want to take the bucket out to grab some water in the nearby river. The lighting unit is magnetic, too, so you can snap it onto ferromagnetic surfaces around camp, giving users more versatile mounting options. 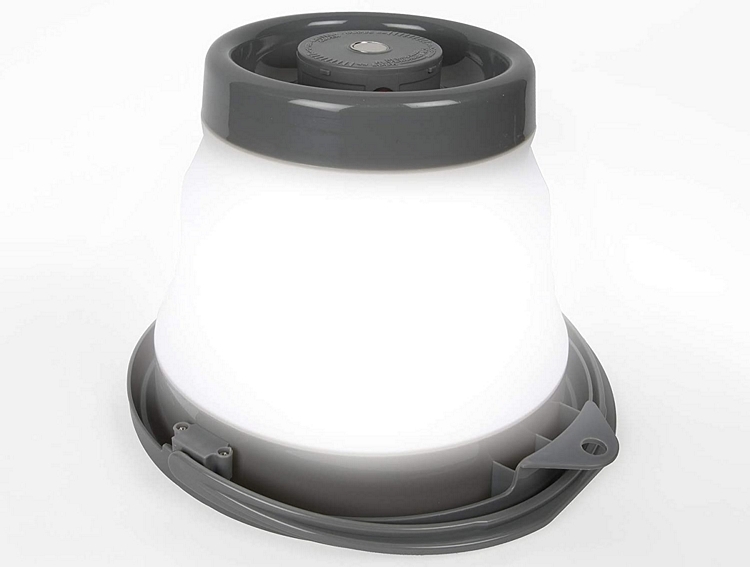 The NEBO Brite Bucket also has light-diffusing walls, so when you set the lamp down with the opening at the bottom, it can serve as a lamp for lighting a wide patch of your camp. Alternatively, you can use it like a giant flashlight (hold the bucket sideways), as well as a flood light if you decide to collapse the bucket first before turning the LED on. It has a 200-lumen LED that, the outfit claims, should produce visible light for up to 19 meters. It has two brightness settings, high (200 lumens) and low (60 lumens), with the onboard battery lasting three hours for the former and six hours for the latter. There’s also an SOS mode, by the way, which uses the 200-lumen setting in an intermittent sequence. When kept on in this mode, the battery will hold up for around eight hours. 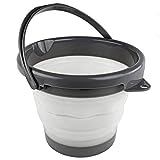