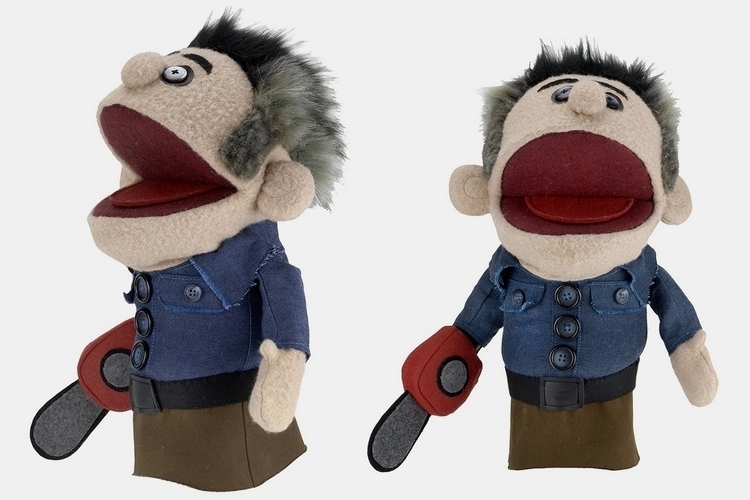 The second season of Ash vs Evil Dead introduced us to Ashy Slashy, the evil hand puppet that spent the better part of two episodes convincing Ash he was losing his mind. Despite its relatively brief stint in the show, the puppet became an instant favorite among the show’s loyal fans. And now, those same fans can have their own Deadite puppet in the form of the NECA Ash vs Evil Dead Ashy Slashy Hand Puppet.

That’s right, you can now own a miniature Ash that can attach itself to your hand and spend the day convincing you of the most nefarious things. Whether you want to reenact the asylum scenes from the show or just want a Bruce Campbell puppet to brighten up your days, this thing absolutely fits the bill to a tee. 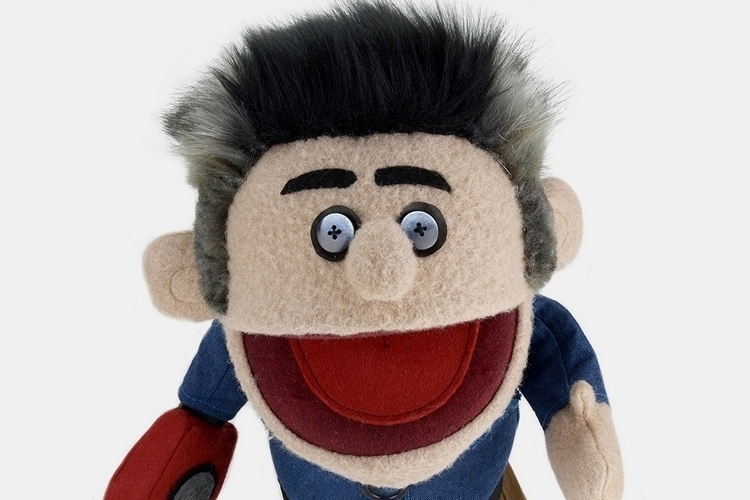 Just like the model toy from the show, the NECA Ash Vs Evil Dead Ashy Slashy Hand Puppet is a striking likeness of Bruce Campbell’s Ash Williams character, complete with the gray sideburns, blue button-down, and a chainsaw for a right hand. As such, you can totally stage your own Evil Dead puppet show with this thing in tow, provided, of course, you can bring the same humorous personality that’s made Ash such a beloved character over many years. Whether you make it hit on girls, fight demons, or pipe a snarky remark, this thing will look totally perfect for the part.

Like other hand puppets, you use it by sliding your hand at the bottom and controlling the mouth with your hand. It’s pretty straightforward. There’s no way to control the arms on the sly, although it’s articulated underneath the sleeves, so you should be able to pose it in a variety of ways, allowing you to change up what the character’s doing any time you please. Want to make it look it’s going to attack a Deadite with that chainsaw hand? Not a problem. How about making it look like it’s welcoming you in a warm embrace? Sure, that should work. Basically, the articulated arms open up the puppet to a whole host of possibilities. 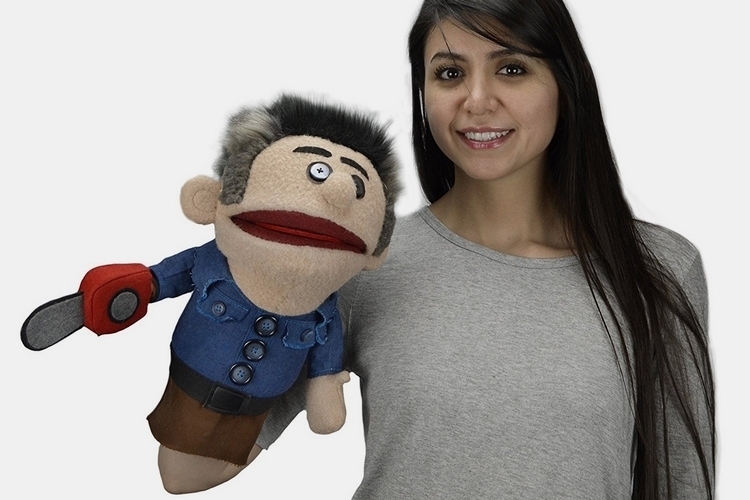 The NECA Ash Vs Evil Dead Ashy Slashy Hand Puppet measures 15 inches tall, so it’s big enough to be easily visible from a short distance, allowing you to use it for entertaining groups of kids during parties. We know, entertaining kids with tales of demonic possession from the point of view of a foul-mouthed protagonist sounds utterly dumb, but, hey, if you can pull it off, more power. 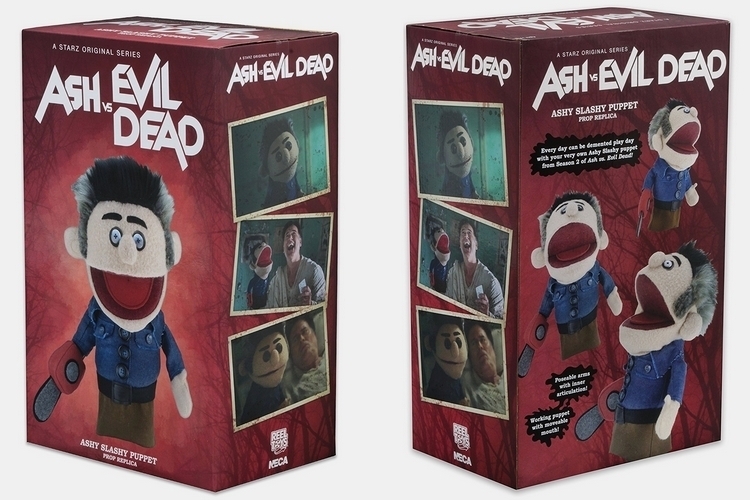 While sold as an erstwhile regular puppet, there’s no guarantee that the toy won’t be taken over by a Kandarian Demon, so it’s fair to warn you that any consequences stemming from bringing one into your home is your responsibility. If that ever happens, make sure to have a pistol on hand, so you can kill it the same way Kelly destroyed the puppet during their epic fight scene.