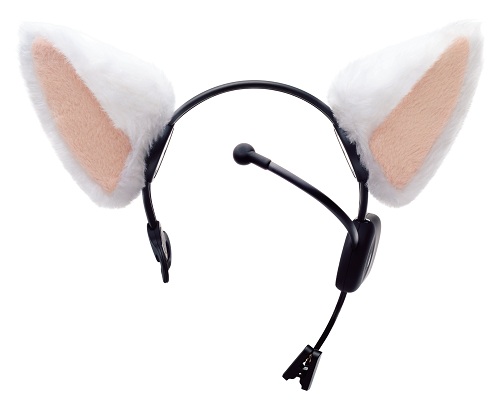 There’s something sexy about girls wearing cat ears.  And something absolutely creepy about guys doing the same.  When those cat ears can move on command like they’re real appendages, I don’t care if you’re a babe or a dude — it’s a hilarious bundle of awesome.  That’s exactly what the Necomimi does.

Using the same brainwave-reading technology used in toys like the Telekinetic Obstacle Course, the headband’s cat ears will move according to your state of mind.  When you’re relaxed, they droop down; when something catches your attention, they’ll perk up; when you’re excited, they’ll wiggle. 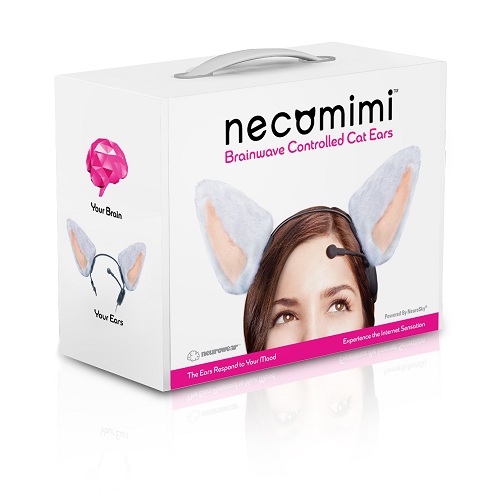 Unlike most brainwave-powered headsets, the Necomimi is actually a lot less cumbersome-looking.  The top of the headset features a pair of curved plastic pieces that can bend according to the size of your noggin, with a soft elastic strap that secures it to the back of your head.  It comes with an onboard battery pack that holds four AAA batteries slotted above the left ear.

When first turned on, the headset will require a two- to three-minute calibration period, where it will cycle through all possible states to figure out how to read the crazy thoughts going through your head.  Once that’s done, though, you can command it at will, bringing you one step closer to your life’s dream of becoming a full-time furry.  Now, if only they can come up with a cat tail that sticks to your posterior and moves while reading your mind.

The Necomimi is available directly from Neurosky, priced at $99.95.