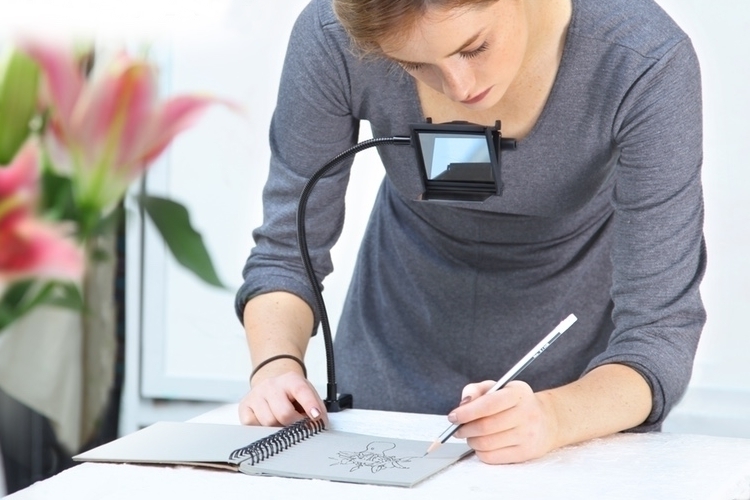 It was four years ago when the team behind NeoLucida campaigned to revive a long-obsolete drawing tool on Kickstarter. After that original campaign proved successful, the outfit is back with a bigger version called the NeoLucida XL.

Like the original, the new devices uses a mirror and glass setup to superimpose a ghost image of your subject over your sketch pad, except with a larger viewfinder this time around. From there, you simply trace the image to create a precise likeness of whatever you’re to recreate in illustrated form, whether it’s a flower in your garden, the view outside the hotel window, or a giant Alien Queen statue. 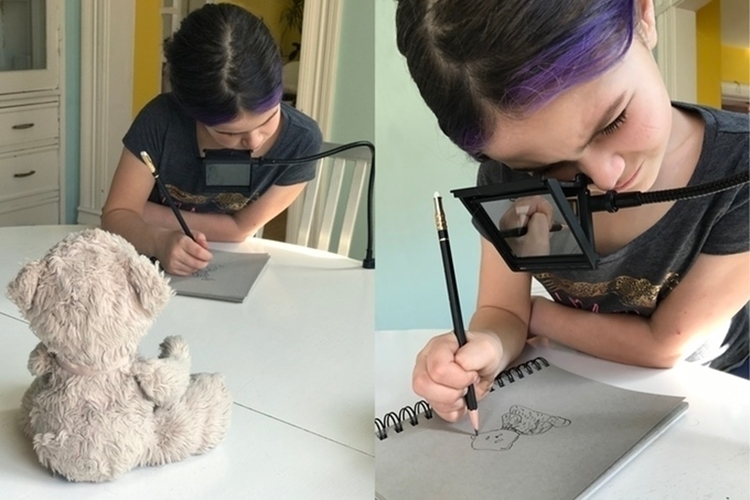 The NeoLucida XL’s viewing mirror-and-glass component is held on a flexible arm that’s attached to a clamp on the other end. To use, simply clamp it to the edge of your drawing table, then position the head so that the mirror is facing your subject while the glass faces the sketch pad. From there, you just look through the glass while drawing to see the subject superimposed the entire time, making it a whole lot easier to reproduce anything in a more precise manner. 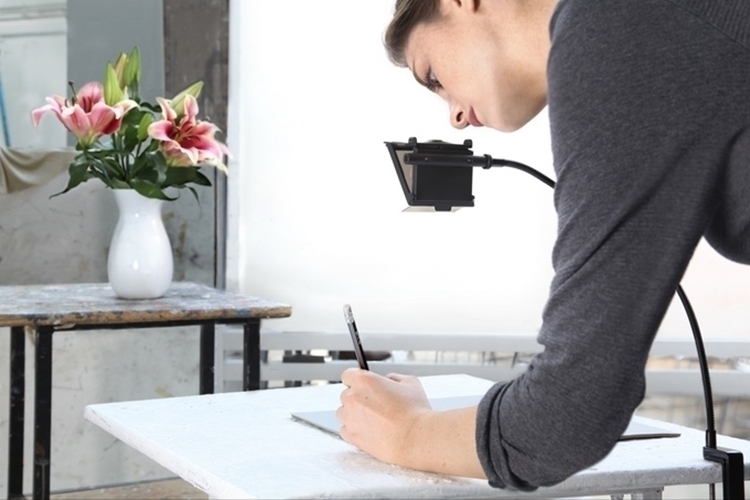 Features include a light weight of just 10 ounces, a shader accessory you can insert either in the front or bottom slot to change the lighting, and a head that’s both detachable and foldable, allowing you to streamline the setup if you need to bring it outside. It comes with a bundled carry pouch.

A Kickstarter campaign is currently running for the NeoLucida XL. You can reserve a unit for pledges starting at $60.