Nephelios Shows Blimps Can Do That Solar Power Thing Too 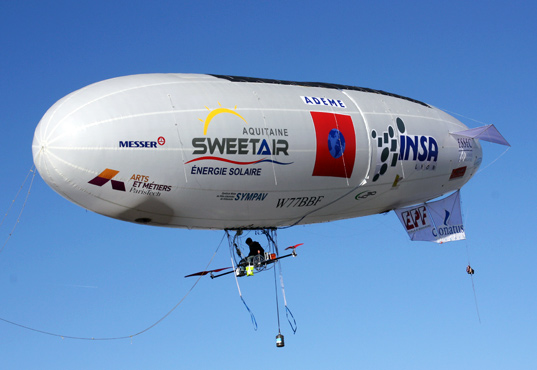 Soon, all man-made vehicles just might run on solar power.  Yes, even those retro-fabulous airships.  In fact, the world’s first solar-powered blimp, the Nephelios, is about to make its maiden run across the English channel.

Created by a team of French students, the sun-soaking airship is a year behind schedule, originally set to take to the skies last summer.  With their budget problems sorted out, the ride’s now complete and is being readied for a one-hour journey that will take it from Calais to Dover. 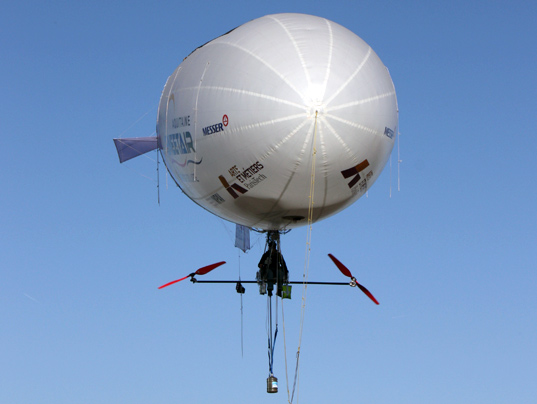 Nephelios will generate electricity using semi-flexible solar cells that generate a peak power output of 24kW, arranged in a large array lining the top of its helium-filled envelope.  It measures 72 feet long and 18 feet wide, built on a nylon and polyethylene aluminum frame.  Two big propellers controlled by the onboard motor pushes the airship and its lone passenger at a speed of up to 25mph.

Awesome, right?  Actually, I’m perturbed.  I always thought blimps ran on pixie dust, manufactured from dried unicorn dung.  So color me shocked to find out that gas causes it to rise and onboard engines propel it through the air.  My whole world is officially… shattered.

The Nephelios is currently undergoing flight testing in preparation for the historic flight.