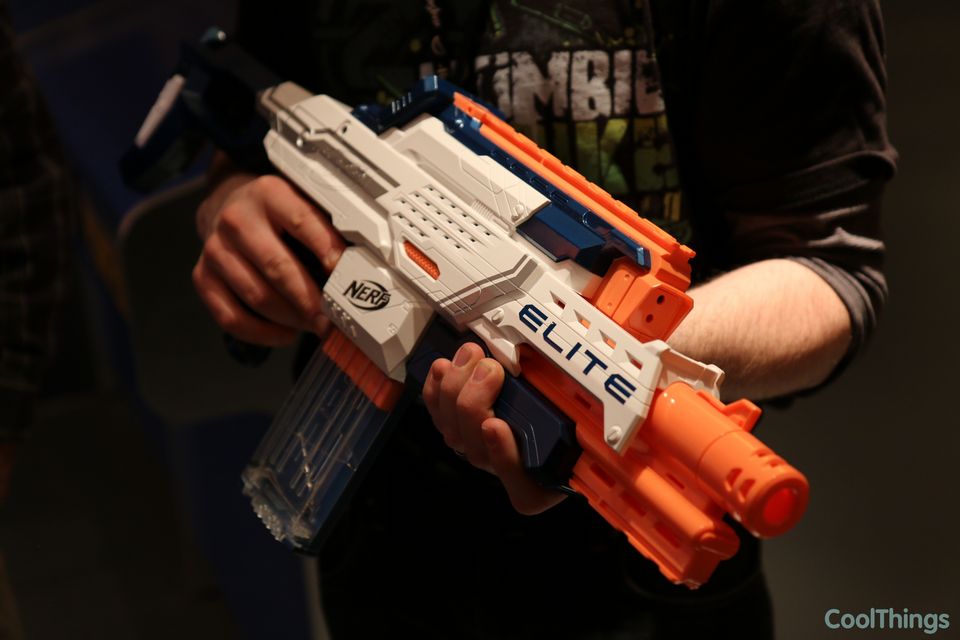 Sure, you can probably put a GoPro on a NERF blaster to get yourself first-person footage of your various foam-fighting adventures.  But why bother when you can now get the N-Strike Elite NERF Cam ECS-12, a blaster with an integrated video camera.

Granted, the onboard 0.3 megapixel camera’s 20fps video won’t exactly get you anywhere near the GoPro’s full HD quality captures.  Still, this gives you the ability to record stills and video right out of the box, with no need to experiment with clips, straps, and all sorts of mounting contraptions.  Plus, the built-in display comes with a crosshair to help with targeting — something a third-party action cam won’t exactly bring your way.

The N-Strike Elite NERF Cam ECS-12 is a single-fire foam blaster with an electronic flywheel clip that uses an acceleration trigger.   It’s far from the most badass blaster in the company’s arsenal, but the inclusion of a video system with a targeting aid should make it plenty useful during encounters.  Rate of fire is limited to how fast you can pull the trigger, but the acceleration trigger will allow it to shoot at targets up to 90 feet away.

The 1.77-inch display sits right above the trigger, with an extended piece of plastic to help reduce screen glare when waging wars in open daylight.  A set of buttons in front of the screen allows you to switch between stills and video, as well as play back and delete captures stored on the integrated SD card.  Four AA batteries power the camera for up to three hours of recording time, while another four AAs run the firing electronics.

Slated for release in the Fall, the N-Strike Elite NERF Cam ECS-12 Blaster will retail for $75. 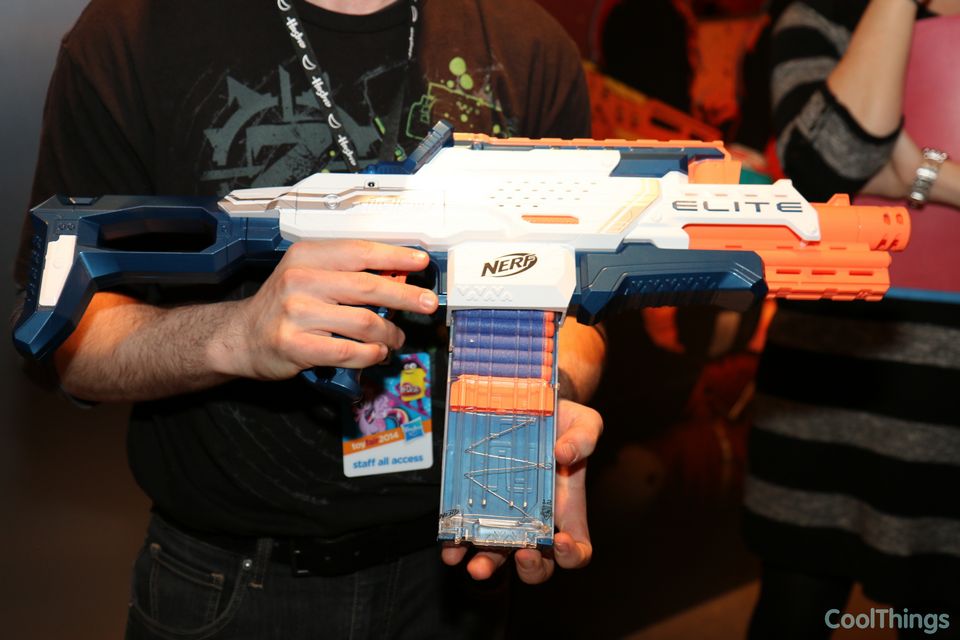 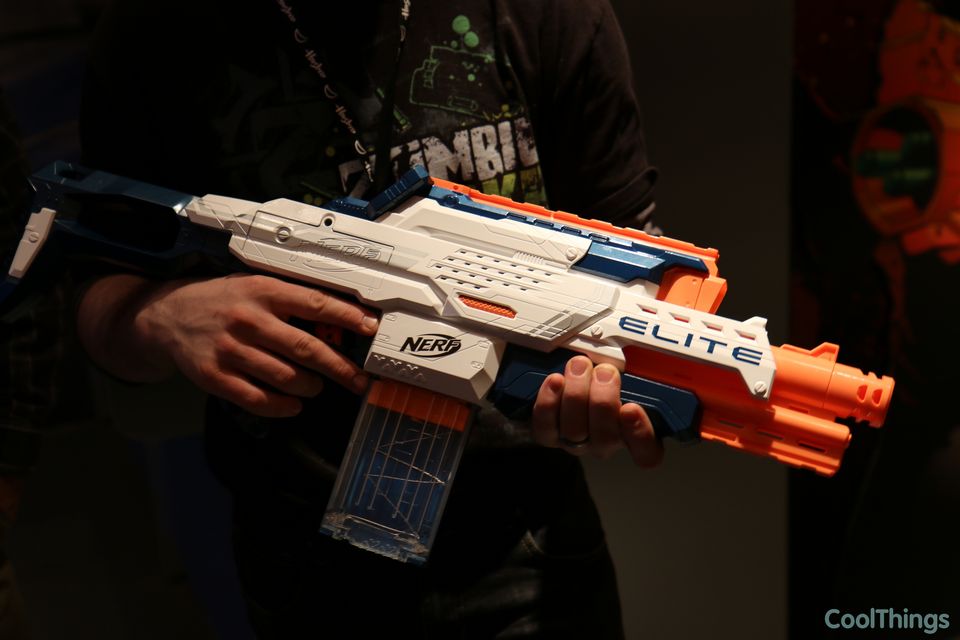 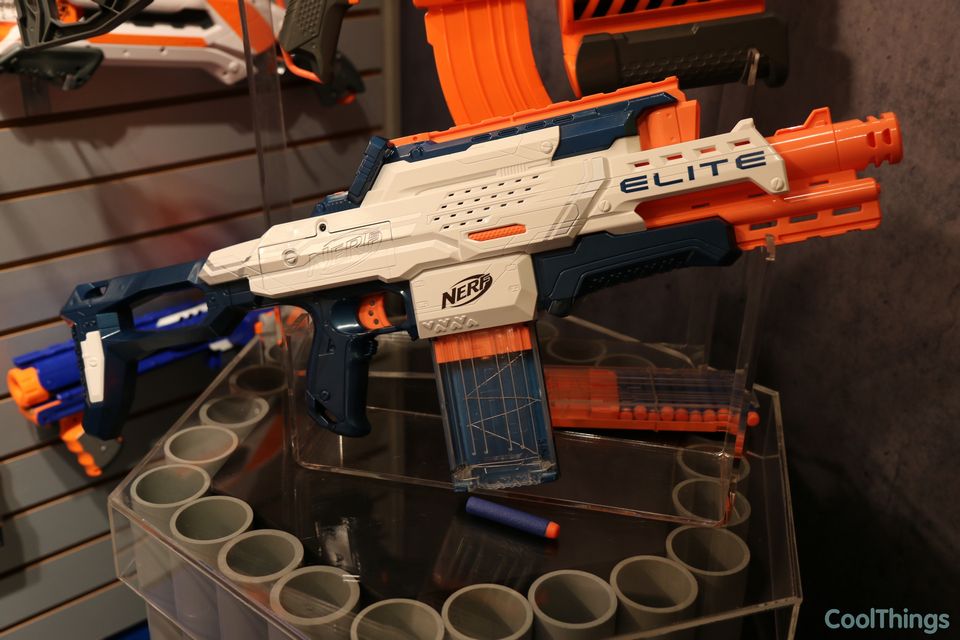 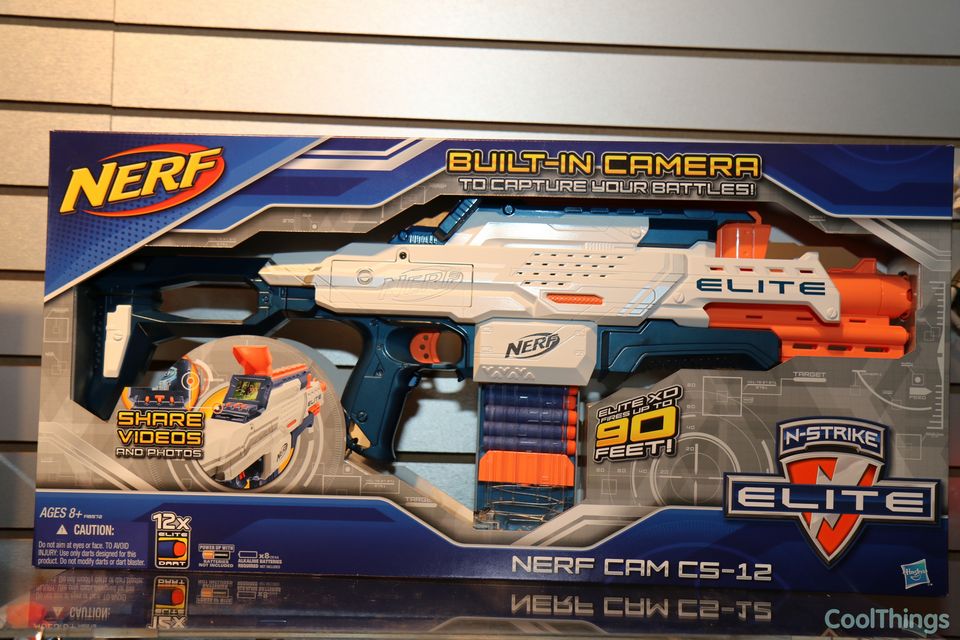 Check out the video below of Nerf Cam Blaster in action.