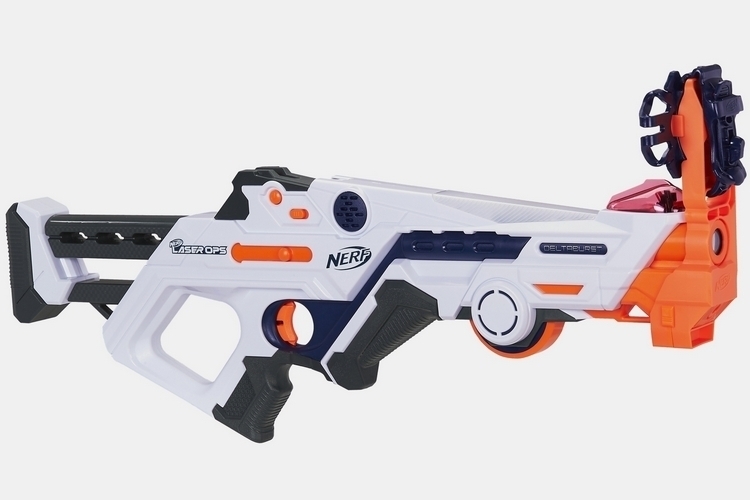 Laser tag is awesome. You know what’s not awesome? People playing laser tag that cover up the receivers in their vest, so they don’t get hit. If you have the same pet peeve when playing laser tag, then you’ll probably love the Nerf Laser Ops Pro.

A new set of laser blasters, it eliminates the cheating that’s become common in laser tag by making one simple adjustment: they put the hit detectors on the blaster itself. Specifically, they placed it under the translucent dome at the tip of the blaster’s barrel, so that if you cover up the receiver, you also cover up the transmitter. That means, you won’t be able to shoot if you’re hiding, which should force you to either engage or become a little more strategic. 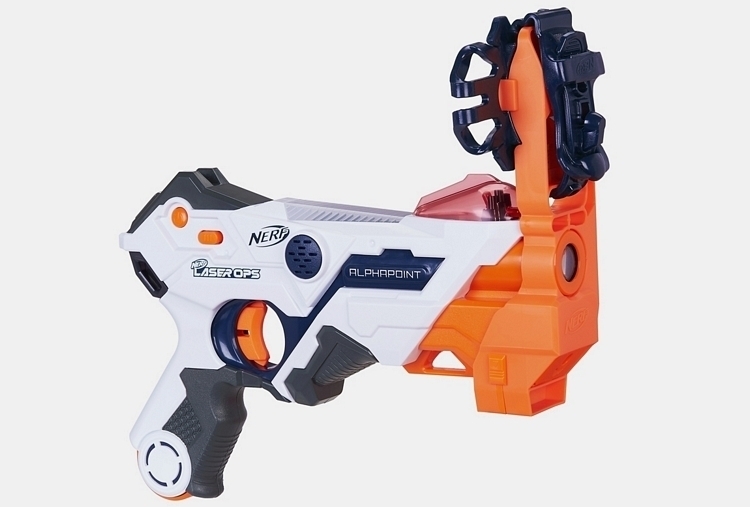 Because the receivers are mounted right on the blasters, the Nerf Laser Ops Pro doesn’t require players to wear a vest, which should leave players even more mobile and comfortable during play. That means, you only need the blasters to enjoy a game on the fly, so you can get in a shootout with somebody in the office without much preparations. The absence of foam balls, foam discs, and any other ammo makes it way cleaner, too, since you won’t be leaving any evidence you spent the last 15 minutes playing instead of working on that awful module you just can’t seem to fix.

Optionally, you can connect each blaster to a smartphone app, allowing it to track hits electronically. From the app, you can also form teams, making it great for organized group battles, as well as check scores in real time, giving you an accurate way to find out how well (or how badly) your team is doing. There are plenty of game modes available on the app, so you can vary your laser battles, complete with an option for custom games that allow you to define the constraints (e.g. time limits), allowing for even more dynamic play. And, yes, it comes with a mounting armband, so you can place your phone out in the open for easy access.

Don’t have anyone to play with? Not a problem, as the Nerf Laser Ops Pro app comes with a single player mode. To use it, you mount the phone in front of the blaster (using an included accessory) and walk around, firing at any targets that appear in the vicinity. Yes, it’s an augmented reality game, so it should feel like playing with any AR shooter, albeit with a huge controller.

Two blasters will be available during the initial launch: a pistol called the Alphapoint and a burst rifle called the Deltaburst. Both come with built-in vibrate mechanisms, so you can feel whenever you are shot, after which you won’t be able to fire for 15 seconds, so you best take cover after getting hit. A switch is available on each blaster to indicate the ambient light settings, as it sends different transmissions when you’re playing in daylight and when you’re playing in dark conditions. No word, though, on the blasters’ exact range.

Slated for availability in August, pricing for the Nerf Laser Ops Pro starts at $30.