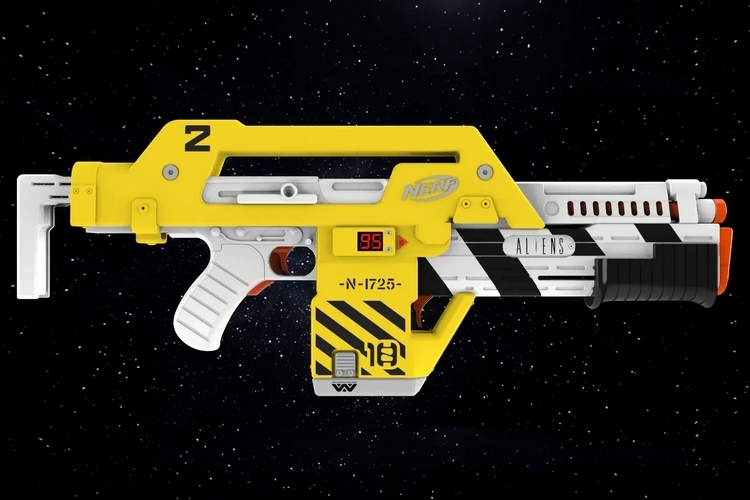 For some people, the P5000 Power Loader is easily the coolest thing about James Cameron’s Aliens movie. For others, it’s the Cheyenne utility dropship, which enabled rapid deployment for USCM troops, or the M41A Pulse Rifle, which allowed you to engage and take the fight to those otherworldly creatures. If you belong to that latter group, we have a feeling you’ll want to get your hands on the Nerf LMTD Aliens M41-A Pulse Blaster.

That’s right, Nerf is making a blaster in the likeness of the Colonial Marine Corps’ primary infantry weapon, allowing you to feel like Corporal Hicks while you introduce your friends to its fury during foam battles. Whether you’re an Aliens fan who worships at the altar of Riley    , a toy blaster enthusiast on the lookout for cool releases, or just a dude who wants to wield a Pulse Rifle while wearing your Seiko Guigiaro and Reebok Stompers, this thing is absolutely the blaster you will want to add to your shopping list. 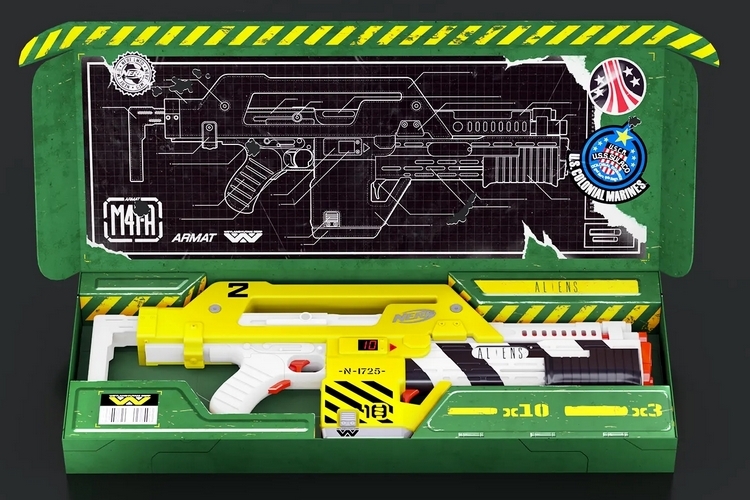 The Nerf LMTD Aliens M41-A Pulse Blaster captures the likeness of the rifle from the film, albeit in a more colorful scheme reminiscent of the Power Loader’s black-yellow-and-white motif. Because… you know… it’s still a Nerf toy and that bright yellow shell looks more playful than the tactical colors of the movie weapon. While the colors are different, the details are pretty faithful to the original rifle, so it looks exactly like the weapon Colonial Marine troops use to gun down their Xenomorph foes.

Inside, of course, it’s a lot more like a regular foam blaster. Equipped with clip that holds 10 Elite darts at a time, you can use it to fast-blast a barrage attack using the fully motorized flywheel shooting system, allowing you to inflict a big load of damage in a short span of time. It even has a digital ammo counter on the side that lets you easily keep track of how many shots you have left before reloading. 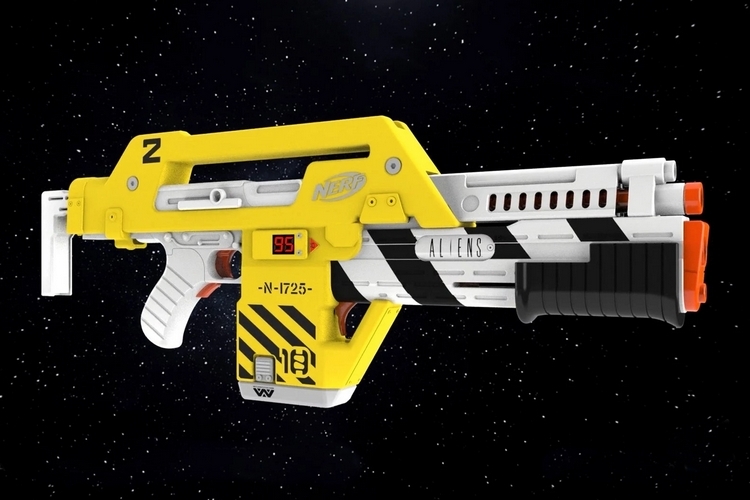 The Nerf LMTD Aliens M41-A Pulse Blaster also recreates the U1 Grenade Launcher on the film rifle’s underbarrel, complete with a pump action release system that’s fired from a second trigger out front. Since grenades are supposed to make for bigger blasts, that lower barrel uses the bigger Mega darts, one of which you can load directly on the barrel before firing. And yes, it comes with prerecorded sounds for both barrels, so it will make the same pew-pew battle noises as the rifles do in the movie. It measures 28 inches long, by the way, so it will make for a menacing weapon to take to the local park, although it does require four 1.5-volt C-type batteries to operate, so you’ll need to make sure you’re properly powered for a fight. 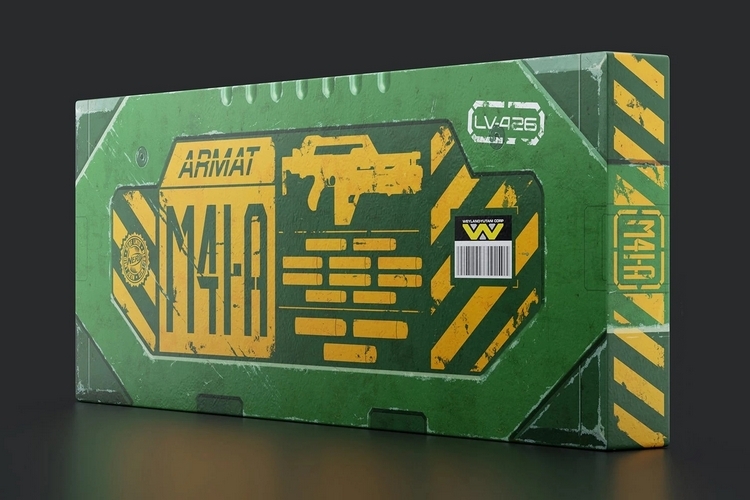 Each one comes with an elaborate packaging that shows a diagram of the pulse rifle, making it a gorgeous display piece you won’t mind showing off on a shelf, along with the blaster. Seriously, the packaging comes with embossed elements, gloss finishing, and plenty of other details, signaling they’re aiming this one at collectors who like to keep their toys in their original packages.

The Nerf LMTD Aliens M41-A Pulse Blaster is now on preorder, priced at $94.99, with an October ship date.