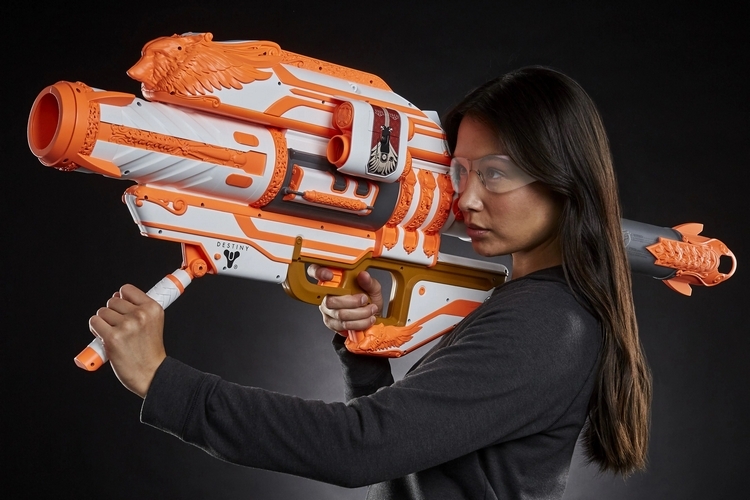 Sometimes, you need the fastest-shooting Nerf gun with the best range to truly stand out from the pack. Other times, you just need the biggest blaster you can get your hands on. Suffice to say, there aren’t many dart blasters as big as the Nerf LMTD Destiny Gjallarhorn.

A collaboration between Nerf and Bungie, it’s a dart-firing replica of the Gjallarhorn rocket launcher from Destiny 2, allowing you to walk around like a Guardian straight out of the game’s mythical sci-fi setting. Whether you want to pretend your next foam battle is a Trial of the Nine or you just want to be the guy with the biggest blaster in the park, this thing lets you do that better than, pretty much, any foam-firing toy out there. 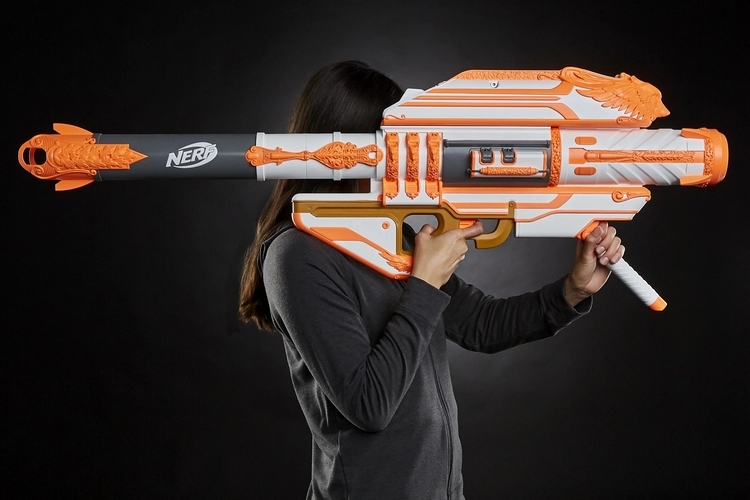 The Nerf LMTD Destiny Gjallarhorn is a foam-firing replica of the exotic rocket launcher from the game whose projectiles split into multiple cluster bombs on impact, creating secondary explosions around the target. Yes, it’s OP and looks every bit the part, with a regal appearance highlighted by its ornate gold trims and sculpted wolf head. And Nerf brings all that fancy ornamentation to life with their new blaster, so you get a gigantic foam shooter with all the pomp and flourish of the Guardian weapon named after the Nordic horn that is blown to herald the end of the world.

How big is it? It’s so big that you have no choice but to carry it over your shoulder like a proper rocket launcher and use both hands to ensure it’s properly balanced while you aim it at your target of choice. Designed to be a 1:1-scale with the in-game weapon, it measures a whopping four feet long, with a form factor that looks like they mounted a four-foot cannon on top of a Nerf file, then topped it with a wolf-headed housing that shifts forward to open the loading bay and pulls back once the shell isloaded. 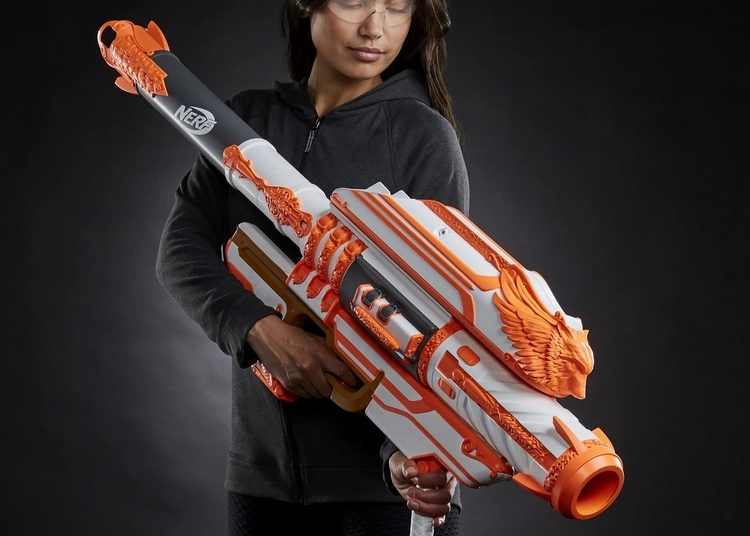 The Nerf LMTD Destiny Gjallarhorn, of course, won’t fire actual rockets that split into multiple bombs like the rocket launcher from the game. Instead, it uses the outfit’s biggest foam darts, the Mega, which you load into a dart shell that you then put into the blaster. To simulate the cluster bomb action of the original Gjallarhorn, each shell can hold up to three Mega darts, which are all launched at the pull of a trigger, so you can close your eyes and imagine they’re swirling through the air just like the Wolfpack Rounds in the game. It also comes with a light-up scope just for that extra touch of flair. The blaster, by the way, requires two 1.5v AA batteries. 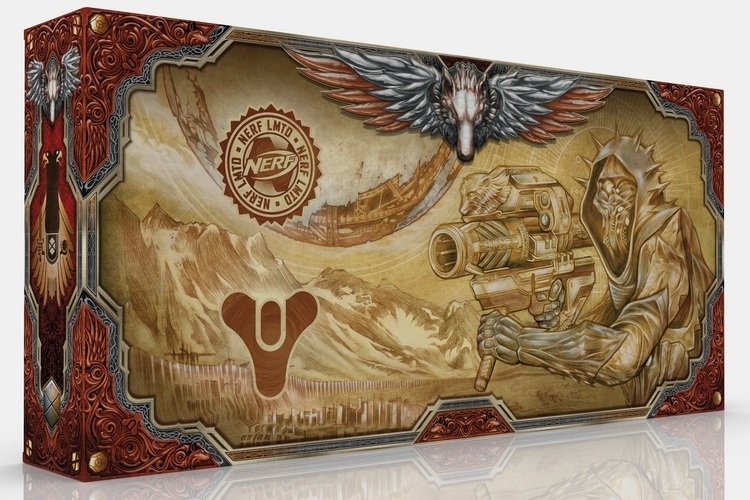 According to Bungie, Destiny 2 players who actually own the Gjallarhorn in game will get first crack at the weapon’s Nerf version, with those players able to preorder it starting July 7. Any remaining units will then be available to everyone else after July 21, which is when the Early Access Window ends.

The Nerf LMTD Destiny Gjallarhorn is priced at $185.