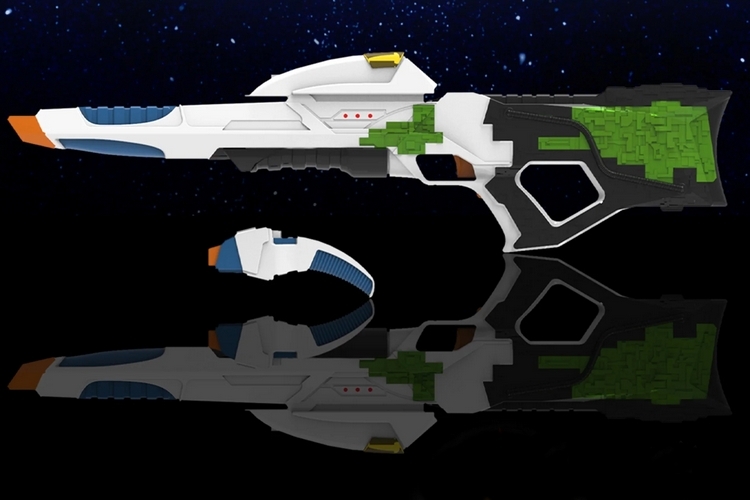 Even if you’re not a fan of foam blasters, it’s hard not to pay attention to Nerf’s LMTD line, which continues to release special edition blasters based on various pop culture properties, such as the Gjallarhorn from Destiny, the Pulse Blaster from Aliens, and the Phase-Pulse Rifle from The Mandalorian. This time around, they’re going to a real classic in the form of the Nerf LMTD Star Trek Starfleet Phaser Blasters.

That’s right, you can show up to your next foam battle armed with the same loadout carried by Jean-Luc Picard and the crew of the U.S.S. Enterprise. Sadly, it’s not clad in the weapons’ traditional Starfleet colors, instead being clad in the likeness of the loadouts they carried in the Star Trek First Contact movie. You know… the one where everything’s partly assimilated by the Borg, so it’s a little more colorful than the usual all-silver Starfleet affair. 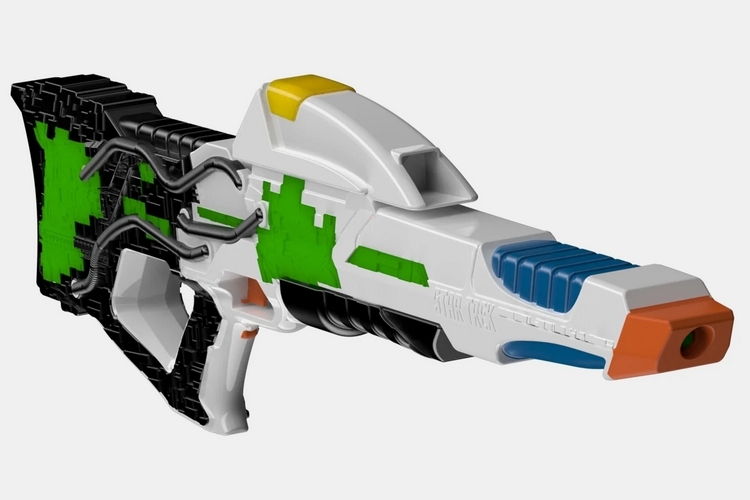 The Nerf LMTD Star Trek Starfleet Phaser Blasters consist of two foam-firing replcias based on the Enterprise crew’s loadout from Star Trek First Contact. That’s right, not one, but two, so you can have a big rifle as your main weapon and a small pistol for backup. Specifically, you get a foam blaster version of the Type 3 Phaser as your primary munition, which comes motorized for automatic operation, allowing you to unload the entire contents of its five-dart clip in one fell swoop. The Type 3 comes with light-up areas that glow to add visual effects to your assault, as well as an onboard speaker that plays sound effects taken directly from the same movie.

Since it will take some time to reload a clip, you can follow-up that five-point barrage with the Type 2 Phaser, a small pistol-style blaster that carries one foam dart. Do note, the Type 2 Phaser isn’t motorized, so you’ll need to pull back the priming handle to get it firing properly. Sadly, no lights or sounds for the little blaster. 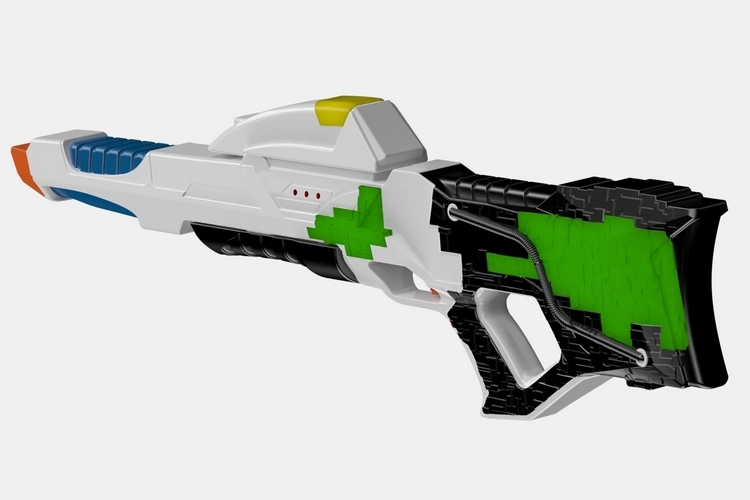 The Nerf LMTD Star Trek Starfleet Phaser Blasters are a little more colorful than your standard-issue Starfleet silver phasers, by the way, to put it more in line with the Borg-influenced versions from the film. Of course, we have a feeling they also wanted it to have more color because that should be more appealing to Nerf’s younger audiences. Specifically, both blasters are clad in a white, blue, and orange livery, with the bigger Type 3 getting black accents and, more importantly, green detailing in some sections that resemble the surfaces of Borg Cube vessels. 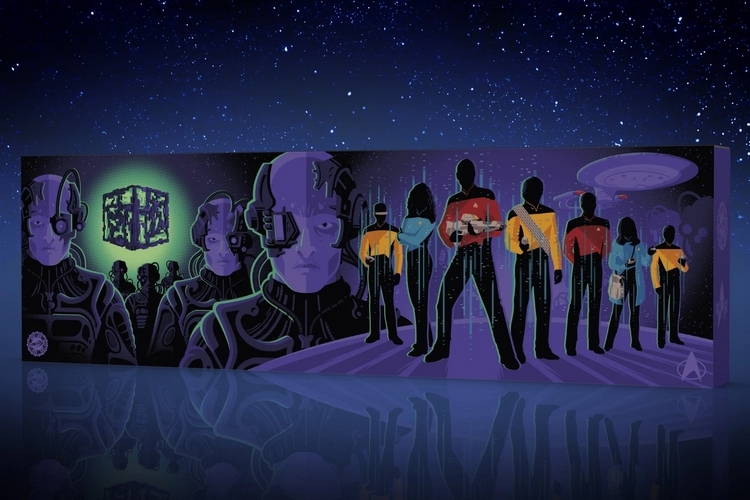 It uses Elite darts, by the way, with seven included with the set, so you get a spare for the Phase 2. Sadly, there’s no backup clip, so you can’t just reload the Phase 3  as soon as it runs out to get back to the fight, so they’re not exactly the most savvy blasters to take to battle. However, if you’ve always dreamed of feeling like Picard while headshotting people with foam darts, this absolutely does the trick.

The Nerf LMTD Star Trek Starfleet Phaser Blasters are currently available for preorder, with a 2023 ship date. Price is $119.99.