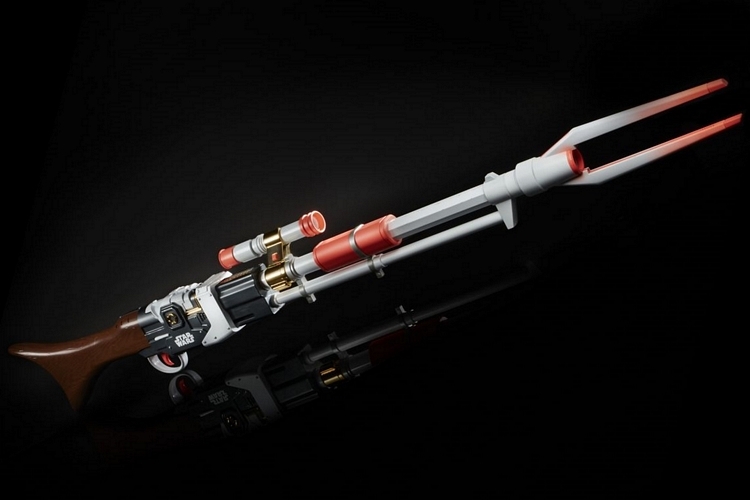 Watching Din Djarin do hand-to-hand combat is fun. Watching him electrocute and even completely disintegrate targets with his disruptor sniper rifle, however, is just way more satisfying. That gun is an absolute unit. Soon, we can all have one in our foam warfare arsenal in the form of the Nerf LMTD Star Wars The Mandalorian Amban Phase-Pulse Blaster.

That’s right, it’s a Nerf blaster clad in the likeness of the titular Mandalorian’s long-barreled weapon, allowing you to fight your foam battles like an intergalactic bounty hunter. Whether you’re a foam blaster collector, an avid Star Wars fan, or just some dude who wants to have a sweet-looking replica of that badass rifle from the show to go with your Columbia Mandalorian jacket, this toy blaster definitely deserves a rightful spot in your shopping list. 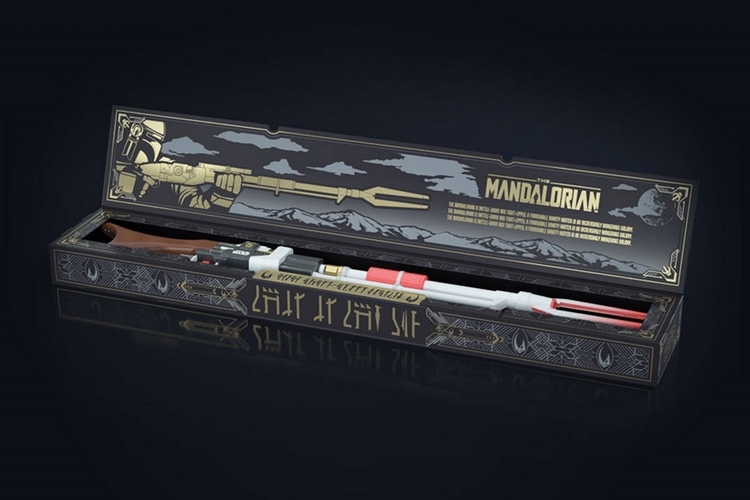 The Nerf LMTD Star Wars The Mandalorian Amban Phase-Pulse Blaster, of course, isn’t capable of vaporizing or electrocuting any of your targets. Instead, it works much like any foam blaster, firing foam darts at anyone unwitting enough to stand around in your vicinity while you grasp this thing in your hands. In fact, it’s one of the more forgiving foam blasters out there, considering it’s only a single-shot sniper, so you’ll have to load up after every shot, making it an inefficient blaster to use during all-out foam warfare. Yeah, this is the kind of blaster you strap in your back for show, but never actually pull out at any point during a fight.

It’s a spring-powered blaster, by the way, so that foam projectile won’t have a lot of force behind it. Add in the fact that it has to pass through a really long barrel that will add a lot of friction and we’re not too high on how well this blaster is going to perform. It is, however, going to be a very quiet blaster, making it useful for those times you’re hiding out of sight and want to one-shot an opponent without giving away your exact position. 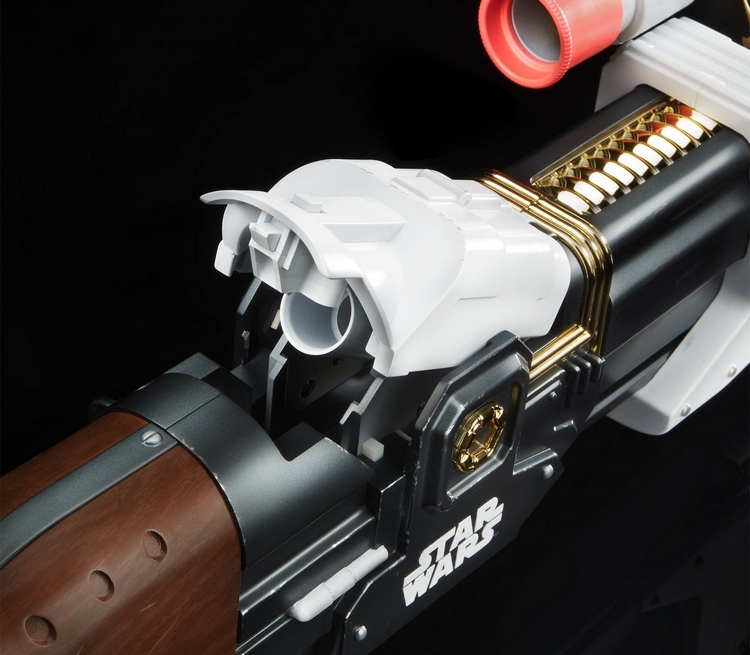 While it’s not the most exciting foam warfare weapon, the Nerf LMTD Star Wars The Mandalorian Amban Phase-Pulse Blaster stands out for its detailed likeness of Mando’s onscreen weapon. From the wooden stock and the long barrel to the pop-up breech and gold-colored vacuum-metalized details, they faithfully recreated every element of the weapon from the show. It’s a 1:1-scale replica, too, coming in at an impressive 50.25 inches long from the butt stock in the rear to tip of those Taser-like prongs out front. Heck, they even put battle wear details and weathering marks, so it looks like it’s been through multiple battles across a multitude of planets. 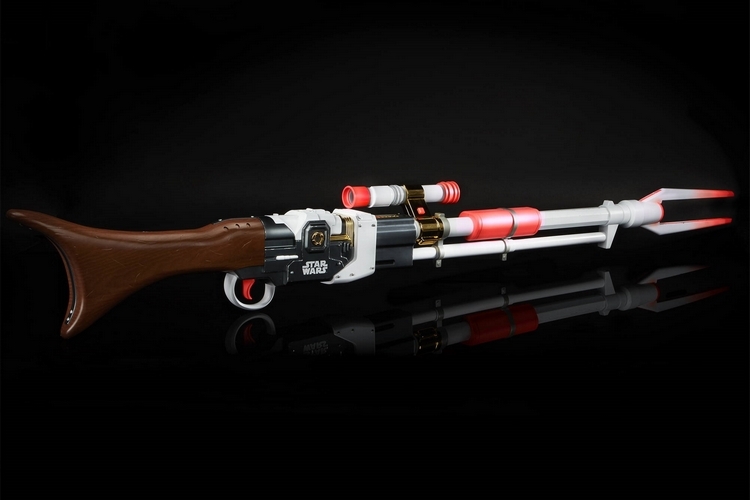 There’s a battery slot on the blaster that takes two AAA cells. Instead of being used to power the firing mechanism of the blaster, though, it’s used to light up the LED-illuminated scope and recreate a variety of rifle sounds the way they happen on the show. From having the rifle charge up after you load and prime to the distinctive sound of the rifle firing, this thing will sound exactly like the weapon in the series.

The Nerf LMTD Star Wars The Mandalorian Amban Phase-Pulse Blaster is now available for preorder, although it won’t ship until September of next year.