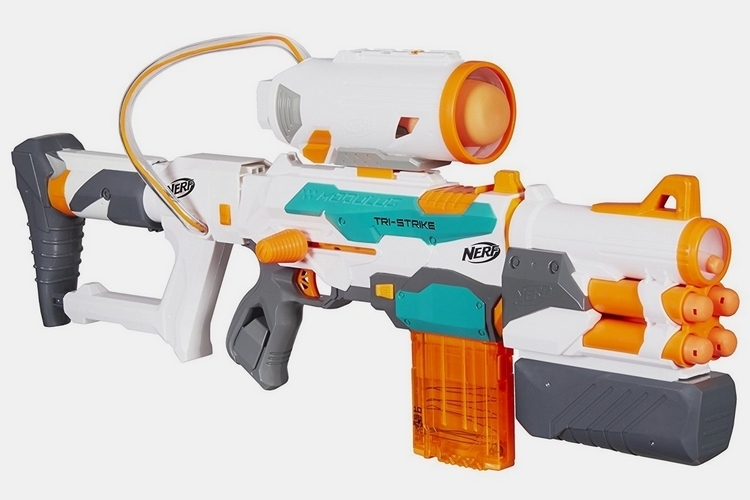 Some Nerf blasters let you spam foam darts like you’re going on the offensive with a veritable army behind your back. Others let you rain down a decent load of ammo in rapid succession before coming to a sudden halt. The Nerf Modulus Tri-Strike’s appeal lies in neither of those. Instead, the blaster banks on its versatile appointments, which allows it to pepper your opponents with three different kinds of foam ammunition.

A modular blaster, the toy actually consists of three blasters: one that shoots Elite darts, another which shoots MEGA darts, and a third one that fires MEGA Missile ammo. Each one can be used separately, so you can lighten your weapon of choice during close quarters combat while equipping it fully for more spread out outdoor battles. 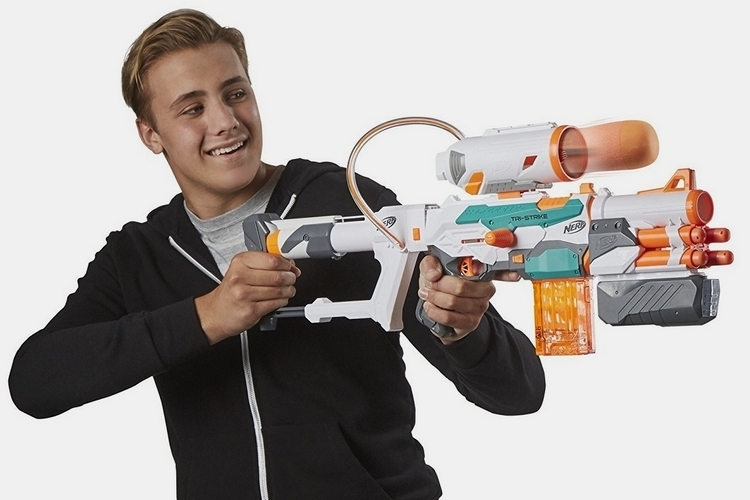 The core of the Nerf Modulus Tri-Strike is a single barrel Elite dart blaster, which takes a 10-dart clip and functions as a handgun-style shooter. While designed to dispense one ammo at a time, it also comes with slam-fire action that lets you unleash all 10 darts in quick succession when the enemy’s out in the open and you’re looking to maximize damage. On its own, it should make for a pretty decent weapon choice during close quarters combat when a larger and heavy blaster might actually put you at a competitive disadvantage.

An extension barrel allows you to arm it with a single MEGA dart ammo at a time, allowing you to pepper your opponents with something more substantial when the need for longer-range shots ever come up. That extension comes with an integrated compartment at the bottom that allows you to keep up to four additional MEGA darts on tap, so you don’t have to run out of larger foam ammos all at once. 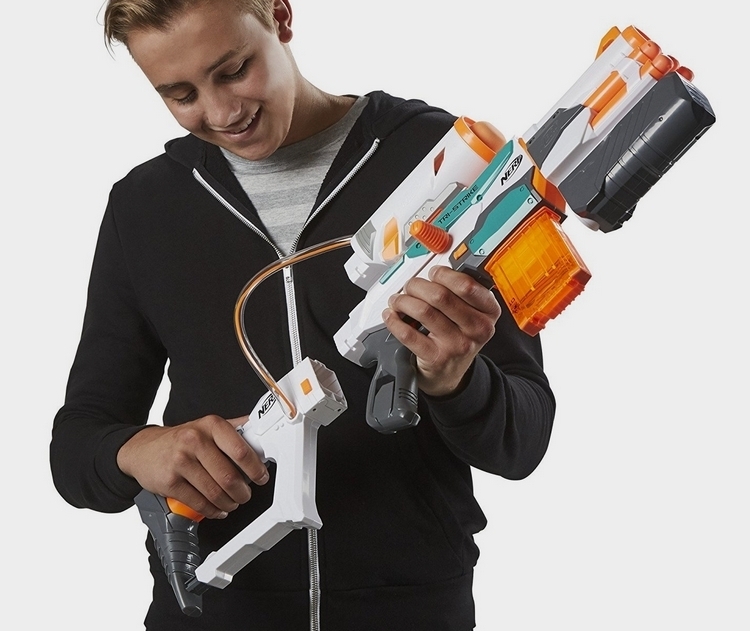 The MEGA Missile launcher, on the other hand, attaches to the top of the Nerf Modulus Tri-Strike like a scope, which, we have to admit, is kind of a curious position. Seriously, it makes a precision shooting just a bit more difficult than usual, although we guess that’s the tradeoff for enjoying a three-ammo setup. Alternatively, you can take the missile launcher and remove the stock from the blaster, then combine them to build a standalone handheld missile shooter, with none of the rest of the blaster to get in the way of aiming at your targets. And, yes, the stock is all you need to launch MEGA Missiles off this thing (just pull back and push forward hard as you can). 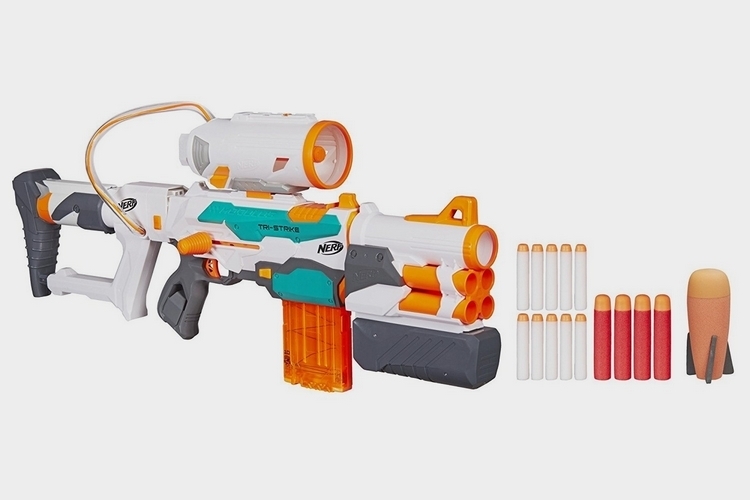 Fully assembled the blaster measures about two and a half feet, so this quite the substantial weapon to add to your arsenal. It’s quite intimidating to look at, too, making for a fun toy to bring to any Nerf battle. Of course, it’s compatible with upgrade kits from the Nerf Modulus line, so you can make it even more badass by tacking on components here and there. Nerf claims the full Modulus system should afford it over 1,000 different combinations.