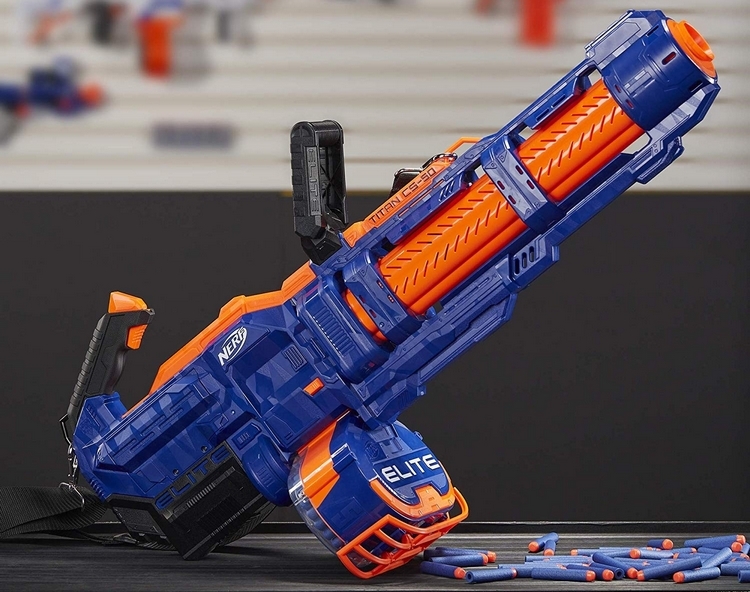 Is there a more badass weapon that you can carry on your body than the minigun? We don’t know. Can a puny human even carry and operate a real minigun with the kind of firepower it unleashes? We don’t know, either. What we do know is the Nerf N-Strike Elite Titan CS-50 is a minigun blaster that will have you unleashing a hellish rain of foam darts while looking like the ultimate action hero.

That’s right, you can now look like that one guy in the 1987 Predator movie who carried that 6,000 rounds-per-minute rotary rifle, so you can pretend you’re going up against a breed of alien hunters while shooting foam blasters with your family at the park. Of course, it’s way less overpowered than that monstrosity (it only holds 50 darts, not thousands), so even your kids can strut around like Jesse Ventura from the original Predator film. 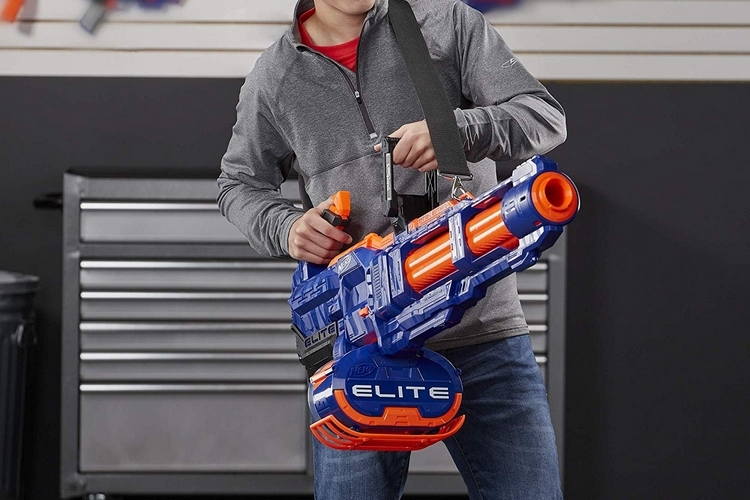 The Nerf N-Strike Elite Titan CS-50 contains all the familiar hallmarks of fictional miniguns found throughout the movies, from the cross-body strap and chainsaw-style handle to the spinning barrels that, in all honesty, look more fascinating than many foam blaster battles we’ve watched. Just like real rotary guns that can churn out thousands of rounds per minute, the darn thing kicks out eight darts per seconds from the spinning barrel, allowing you to dump the entire contents of the 50-dart drum in just a few seconds.

We know, running out of ammo in less than a minute sounds very anticlimactic, but those few seconds that you’re actually raining down hell on a target does sound like it’s going to be a whole load of fun. Now, if they can only release an aftermarket drum that will hold a couple hundred darts (or better yet, a drum that uses a foam ammo belt), this blaster will be perfect. 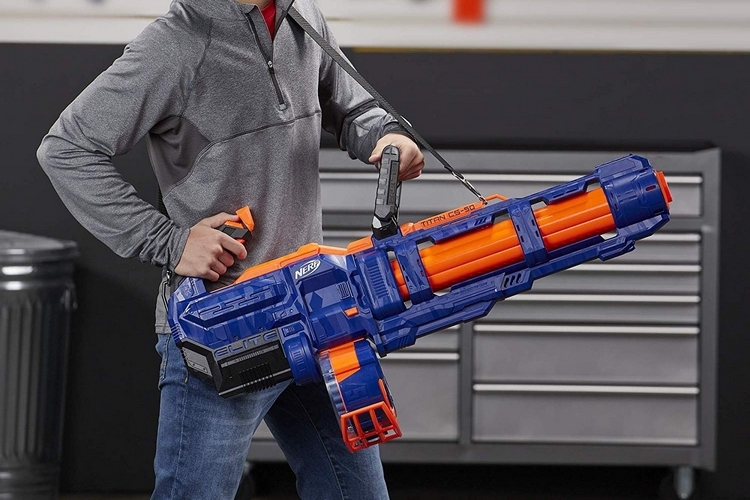 The Nerf N-Strike Elite Titan CS-50 is actually reminiscent of the Rival Prometheus, with both getting inverted chainsaw-style handles and an acceleration trigger. It does, however, look much bigger, making it look way more intimidating. With that said, folks who want more firepower can use the Prometheus in its place, as that one can hold 200 units of Nerf’s smaller foam balls (so you’ll need to reload much less frequently), which it dispenses at a pace of around six to seven rounds per second. Do note, those foam balls hurt a bit more than regular foam darts, so it might not be one you’ll want to give to the kids. 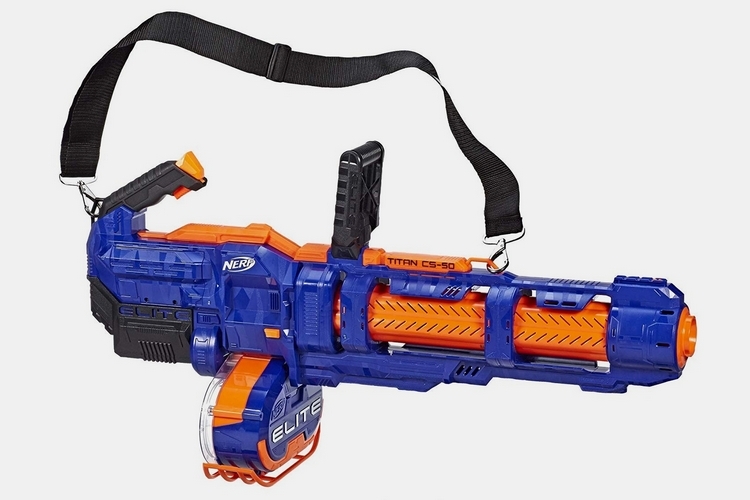 Like many modern Nerf blasters, it’s a fully-automatic flywheel shooter, so you need to need to power up the motor before pulling the trigger, in order to get the desired fire rate. It’s compatible, by the way, with most clips in Nerf’s Elite line, so you can have them on standby if you want to have a bunch of ammo on the ready within easy reach, while a tactical rail over the barrel allows you to add a compatible accessory.