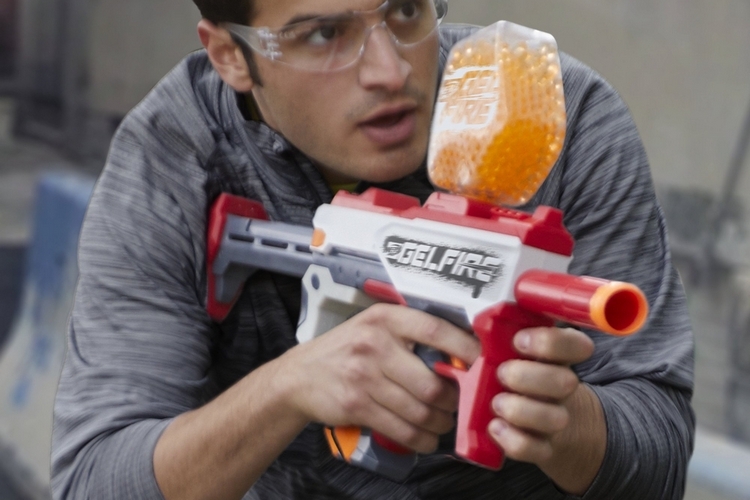 Foam darts are fun, but let’s be honest, you can only fire too many foam projectiles before you start looking for something else to send flying through the air. You know… like an airsoft pellet or a paintball. Nerf seems to know this, too, which is why they released the Rival series, which allows you to shoot tiny foam balls that glide through the air at 70 mph. Yes, that’s still a far cry from the minimum 340 mph of airsoft guns, but it does offer a nice change of pace. This time around, the outfit looks to offer a paintball alternative in the form of the Nerf Pro Gelfire Mythic Blaster.

No, this Nerf blaster won’t shoot paintballs. Instead, it uses water-soaked rounds that burst on impact, allowing you to mimic the bursting action of paintballs without dealing with the messy paint splatter, leaving you with nothing but wet spots that you can just dry out until the next game. 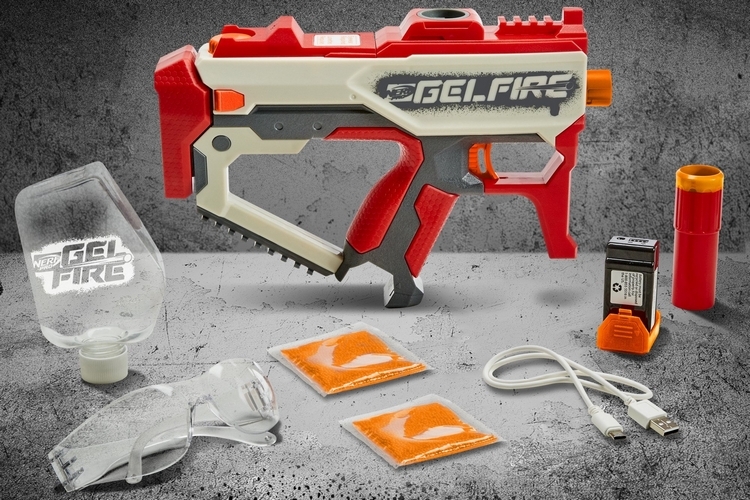 The Nerf Pro Gelfire Mythic Blaster uses dehydrated polymer rounds that you’ll need to soak in water before using, which will give you the projectiles a bit more size and weight, making them more suitable for shooting out of a barrel. The rounds actually burst and disintegrate on impact, releasing any water they’ve absorbed, so they behave more like water balloons than traditional foam projectiles. Do note, that means, you’ll need to restock on ammo every time you run out, so hopefully Nerf will be selling refills for very reasonable prices.

Up to 800 of the water-soaked rounds can fit inside the feed hopper on top of the blaster, allowing you to go into the battle with a healthy supply of ammo, ensuring you won’t need to reload until after you’ve unloaded hundreds upon hundreds of rounds. The hopper is transparent, by the way, so you can see how much ammo you have left at any time, making it easy to recognize when you need to start conserving rounds. 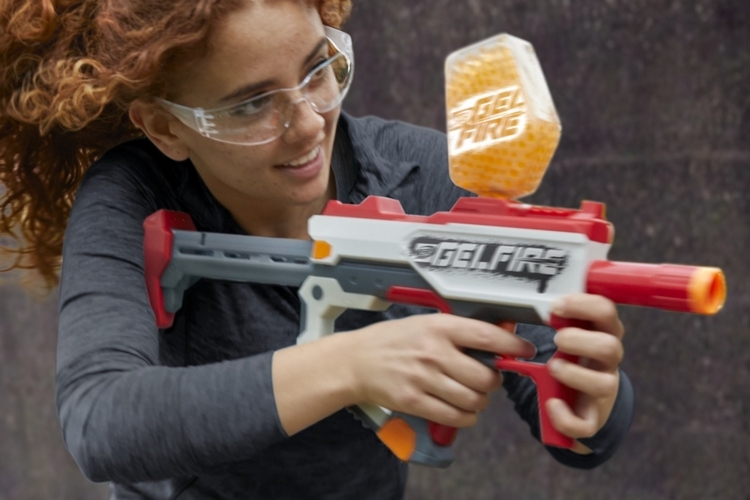 The Nerf Pro Gelfire Mythic Blaster comes with auto and semi-auto modes, so you can go nuts unloading a deluge of mini-water balloons or reel the aggression in for a more deliberate attack. Your pick. In full auto, by the way, it can shoot at a rate of 10 rounds per second, allowing you to unleash a satisfying spray at any unfortunate target. No word on how fast the water-soaked projectiles actually slice through the air, but they should have a decent amount of speed, considering the rounds are supposed to burst on impact. 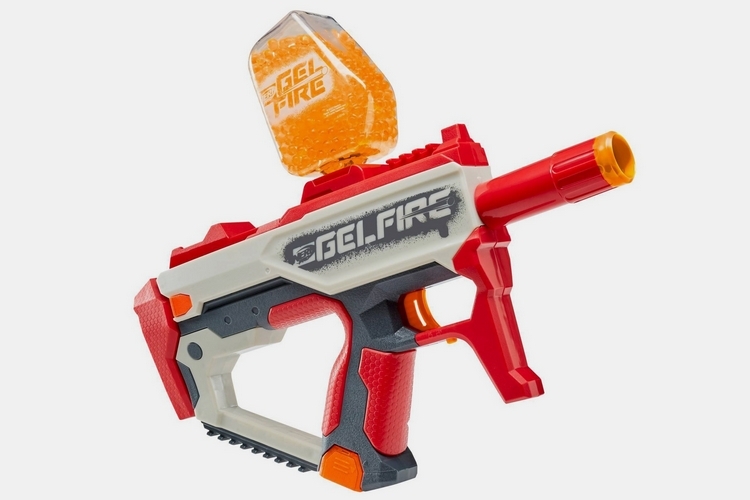 The blaster, by the way, comes with an extendable shoulder stock, so both kids and adults alike can partake in the mayhem, while a quick swap feature makes it easy to reload a full hopper, provided you’ve got an extra one on hand. Other features include a removable barrel, a trigger lock (so you don’t waste ammo), and tactical rails for adding accessories, It uses a removable rechargeable battery, by the way, with a charging cable included.

The Nerf Pro Gelfire Mythic Blaster is now available for preorder. Price is $79.99, with a November ship date.