Nerf Rival: These Are Not The Blasters You Grew Up With… And It’s A Good Thing 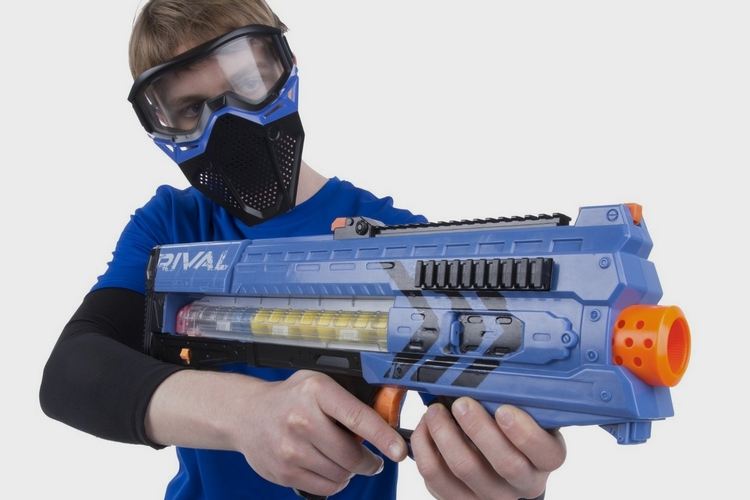 Nerf has never had a problem attracting an older crowd to their blasters, although a good chunk of former players do move on to playing airsoft or paintball instead. I mean, shooting foam darts still make for a lot of goofy fun, but if you want a game experience that simulates actual battle, foam darts don’t exactly make for the most menacing ammunition. Hence, the new Nerf Rival line, which upgrades traditional blaster play to one that can stand up to the high-speed excitement of more grown-up shooting toys.

Instead of foam darts, the Rival line uses the new Nerf High-Impact Rounds, which are yellow foam balls that shoot, load, and connect in a way that’s a lot more consistent with actual ammo. As such, the blasters are able to send them flying at speeds of up to 70 mph, allowing for some really fast-paced shooting action. Even better, the size of the ammo allows you to carry a lot more of them while on the move, with the blasters also getting more compact magazines as a result. 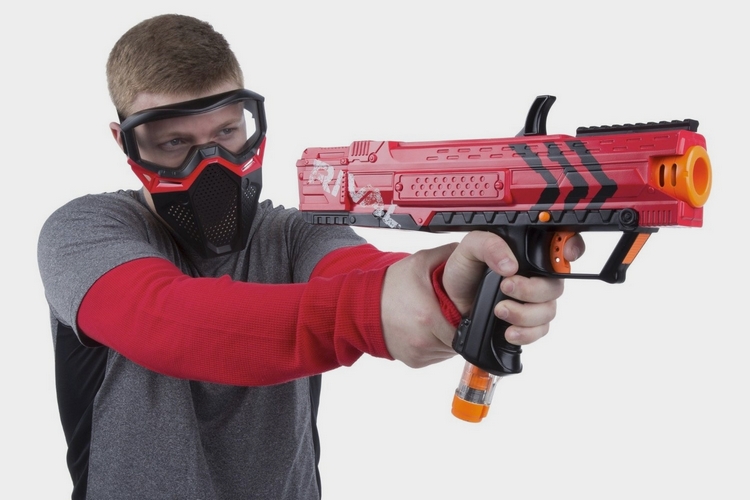 Despite the name and the speed at which they can fly, the High-Impact Rounds aren’t going to leave a mark the way an airsoft pellet would. At most, you’ll feel a very light sting, nothing more. They’re also designed to bounce, so you can aim at walls and other surfaces to hit an opponent hiding in erstwhile impenetrable cover. Basically, the Nerf version of a banked shot.

The Nerf Rival line currently has two blaster models: Apollo and Zeus. Both come with way more power than traditional blasters, which they use not to shoot further, but to send the ammo flying at higher speeds at a straighter trajectory. That means, much more accurate shooting, making it a whole lot less frustrating during a serious head-to-head battle. Do note, the ammo is still foam, so if you play under windy conditions, strong winds can affect your shooting precision.

Apollo, the more affordable of the two blasters, is a spring-action blaster that holds seven rounds at a time on the easily removable magazine. You’ll need to load each shot every single time, so you can’t just go insane and unleash a fury on a cornered opponent. It comes with a trigger lock, a tactical rail (each magazine comes with clips that let you mount one on the rail), and a ready indicator. Oh yeah, this thing fires with a loud sound, making the act of pulling the trigger much more satisfying.

The Zeus, on the other hand, is a motorized blaster, with a bigger frame that accommodates a larger 12-round magazine. Because of the motor (and the six C batteries it requires), it’s a lot heavier and noisier, although it does save you from having to cock each and every shot before you can fire. Reloading can be a bit slower than the Apollo (their individual placement on the blasters are different), but being able to unload much quickly on an opponent should make the extra work worthwhile. It also has a trigger lock and tactical rails.

Unless you’re playing with little kids that can get hurt by the new ammo (Hasbro recommends the line for ages 14 and above), the Nerf Rival sounds like the perfect transition to anyone looking for a more realistic action in their toy blasters. And while it won’t rival the realism of airsoft (not right now, anyway), it does offer a more affordable alternative, with the Apollo selling for just $24.99 and the Zeus going for $49.99. The accessory line is fairly limited (it’s new, after all), but you can get extra magazines ($11.99 for a 12-round clip), extra foam ammo ($17.99 for 50 rounds), and even protective face masks ($14.99) that match the blue and red colors of the blasters to help extend the fun.