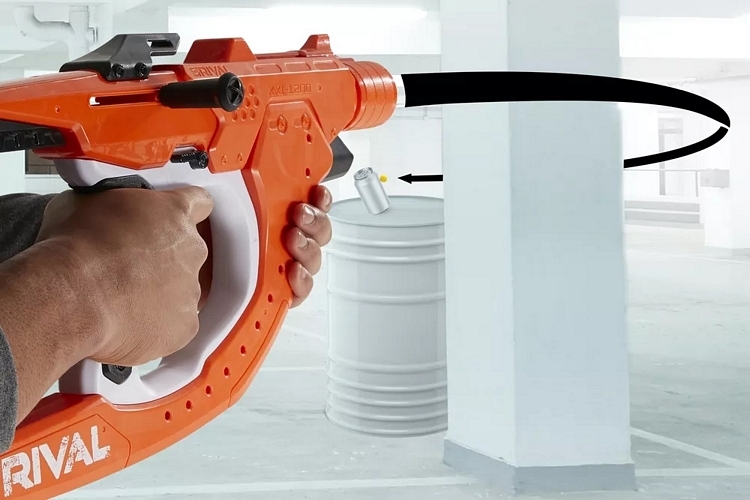 It doesn’t matter whether you saw it in that Angelina Jolie movie, it’s just not possible to shoot a bullet around cover. Whether the target is hiding behind a doorway, a post, or a corner wall, you’re going to need line of sight if you actually want to land a shot. That requirement holds, too, whether you’re firing a hunting rifle, a paintball gun, or a foam-launching Nerf blaster. At least, that remains the case until the Nerf Rival Curve Shot line comes out.

A new line of foam blasters, it’s capable of shooting foam darts that can curve left, right, or down, allowing you to hit targets even if they refuse to peek out of whatever cover they’re holed up under. That’s right, it’s a Nerf blaster that won’t just send foam projectiles gliding across a linear path, giving you a way to unload your ammo towards erstwhile inaccessible areas. You know… just like they’ve done with paintballs for a couple decades now. 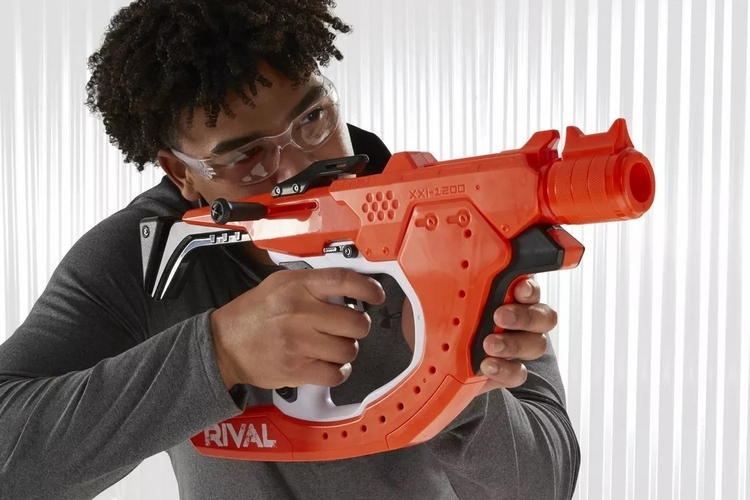 The Nerf Rival Curve Shot won’t be using traditional foam darts for ammo. This is part of the Rival range, after all, so it uses those high-impact foam balls that allow the blasters to launch projectiles harder and further than their dart-shaped counterparts. And yes, this new Curve Shot line will inherit those same qualities. Unlike other Rival blasters, however, it comes with a selectable shot trajectory setting that allows you to choose straight, left, right, or down by turning the muzzle before pulling the trigger, making it possible to successfully shoot at targets behind otherwise secure cover. 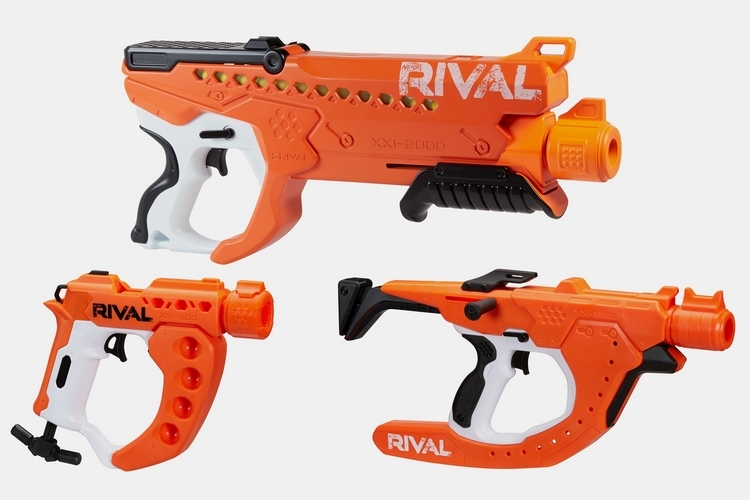 From what we can tell, making a curved shot won’t send the foam ball flying on a liner path before making a dramatic curve along the way. This is still not a video game, after all. Instead, it takes on a curving trajectory from the start, so you’ll have to adjust your aim accordingly. Chances are, those curving shots are also only applicable in shorter ranges, so you’ll still have to make your way near the opponent to get a chance to use the blaster’s unique function. 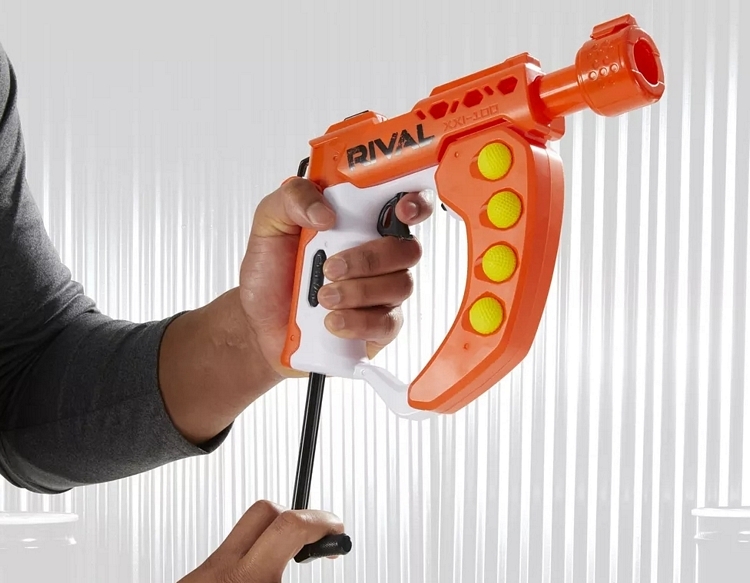 The Nerf Rival Curve Shot line will launch this year with three different blaster models, namely the Flex XXI-100, the Sideswipe XXI-1200, and the Helix XXI-2000. The Flex is a pistol-style blaster that uses a breech system for loading a single ammo at a time, with slots at a structure out front that lets you keep eight additional foam balls on standby, while the Swideswipe has a bolt-action system and an internal magazine that holds a dozen rounds at a time. The Helix, on the other hand, is a pump-action blaster with an internal hopper that can accommodate 20 rounds of ammo. According to the press release, the last blaster shoots foam balls at a velocity of 90 feet per second. All three integrate the same rotating muzzle that allows you to change the blaster’s trajectory on the fly, allowing you to shoot straight shots one moment and curving shots the next.

The Nerf Rival Curve Shot will debut later this year, with the Helix coming out in August and the Flex and Sideswipe retailing in March.