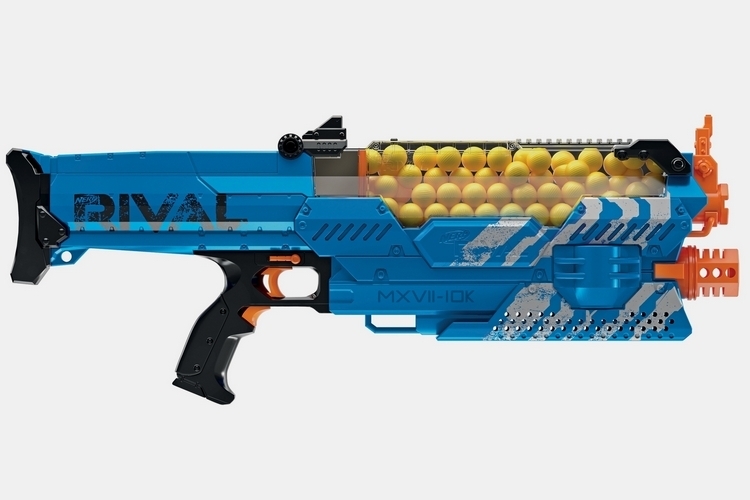 Unless you have endless foam pellets on hand, spamming your opponents with ammo is rarely the best strategy for winning a Nerf Rival battle. If you don’t care because spamming high-speed foam balls is all manners of fun, then go ahead and put the Nerf Rival Nemesis MXVII-10K Blaster on your future shopping list.

Like other Rival blasters, this thing can shoot its foam projectiles at speeds of up to 70 mph, ensuring it enables much more satisfying play for teens, older kids, and, well, grownups who enjoy pretend warfare. Unlike them, it comes with a generously-equipped 100-round hopper, allowing you to spam opposing forces with a gaggle of shots like never before. 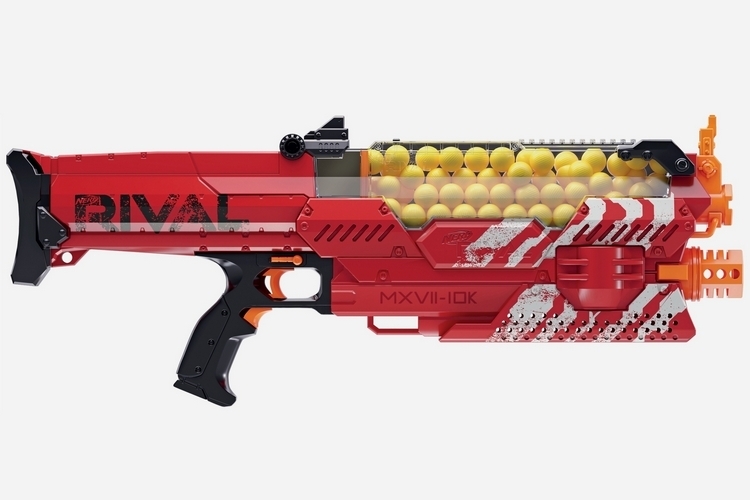 The Nerf Rival Nemesis MXVII-10K is a fully-automatic blaster, powered either by six D batteries or the Rival line’s new rechargeable battery packs. It uses a pair of flywheels to grab the balls and alternately fling them out of the barrel, allowing it to release ammo at a higher-than-usual rate.

Reloading is also hassle-free, as it no longer requires you to insert the tiny foam balls one by one – instead, you can simply open the hopper and dump a handful, which should require no more than a couple of seconds. Even better, you can reload while the darn thing is firing, so you can rain down an endless stream of ammo if that’s what you feel like doing.

Slated for availability in the fall, the Nerf Rival Nemesis MXVII-10K Blaster will be priced at $100.