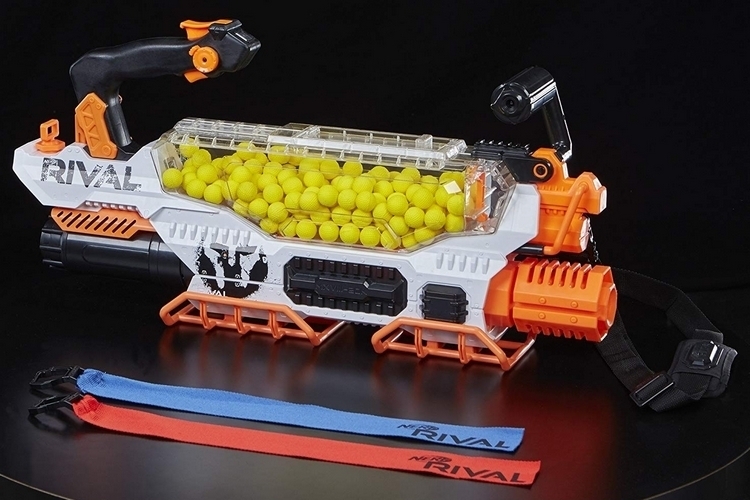 We’re big fans of Nerf’s Rival line, with its excellent shooting mechanics, faster rate of fire, and high-impact ammo allowing for a more realistic gameplay experience than standard foam blasters. Just because it’s more realistic doesn’t mean you don’t want to have crazy fun every now and then. As far as Nerf battles go, few things are as crazy fun as spamming your opponents with a torrent of ammo and that’s exactly what you can do with the Nerf Rival Prometheus MXVIII-20K.

Able to hold up to 200 rounds, the blaster lets you equip yourself with a whole load of ammunition, allowing you to go for longer periods without reloading. It shoots at an incredibly fast rate, too, allowing you to unleash a veritable storm of carnage at a level on par with modified high-power blasters, so you can just imagine what this thing does if you throw in any modifications. 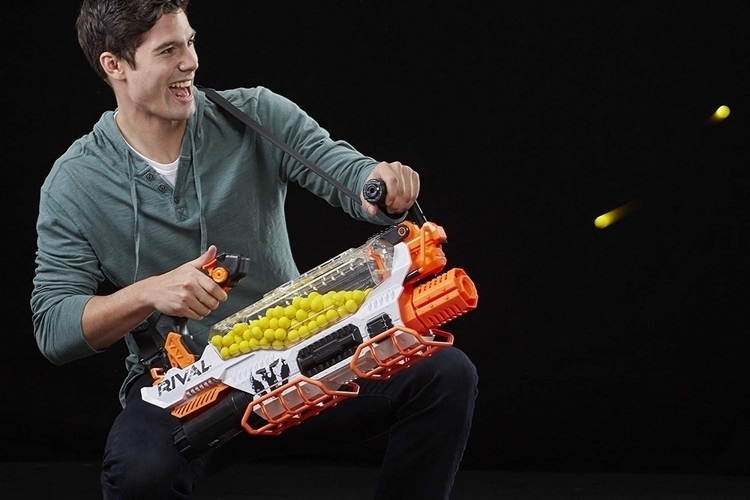 The Nerf Rival Prometheus MXVIII-20K is equipped with the outfit’s fully-motorized Advanced Acceleration System, which allows it to fire at a rate of eight rounds per second. That’s right, you can clean out the entire 200 rounds in less than one minute, so you can punish any foolish enemy that exposes themselves in the battlefield.  Sure, getting hit by one of those yellow foam balls will register nothing more than a sting, but we imagine 200 of those tiny stings coming one after the other isn’t going to be pleasant. Seriously, that’s like getting bit by 200 ants at nearly the same time.

The blaster’s high-capacity hopper sits right on top, so you can easily load a handful of rounds right into the chamber whenever you run out, while a tactical rail allows you to add any compatible Nerf accessories, from shields and grips to ammo rails and more. A trigger lock allows you to avoid any accidental firings, so you don’t waste any ammo when you’re not aiming at open targets, while a rechargeable 9.6-volt battery lets you simply plug in to replenish the power whenever it drains out. 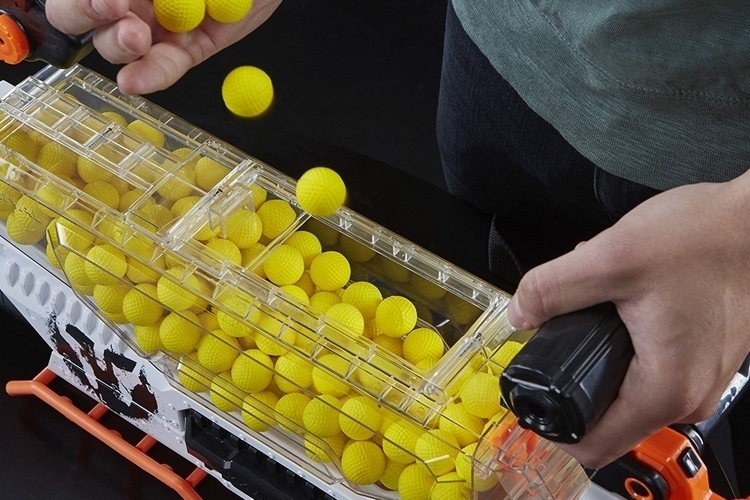 The Nerf Rival Prometheus MXVIII-20K takes on the form factor of a heavy machine gun that you carry using a pair of grips on top (yes, it’s meant to be operated two-handed), which definitely makes it easier to handle when raining down a non-stop barrage on your opponents. A shoulder strap allows you to secure it to your body, so you can still aim pretty accurately even when shooting single-handed, so you can carry a smaller blaster on the other hand. 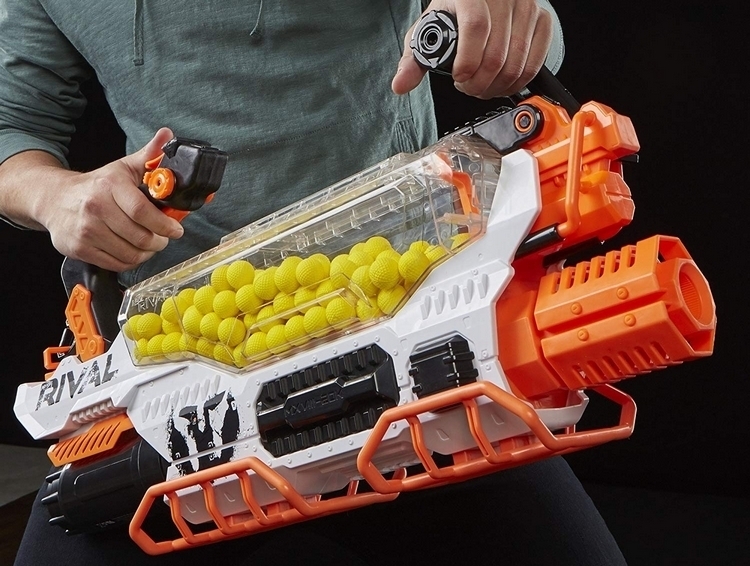 Unlike the original Rival blasters, it doesn’t come in either red or blue, coming decked in the more traditional orange and white livery of regular Nerf shooters. As such, they threw in two flags, one red and one blue, which you can tie on the blaster, so you can color-coordinate with whichever team you’re playing with. Yep, you’re basically a two-faced mercenary with this thing, ready to fight for whichever side is willing to pay.