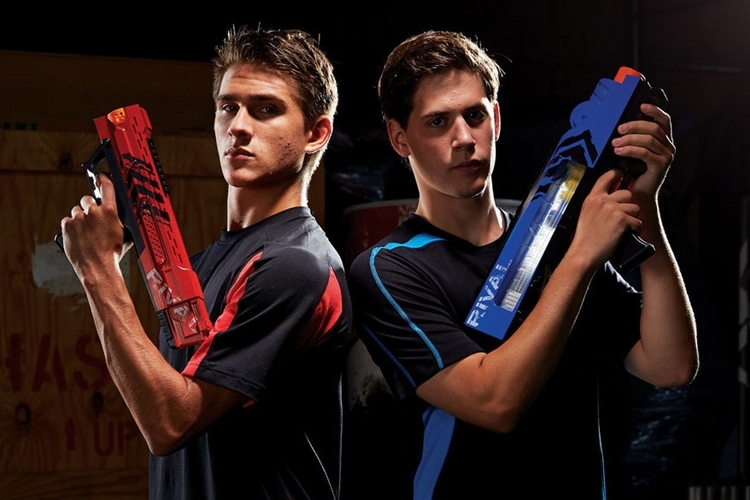 Nerf blasters are fun. If you want to use them in serious competitive play, though, good luck. Chances are, you’ll end up frustrated with the foam blasters’ lack of accuracy the further your targets get (which is why blasters that swarm your targets get a lot of love). The Nerf Rival wants to change that.

Sporting a redesigned blaster and ammo, the new system allows players to shoot their projectiles in a straight line at speeds of up to 70 mph. While that’s about two-thirds slower than a paintball gun, it’s still plenty fast, making for a legitimate alternative to airsoft and paintball in competitive battles. 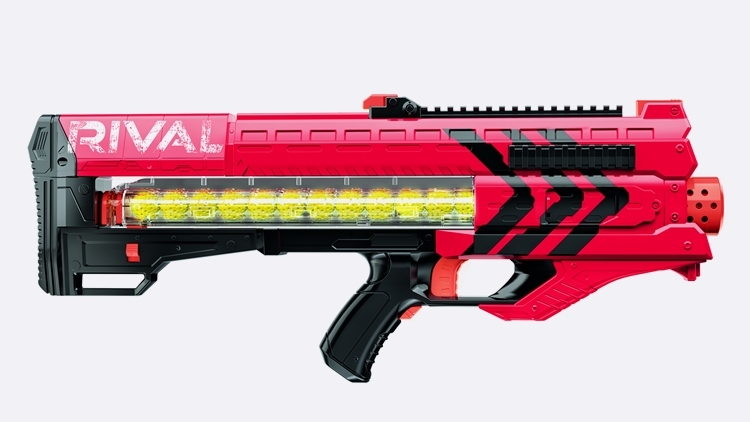 The initial Nerf Rival line will offer two blasters: the Zeus MXV-1200 and the more compact Apollo XV-700. The former can hold 12 projectiles at a time via an ambidextrous clip, with a fold-up sight, a safety switch, and a motorized mechanism powered by six C-sized batteries; the latter, on the other hand, holds seven rounds and houses a manual firing mechanism. Each blaster will be available in red and blue colors. 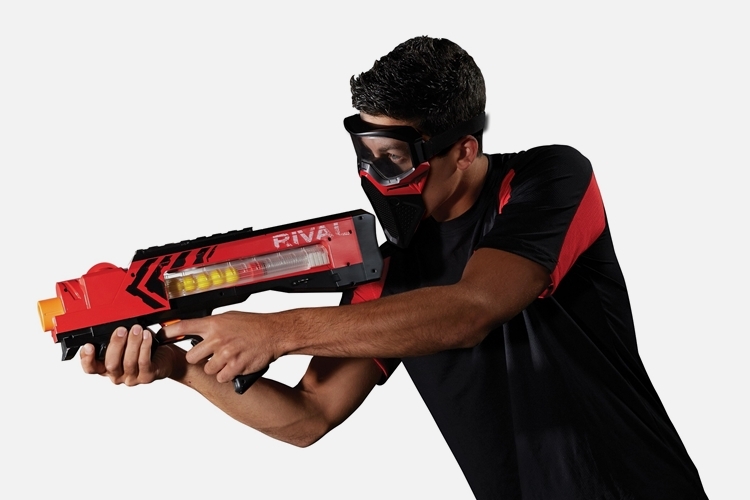 Both will use the Rival line’s new projectiles, which come as very dense inch-thick foam balls, as opposed to the long squishy darts available for Nerf’s standard blasters. The combination of 70 mph speed and foam ammo should result in minimal nicks and welts on any areas of the body that get hit, although they are selling a mask to help avoid incurring any accidental damage to the face (even foam, traveling that fast, can potentially do damage to the eyes).