Annoying Co-Workers Shooting Nerf Darts At You? Smack Their Face With This Nerf Thor Battle Hammer 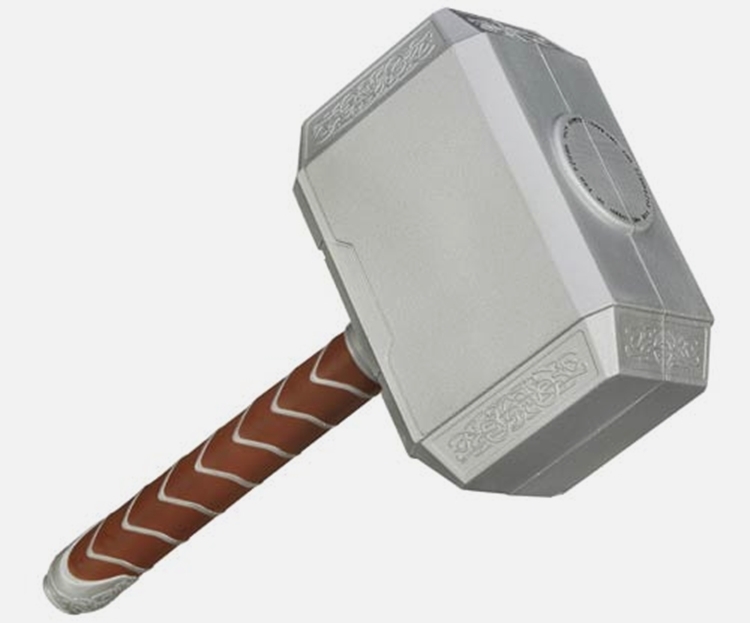 Nerf battles can be fun. When you’re not in the mood, though, taking multiple foam arrows to the back of the head is just downright annoying. And when the goofballs around the office just won’t heed your plea for truce, it might be time to show them your wrath by smacking them in the face with this Nerf Thor Battle Hammer.

Don’t worry, you won’t seriously injure anyone by hitting their mugs with this hammer. Like other Nerf products, it’s made from foam, so the action is more akin to a rhetorical statement of your lack of interest in playing. Think of it like a geeky version of a bitch slap to the clowns who just don’t get that you’re not interested in playing. Do note, doing this will bring down the mood severely, so use at your own risk. Yes, Thor’s hammer really is that powerful.

The Nerf Thor Battle Hammer is an actual Marvel-licensed product, among the tens of thousands expected to land throughout the course of the next few months (same as this LEGO SHIELD Helicarrier), as the anticipation for Age of Ultron reaches fever pitch. While this looks cool, I’m actually hoping this leads Nerf to put out more ridiculous, non-firing weapons. You know, like foam sledgehammers, battle axes, and, maybe, gladiator-type stuff. Coming up behind a guy and smashing his head with a foam sledgehammer sounds so much more satisfying than just firing a foam dart when you catch someone with his back turned.

Slated to launch in March, the Nerf Thor Battle Hammer is priced at $11.99.