Nerf Ultra One: Finally, A Nerf Blaster That Can Shoot 120 Feet Out Of The Box 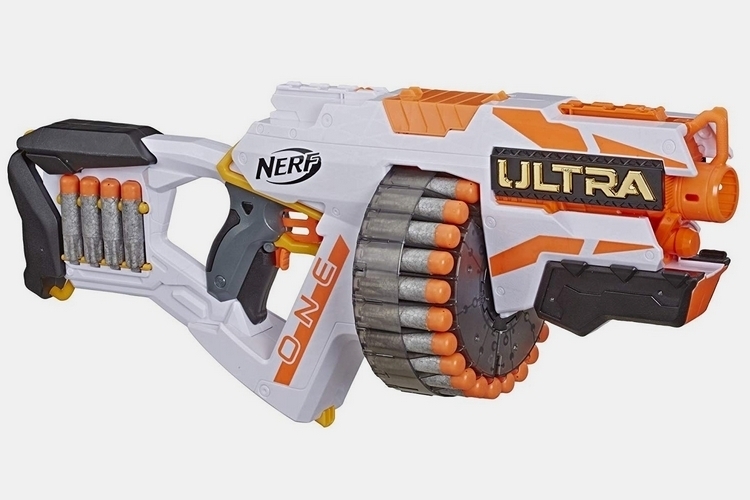 Most Nerf blasters end up in the hands of kids, who shoot foam darts at each other with the same tenacity as older individuals frag each other on a first-person shooter. Some end up in the hands of teens and young adults, who occasionally play with the blasters for a bit of goofy fun. And then, there are the enthusiasts – folks who modify their blasters to shoot further, faster, and harder than the original makers ever intended. The Nerf Ultra One is aimed at that dedicated group.

You know how, over the last few years, smaller outfits have flourished by building more powerful blasters out of the box? Well, we guess Hasbro’s big brand has had enough and wants to take back that piece of the pie. 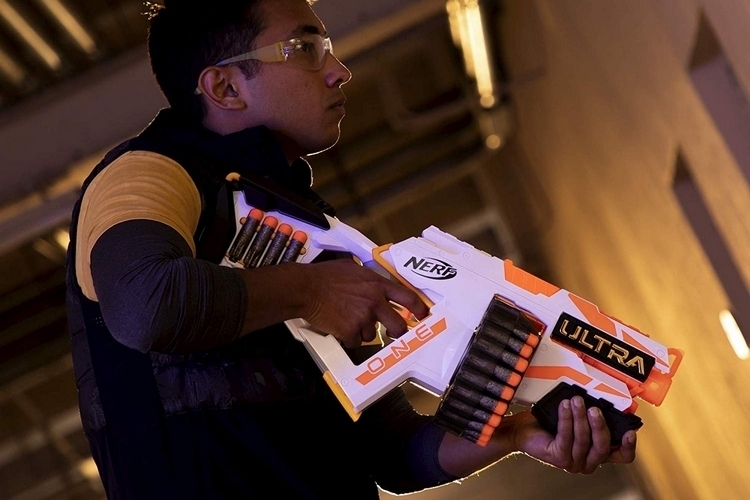 Billed as “the gold standard in Nerf dart blasting,” the Nerf Ultra One claims to provide the most range, accuracy, and speed among the multitude of blasters the outfit’s ever produced, so you can shoot as capably from long-range as you do from mid-range and close quarters. We don’t know if it comes with an updated firing mechanism (remember, Nerf’s been using the same system since the mid-2000s), but the outfit does claim that the new Ultra darts play a huge part in enabling the maximum distance coverage. 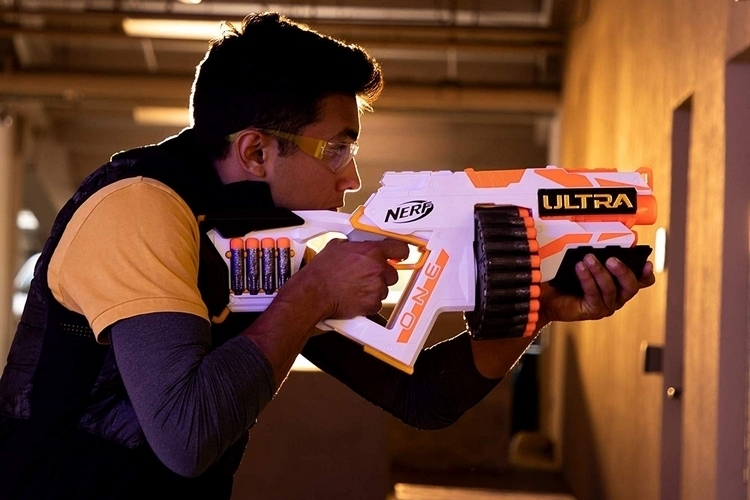 With the new darts, the motorized blaster can send its projectiles flying at distances of up to 120 feet, allowing you to engage at farther distances than any stock Nerf blaster has previously allowed. According to Nerf, these new darts combine an innovative flight tip, aerofin technology, and a new lightweight foam material to enable the long-range flight. The catch? The blaster only accepts this specific type of dart, which means it won’t work with any of the foam ammo you’ve already collected over the years. Additionally, we have no idea how durable this “lightweight” foam is, so we’ll have to see how it performs before we get too excited. 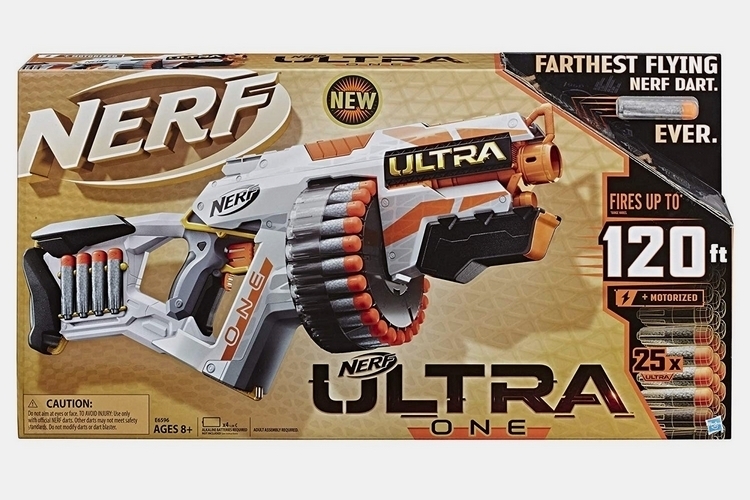 The Nerf Ultra One is equipped with a drum magazine that can hold up to 25 of the new darts, giving you a healthy amount of shots before requiring a reload. So far, though, the firing distance and magazine capacity are all the outfit has revealed about the blaster, leaving both accuracy and firing speed question marks at this point. It requires four C-type batteries.

Slated to come out October 1st, the Nerf Ultra One is now available for pre-order.