With The Nessie Ladle, Your Kitchen Will Be The Site For All-New Loch Ness Monster Sightings 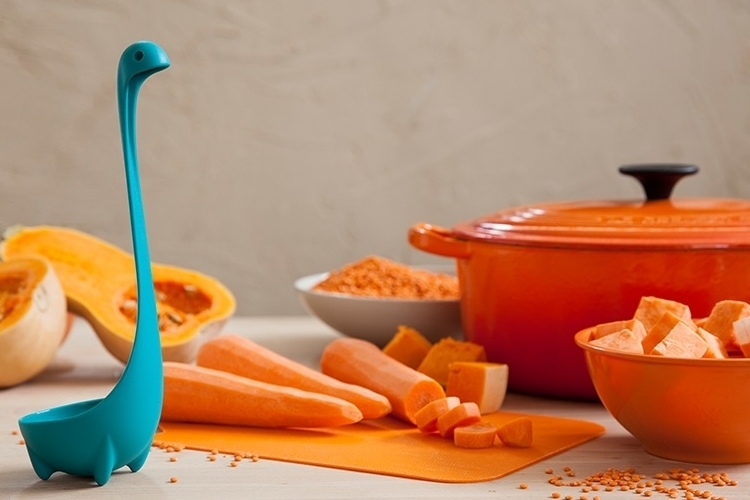 Some people are serious business when it comes to their kitchens. Others are a heck of a lot more prone to novelty and fun. If you’re among the latter, we’re certain having the Loch Ness monster floating in your pot of stew will tickle your fancy in every single way and that’s exactly what happens when you use the Nessie Ladle.

Designed by OTOTO, it’s a soup ladle clad in the form of the cryptid lake monster that’s believed to inhabit the waters of the Scottish Highlands. That way, instead of watching a soup simmer or waiting to see the water boil, you can simply enjoy the sights of the Loch Ness Monster swimming over your cooktop. Awesome. 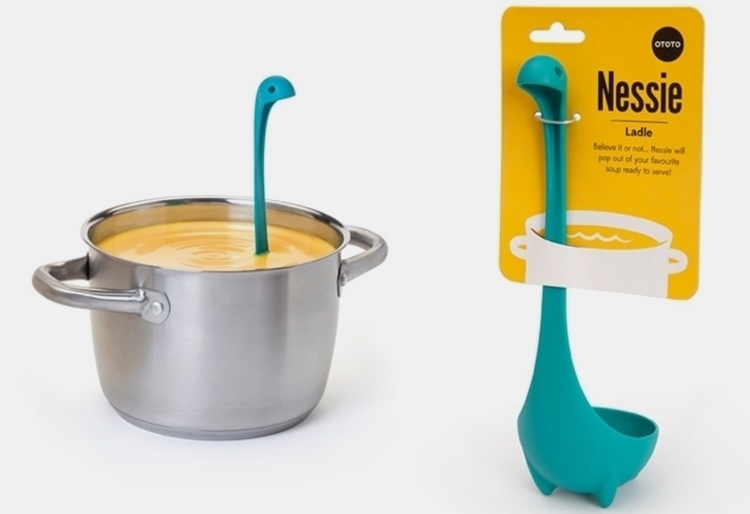 Just like regular ladles, the Nessie Ladle is a long-handed spoon with a cup-shaped bowl. Unlike them, it comes with a set of stubby legs, so you can stand it both in your Flare Pans and the countertop, as well as a head that resembles the monster from the famous 1934 photograph taken near Inverness, Scotland. Instead of terrifying (which, let’s be honest, all monsters really are), of course, it looks all manners of cute, making it a guaranteed source of novelty for anyone who wanders into the kitchen while the beef stew simmers.

With its colorful finish, adorable appearance, and ability to stand upright, it looks more like a toy than a cooking implement, so don’t be surprised if the children steal it and turn it into their toy dinosaur. Except, more awesome, because it’s got a cup in the back that can hold candies and smaller toys.

The Nessie Ladle will be available in February, priced at $15.99.