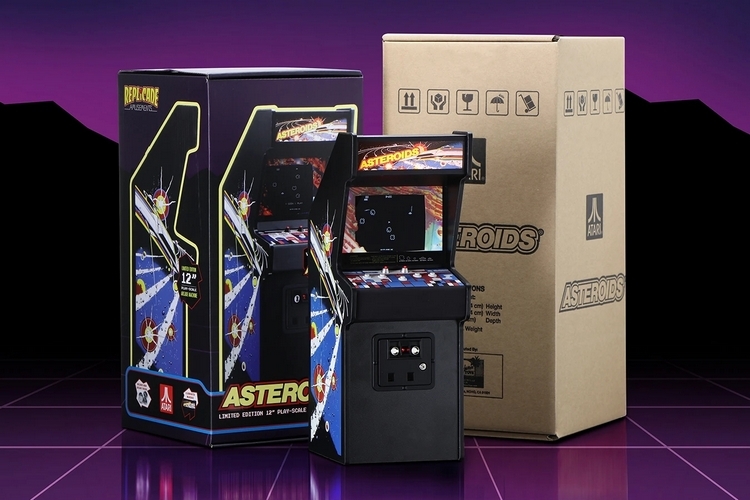 We’re big fans of Arcade1Up and their scaled-down arcade cabinets. Problem is, those things are still quite big that most people living in smaller apartments don’t really have room for one. If you still want to enjoy the thrills of old-school arcade gaming without having to move to a bigger space, New Waves Toys’ 12-inch cabinets offer an interesting compromise. And if classic space shoot-em-ups is your cup of tea, you will want to check out their new Asteroid Replicade 1/6-Scale Cabinet.

A 12-inch tall replica of the original game’s arcade cabinet from the 80s, it gives you a playable miniature that every bit as enjoyable as Atari’s classic multi-directional space shooter, so you can munch on some chips and sip on some soda while mashing buttons for the next two hours. You know, just like kids used to do back in the day. Except, instead of having to get a ride to the local arcade hall and spend a week’s allowance in tokens, you can do it all at no extra charge from the comfort of your home. 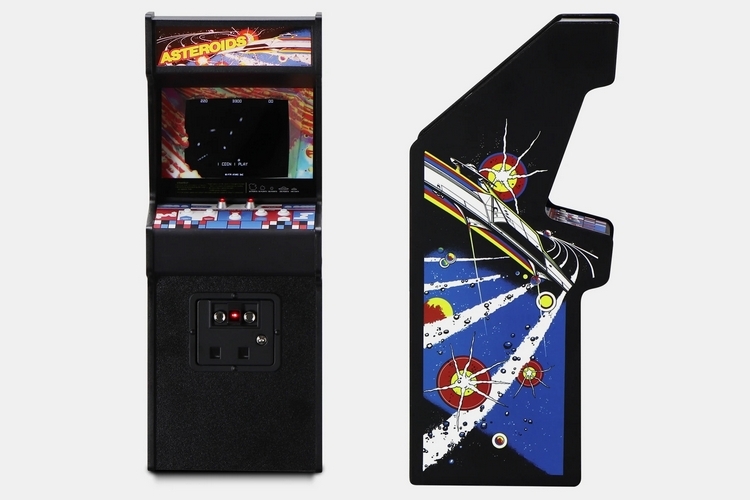 The New Wave Toys Asteroid Replicade 1/6-Scale Cabinet is a miniature recreation of the classic arcade staple, measuring just 12 x 4.25 x 5.37 inches (height x width x depth) and weighing 2.5 pounds. This makes it small enough to keep on a shelf, the coffee table, or even the nightstand next to your bed, allowing you to get a game going anywhere you are in the house. Everything is done to scale, you also get a small screen, which, given the simplicity of the original game, shouldn’t be an issue. According to the outfit, the screen has been optimized for vector enhancement, so the game’s line-based graphics should look great on it. 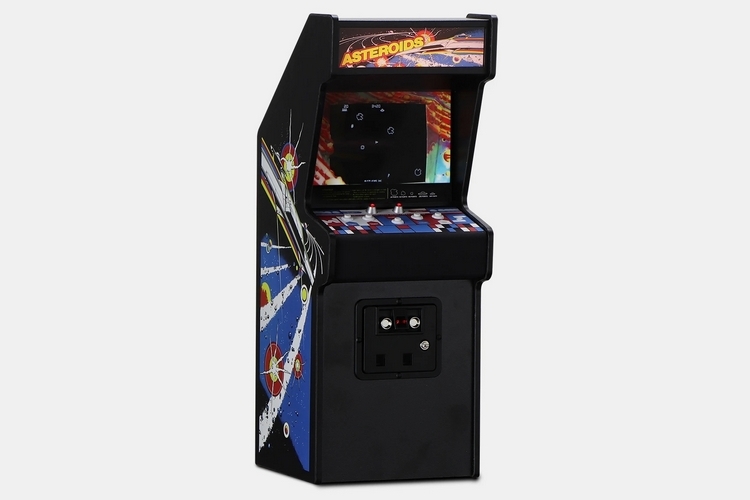 It comes with matching controls in the same miniature size, which consists of standard action buttons and taller volcano buttons for controlling the onscreen spaceship’s direction. They also threw in an integrated mono speaker, so you won’t need to connect it to anything else, complete with volume controls, so you can lower it down to a whisper if you’re playing late into the night. 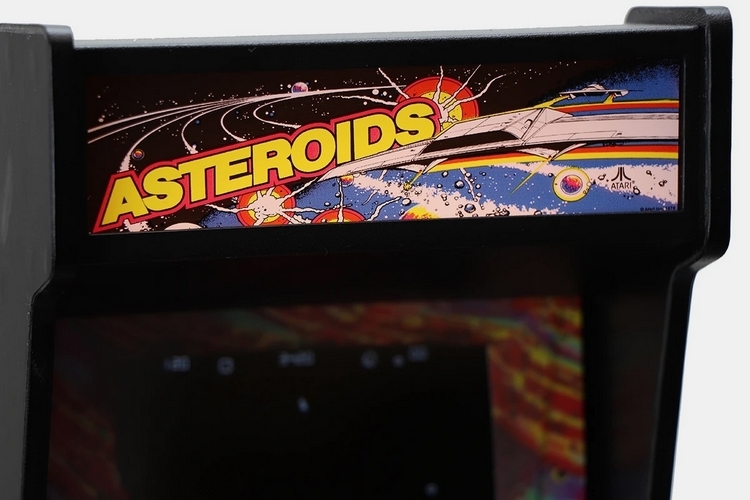 The New Wave Toys Asteroid Replicade 1/6-Scale Cabinet is powered by an integrated rechargeable battery. No word on how long it can last between charges, but we imagine, it should be good for a few hours, considering how little power this should be using up. The whole thing is housed in an authentic wood cabinet, by the way, complete with cabinet art that faithfully reproduces the one from the original rigs made back in 1979, making this an absolute trip down nostalgia line for folks who grew up during the arcade era. They even included an Asteroids marquee on top with integrated backlighting, so it feels like you’re playing in the middle of a busy arcade hall, complete with a non-functional Atari Owl Eyes coin door just to complete the recreation.