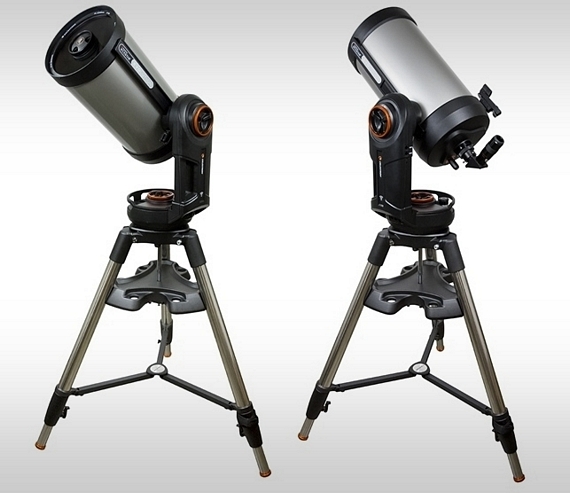 Sure, you can use any properly-equipped telescope to do some amateur astronomy.  If you want to observe specific astronomical bodies, though, you’ll have to fumble with a star map and painstakingly navigate to whatever it is you’re hoping to chance upon.  Yeah, it’s highly inefficient.  The Nexstar Evolution changes that.

Made by Celestron, it’s a telescope that can automatically orient itself to any documented celestial body you tell it to.  Want to look at the Andromeda Galaxy?  Not a problem.  How about the Crab Nebula?  Easy.  Want a peek at the hot model who moved in to the apartment two blocks down?  Yeah, you’ll have to do that one yourself.  Sorry. 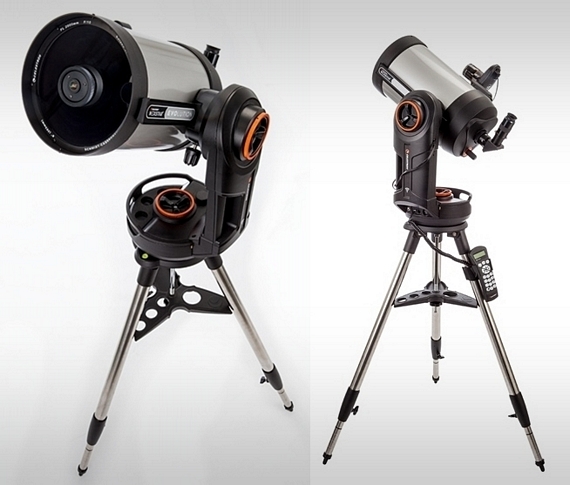 The Celestron Nexstar Evolution is a smart compound telescope that can connect to a mobile app (iOS and Android) over WiFi for receiving specific instructions on where you want its lenses aimed.  Described as “the most user-friendly telescope ever,” you just launch the app, open the star map, and tap on a celestial body to activate the telescope’s self-positioning mechanism.  From there, you just stick your face onto the eyepiece and enjoy the wonder of space.  As is the case with compound telescopes, it’s highly portable and even comes with its own rechargeable battery (rated at up to 10 hours of use), making it ideal for folks who like to hit the outdoors on their Fieldsleepers to spend the night stargazing. 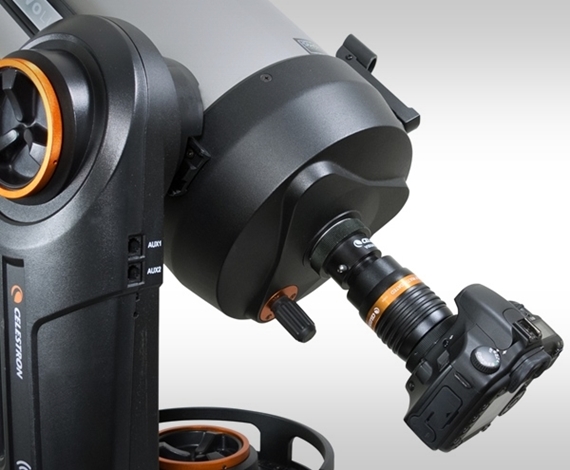 It uses a Schmidt-Cassegrain optical tube that comes in three sizes: 6 inches, 8 inches, and 9.25 inches.  Specs vary depending on the size (the bigger the tube, the higher the specs), but the 8-inch gets a 203.2 mm aperture, 2,032 mm focal length, and two eyepieces (one with 51x magnification and another with 156x), for reference. All three get a StarPointer finderscope and a stainless steel tripod.