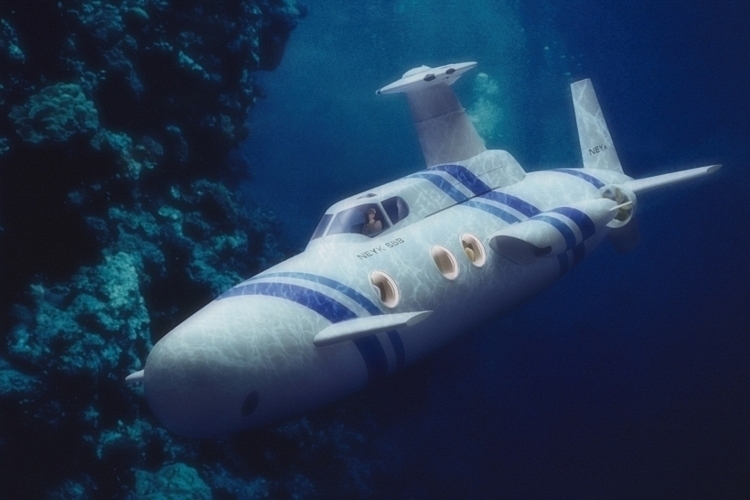 Most submersibles designed to hold over a dozen people are designed to function as military warships, with recreational versions usually having room for three or four people max. Not the Neyk Luxury Submarine, which can be equipped to ferry up to 20 people underwater.

Billed as “the most maneuverable submarine in the world,” the teardrop-shaped submersible boasts easy operation, ensuring novices can take control of the watercraft with nothing but a small amount of training. That way, dodging underwater structures, sunken ships, and giant whales in repose won’t have to be a daunting challenge, allowing you to actually enjoy your time exploring underwater locations.

gth x width x height), with a 10-foot hull diameter that leave the space inside feel similar to a private jet’s cabin. Designed to operate at depths of up to 500 feet, the sub can both drive forward at satisfying speeds as well as hover in place using vertical thrusters on the dome, allowing passengers to enjoy the available sights for extended periods of time. It can be equipped with seats for up to 20 people, although only six seats can be installed in the windowed passenger section (so the rest won’t be able to enjoy the sights).

Features include up to 150 hours of life support for a dozen passengers, built-in air-conditioning, and up to eight tons of payload. It can run at speeds of up to 11 knots on the surface, as well as 15 knots when submerged in the water.

No pricing is listed, but the Neyk Luxury Submarine is available now.