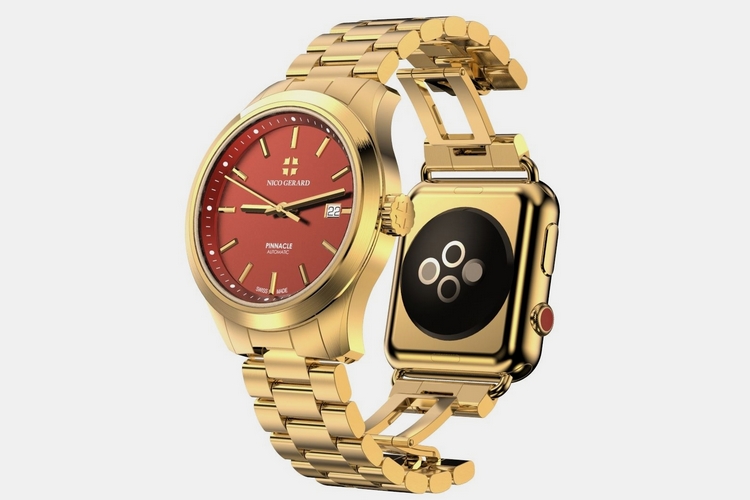 Want to try an Apple Watch, but not ready to give up the pleasures of having Swiss-made movement ticking on your wrist? No, wearing one watch on each arm probably isn’t a good idea. And while we’re not sure whether putting two watch cases on the same band is a good idea either, you can decide for yourself with the Nico Gerard Pinnacle.

That’s right, someone made a timepiece that combines two watch cases on a single band – a fancy, luxury chronometer timepiece on one and Cupertino’s smartwatch on the other. They’re situated such that when one case is on top of your wrist, the other sits at the bottom, so you don’t have to look at two watch faces at the same time, which might get confusing when one ends up being a few minutes late or something. 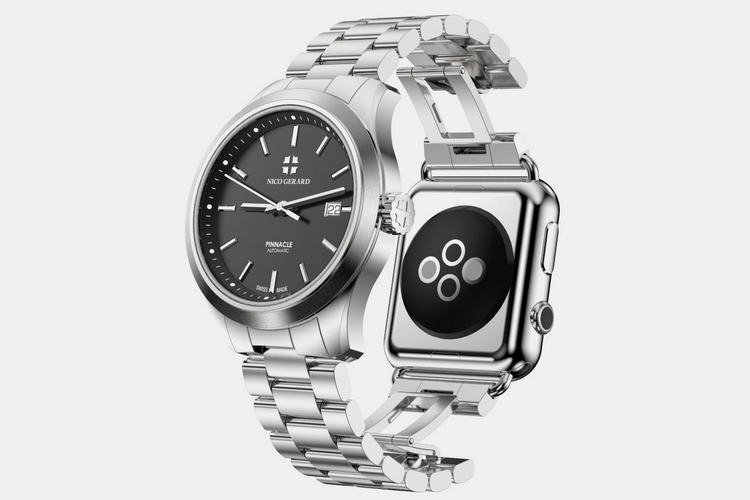 Two models of the Nico Gerard Pinnacle are available: a standard one with a 41mm case and three-piece link bracelet constructed from stainless steel; and the Sunrise Pinnacle, which decks your wrist with the same thing, but in 18-karat gold. Each one naturally comes with a matching Apple Watch: steel on the former and the gold Edition on the latter. Both come with COSC-certified NG2824A movement, waterproofing up to 100 meter depths, and all the elegance you expect from a Swiss-made timepiece. And, yes, all the weirdness that comes with pairing that with a smartwatch at the other end of the band, too.