Nike 6.0 DeLorean Dunk: Go Back To The Future In Silver Footwear 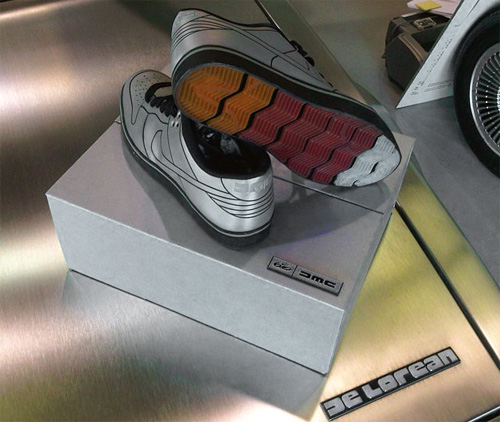 Silver is usually far from most people’s ideal colorway for shoes.  When the kicks are silvery because they’re trying to look like a DeLorean DMC-12 car, however, all biases against it go out the window.  That’s exactly how I feel about the Nike 6.0 DeLorean Dunk.

Of course, the DeLorean DMC-12 was the time travel car of choice in the Back to the Future movies, a major reason for its continued popularity to this day.   This Nike release has nothing to do with the franchise, though (hence, no self-tying laces).  Instead, it’s a collaboration between the vehicle’s maker, DMC, and the apparel giant. 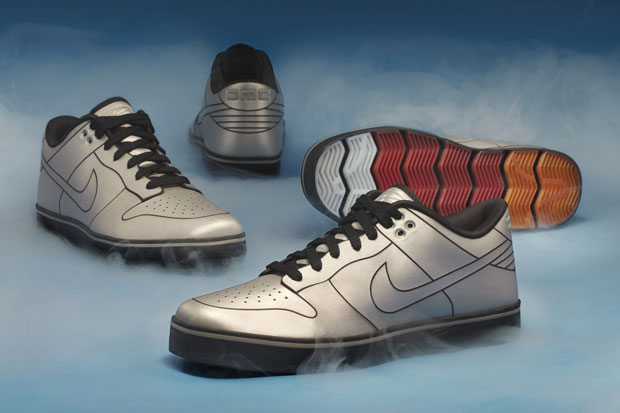 The Nike 6.0 DeLorean Dunk interprets the car’s exterior with a matte silver upper.  Since car exteriors don’t have threads, they used no-sew construction to keep the whole thing looking faithful.  Although you probably need to be high to notice that detail, the part below the eyestay has also been designed to look like the DMC-12’s gullwing doors.  The outsole is my favorite part, which has been made to match the car’s tail lights, with accompanying graphic lines that mimic the old ride’s rear window shade.

Only 1,000 examples of the model were produced, which have been available across select Nike Stores since Black Friday.