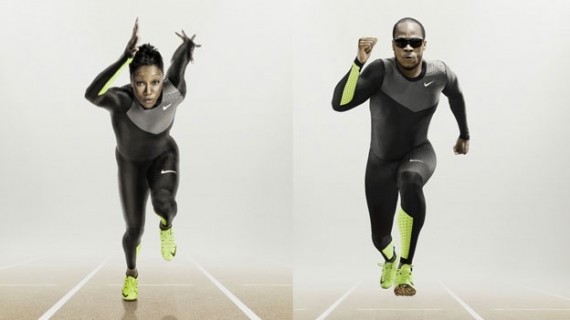 Tight suits can turn humans into super-humans and that’s a fact.  This is exactly the reason why most superheroes wear tight clothing.  And that’s why the superhuman rockstars of the 80s wore Spandex.  And we all know Goldust prances around in a golden skin-tight bodysuit.  And that’s why the Nike Pro TurboSpeed tracksuits can enhance the speed of humans while they sprint down the tracks.

I know, a suit that makes you run faster sounds like a plotline right out of a cheap ripoff of The Flash.  But that’s exactly what Nike has done here with their specially-engineered running wear, which boasts over 1,000 hours of wind tunnel testing. 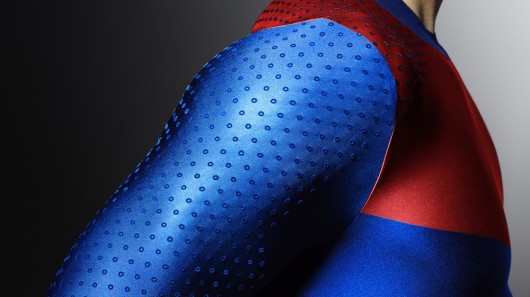 Using aerodynamic techniques commonly applied for golf balls, the Nike Pro TurboSpeed is able to shave milliseconds off a runner’s time — 0.023 seconds faster over a 100-meter run, in fact, than Nike’s previous fastest tracksuit.  The savings come from the dimples (“surface architectures”) scattered throughout the shoulders, arms, and calves of the suit, which supposedly create a turbulent layer of air molecules that hold to the surface of the suit, reducing drag.  Other features of the new running suit includes  elastics and edge finishes on the outside, a flat and smooth waistband, and lightweight materials.

Granted, adding an extra second or two to your time while you chase bad guys getting away in Ducati Streetfighters doesn’t really make this a good fit for superheroes looking for their new body-tight costume.  For competitive runners, though, those small milliseconds can mean the difference between coming in second or first, making this is a very significant development for track and field.  That is, unless the sports committees decide to ban it like that speed-altering swimsuit a while back.

No word yet on where you can buy a Nike Pro TurboSpeed suit for use as your professional wrestling costume of choice.  It will be officially worn by runners from the US, Russia, China and Germany at the upcoming London 2012 Olympics, though.