Nike+ Sportswatch GPS Logs Your Runs, Motivates You To Exercise 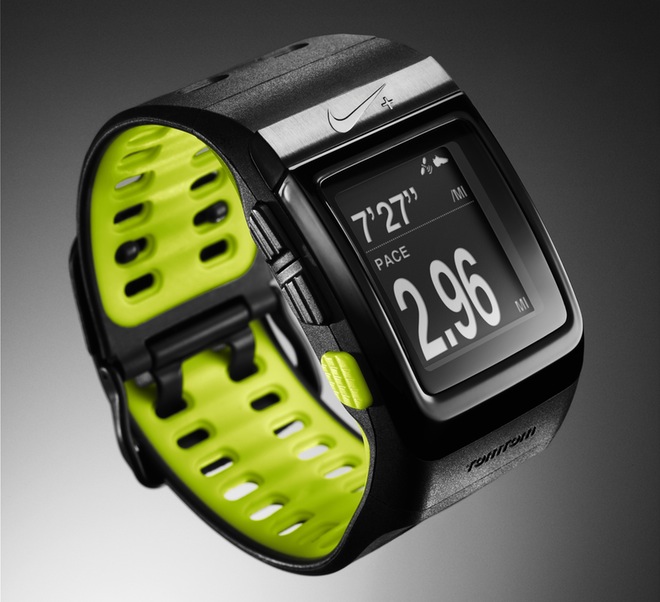 Every start of the year the last five years, you make a resolution to get in shape.  Instead of actually dropping your bulges, though, you usually just end up with an unused gym membership, barely-touched home exercise equipment or some new fitness gadget.  This year, the Nike+ Sportswatch GPS looks like the perfect token for yet another resolution broken.

A collaboration between Nike and TomTom, the smart-looking wrist candy comes with a built-in GPS.  Rather than for turn-by-turn navigation, though, it’s used to log in your location during runs, allowing you to keep a record of all the routes you’ve hit, along with information about each of them.

The Nike+ Sportswatch GPS is designed to work in tandem with a shoe sensor (Nike+ Sensor) during runs, accurately tracking vital numbers.  Distance, pace and calories burned are all shown on the high-contrast display, along with the time.  For controls, you get three buttons on the left side, with the display doubling as tap screen control for setting laps and activating the backlight.  When plugged into a computer, the watch will automatically upload your data to Nike+, where you can see each of your runs plotted on TomTom-powered maps.

Programmed to bug you into exercising, the watch will pester you with reminders when you haven’t logged a single run in five days.  It’s also supposed to give you an encouraging message after completing a run or when you’ve set new personal records.

Here’s the best part: if you ever decide to go back on this year’s resolution, you’ll be stuck with a nice-looking watch that you can actually wear when going out.   No pricing yet, but the Nike+ Sportswatch GPS will hit stores on April 1st.