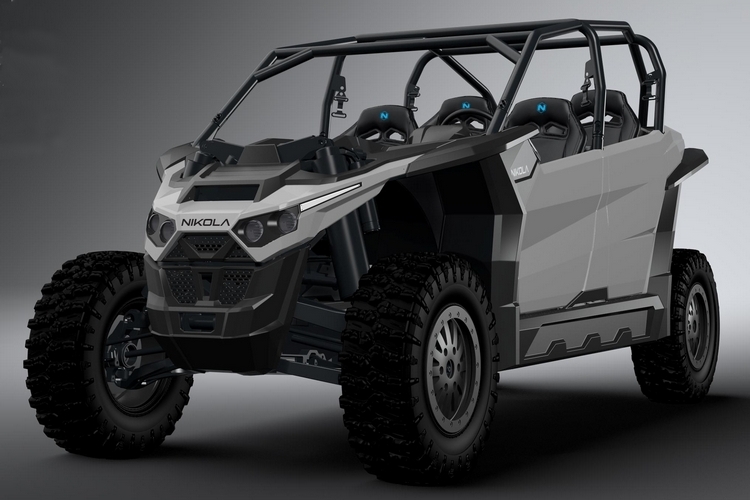 Electric vehicle startup Nikola has never been bashful about making big claims. Last year, they announced plans for a hydrogen-powered tractor-trailer that produces 1,000 horsepower and 2,000 pound-feet of torque while achieving a range of 1,200 miles. This year, they’re going smaller in the form of the Nikola Zero, an all-electric UTV that brings aspirations as grand as its semi-truck counterpart.

Like all side-by-sides, the vehicle is designed for off-roading, desert racing, and hauling stuff around the farm. Unlike them, it boasts the kind of power that will allow it to outrace some sports cars and the kind of torque that will put some off-road trucks to shame. We know, it sounds like bull, but the Utah company insists they’re dead serious about bringing this unique vehicle to market. 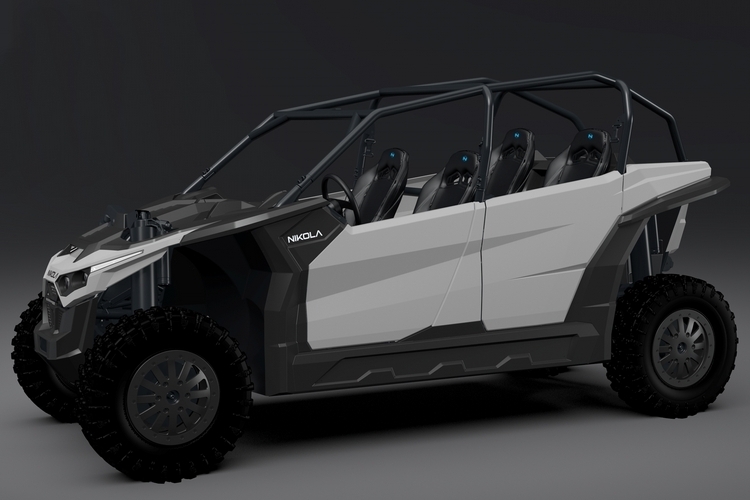 How crazy is it? The Nikola Zero will come with four electric motors (one on each wheel), producing a combined 555 horsepower and 490 pound-feet of torque. To put that in perspective, Polaris’ most powerful side-by-side delivers 168 horsepower and 114 pound-feet of torque. Granted, the Zero needs the extra power because it’s twice as heavy as traditional side-by-sides at 3,500 pounds, although they definitely went overboard in order to compensate. All that power translates to a 0 to 60 of 3.9 seconds, along with the capacity to tow up to 3,000 pounds.

Since it’s powered by independent electric motors on each wheel, the UTV has 80 percent torque available as early as 3500 RPM, making it suitable for applications that may not be ideal for traditional side-by-sides (e.g. rock crawling). It also boasts 10 degrees of rear steering, giving it the ability to take corners much faster than comparable vehicles in the market. 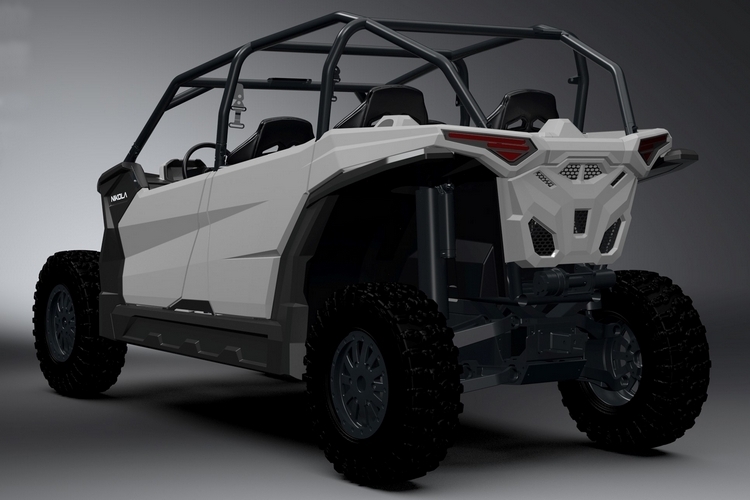 The Nikola Zero has a precisely-tuned suspension that provides 20 inches of travel both front and rear, ensuring you can drive this over the gnarliest terrains without any difficulty, all while being adjustable to suit different riding conditions. That suspension is paired with 14 inches of ground clearance, power steering, and Fox Internal Bypass 3.0 Podium shocks for serious off-road capabilities.

Unlike their upcoming truck, the side-by-side is a plug-in electric vehicle, so the battery is recharged in a standard wall outlet instead of via fuel cells. According to the outfit, a full charge of the battery should last between 100 and 200 miles, with the actual range determined by how fast you’re going and the kind of terrain you’re driving in. 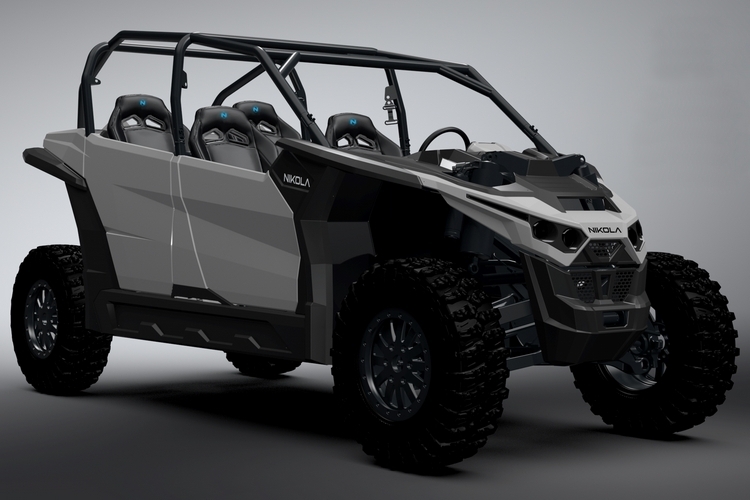 The Nikola Zero can have either a two-seat or four-seat configuration, with both setups getting a good load of amenities as standard. These include a 10-inch infotainment screen, a seven-inch instrument cluster, power outlets on each seat, weather control, Wi-Fi and 4GLTE connectivity, and interior ambient lighting. Options include ABS, anti-roll protection, traction control, a factory audio system, a torque vectoring system, and even a street-legal package, wherever it’s allowed. Yes, this may be your actual chance to drive a side-by-side on the highway.

Pricing for the Nikola Zero is planned at $35,000. You can reserve one of the early production units with a $750 deposit.