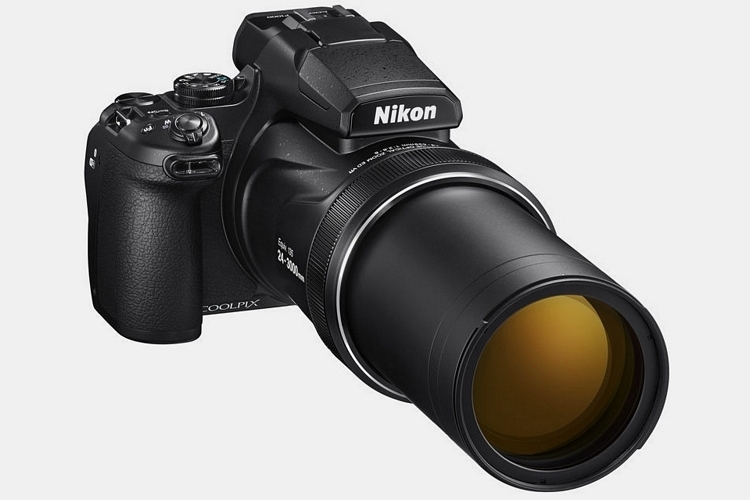 Different people buy cameras for different reasons. If your reason is to shoot subjects from ridiculously long distances, then you’ll want to pick up the Nikon Coolpix P1000.

A bridge camera that’s aimed at a very specific set of users, the device is equipped with a ridiculous 125x optical zoom lens. Yes, you read that right, this thing will magnify your subjects 125 times, making it a veritable cross between a telescope and camera. According to Nikon, in fact, the zoom is powerful enough to capture details of the moon, in case you’re into astrophotography. Whether you’re a birdwatcher hoping to get footage of flying creatures from afar, a private detective who wants to film people on the sly, or just some dude who wants a camera that can zoom like crazy for your own personal reasons, this thing is definitely something you’ll want to give a long, hard look. 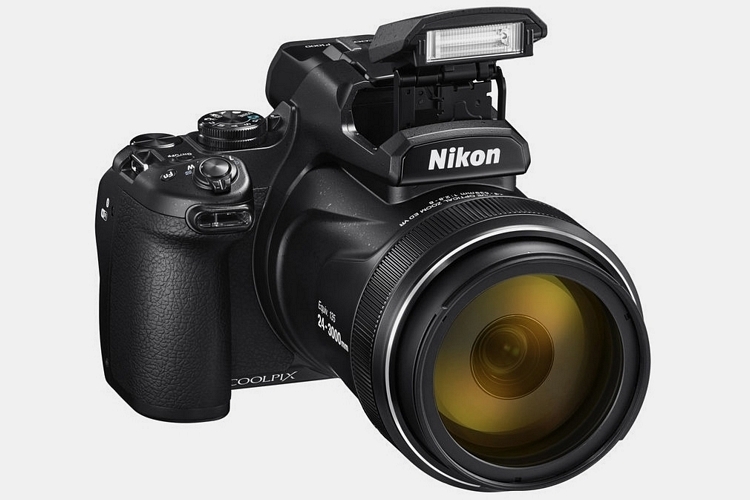 The Nikon Coolpix P1000 also has a macro mode that can shoot as close as 0.4 inches from the front of the lens at a wide-angle position, with a snap-back mode button that instantly pulls back the zoom for those times you’re finding it hard to locate a subject with the insane close-up in full force. In case the 125x optical zoom from the 24-3,000mm f/2.8-8 lens (35mm equivalent) lens isn’t enough, by the way, there’s also a digital zoom feature that offers both a 6,000mm and 12,000mm equivalent, although we’re not sure what kind of quality you can expect to get with either stills or video.

It pairs the absurdly long lens with a 16-megapixel 1/2.3-inch sensor that sports a decent ISO range of 100-6400, all while capturing RAW images unlike its predecessor. Aside from 16 megapixel stills, it can take burst shots at a rate of seven frames per second, all while capturing 4K video at up to 30 fps, so you should be able to get satisfying footage of all those extreme close-up shots. Oh yeah, it has optical image stabilization via the outfit’s Dual Detect Optical VR Technology system, which boasts five stops of shake reduction. 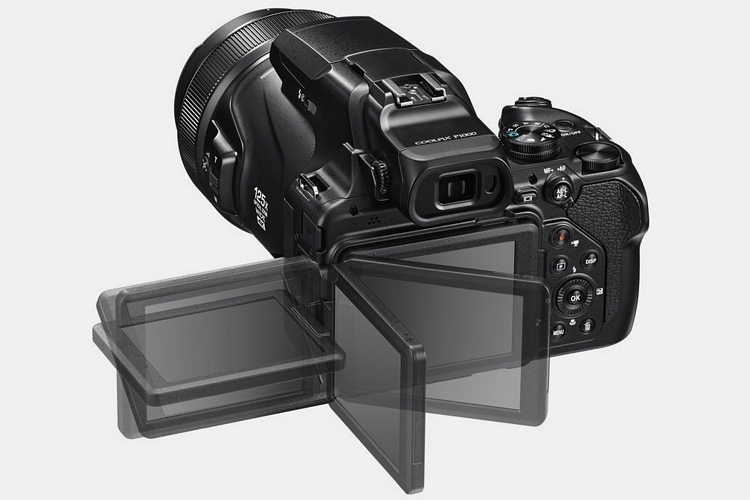 The Nikon Coolpix P1000 has an 2.36-million pixel OLED electronic viewfinder for easily framing all those long-distance shots, as well as a 3.2-inch tilting LCD screen. That’s right, you can use it to take extreme selfies of your nose hairs if you’re into that, complete with manual exposure control and an external mic input, so you can use the camera for less-specialized purposes. 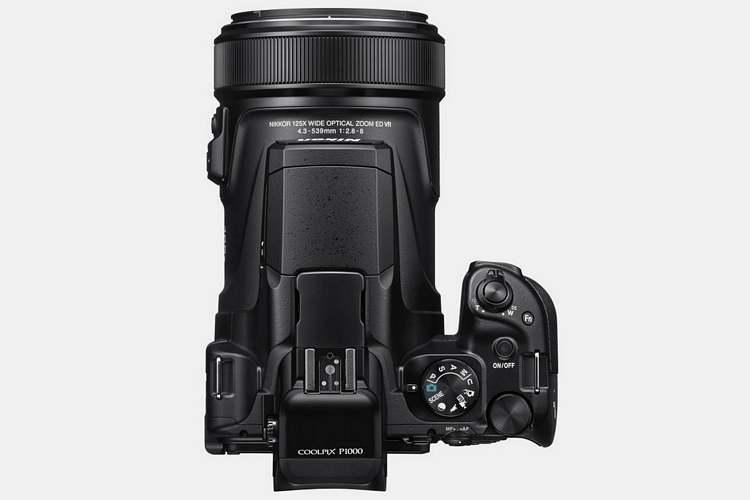 Because of the massive lens, the camera has a body that feels more like a DSLR than a bridge camera. Well, it needs all that, since the darn thing stretches to a whopping 14 inches with the lens fully extended, ensuring you’ll need to use both hands when handling this thing. Fortunately, this thing has a substantial grip, so you don’t have to worry about the darn thing slipping off your hands. Other features include a shutter speed of 1/4000, Wi-Fi, Bluetooth, an optional remote control, and a battery life of 250 shots between charges.