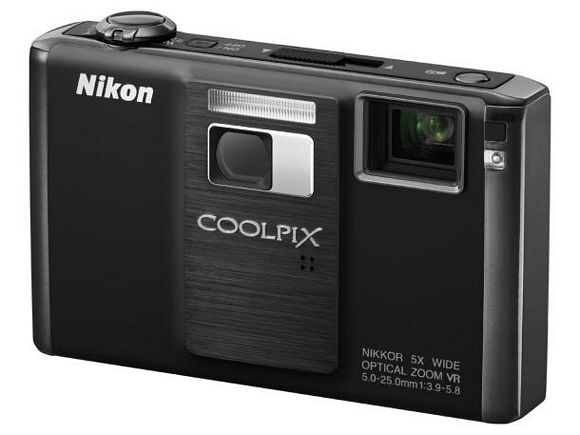 Micro-projectors have recently begun finding their way on cell phones. It makes a whole lot of sense, considering we’ve got phone apps for Powerpoint presentations and games, two categories that can really benefit from being set on a much-larger display. Nikon is, of course, betting that people will take to showing off their photos in much the same way and are outfitting the new Coolpix S1000pj with a built-in pico projector to test the waters.

The feature solves a common problem when viewing photos on a digital camera, which is all but impossible for more than two people at a time, given the 3-inch or smaller panels you find decked across most point-and-shoots. While many compact cameras now come with video out to allow streaming on a TV, a projector makes it much easier, requiring nothing more than a blank wall to begin showing off slides.

The integrated LCOS projector has a brightness rating of up to ten lumens, beaming a VGA resolution image with a 30:1 contrast ratio. It can stand anywhere from 10 inches to 6.5 feet from a wall, managing to show a display of up to 40 inches high.

Apart from the image projector, the compact shooter sports a 12-megapixel sensor, 5X zoom lens and a 2.7-inch onboard LCD. It fits in most regular features found in current point-and-shoots, including a range of image stabilization capabilities (such as motion detection), 16 shooting modes and four movie modes on the camcorder function.

The Nikon Coolpix S1000pj is scheduled for a mid-November release and will retail for around $429.