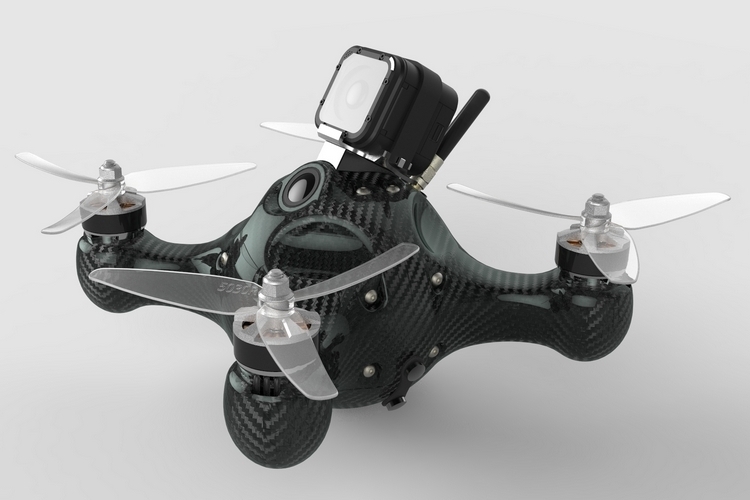 It looks like any ordinary drone you can use for shooting aerial photos and videos. Except, the Nimbus 195 is designed to be practically indestructible, so it can crash many times over while keeping every part of the unit intact.

Combining a spherical-shaped profile with a one-piece carbon fiber body, the quadcopter can slam head-on into rocks and fall straight down from the sky without damaging any of the electronics inside. It pairs that with propellers cut in malleable plastic, too, so the propellers simply bend on impact and return to their original form through the worst crashes. Seriously, they run the darn thing over with a car and it comes out unscathed – that’s some serious durability. 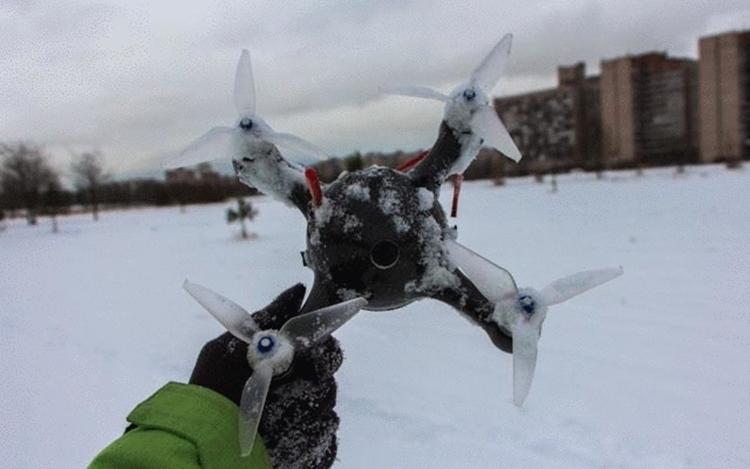 The Nimbus 195 comes has an integrated camera with a 2.5mm lens that can be positioned at any of three angles (30, 45, and 55 degrees), which streams real-time video to the bundled TBS Tango controller. It uses a video transmitter with adjustable power, so you can vary the quality of the stream in order to conserve power. At the lowest power setting, the drone’s 1550 mAh battery can keep it running for over 3,200 feet. 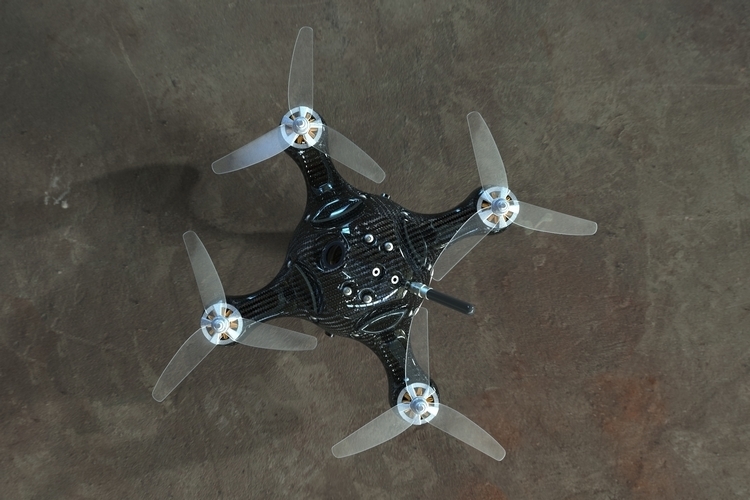 Since it’s designed for racing, it won’t fly at the same pace as conventional drones, as it’s rigged to shoot through the air at whopping speeds of up to 99 mph. Do note, it’s only water-resistant, so while it can fly in the rain and land on puddles safely, it won’t quite handle landing on open water.

An Indiegogo campaign is currently running for the Nimbus 195. You can pledge for a complete unit starting at $490.