Ninja CREAMi Deluxe Lets You Make Ice Cream, Slushies, Froyos, And More At The Push Of A Button 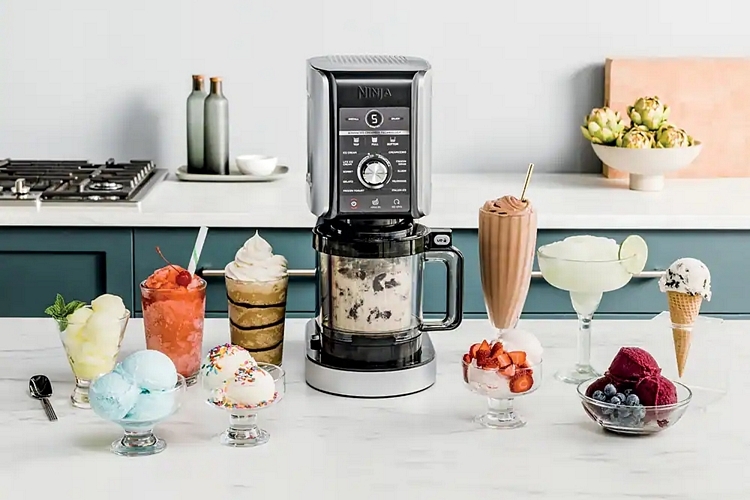 Last year, Ninja released an ice cream-making appliance that made the whole process a pretty automatic affair, allowing folks to whip up frozen desserts with minimal work. This year, they’re making it even better with the new Ninja CREAMi Deluxe.

Designed to improve on its predecessor, the new ice cream maker bundles 11 functions in one, a step up from the 7-in-1 functions of its predecessor. That’s right, this allows you to make much more than ice cream, allowing you to concoct all sorts of frozen treats using a single appliance. 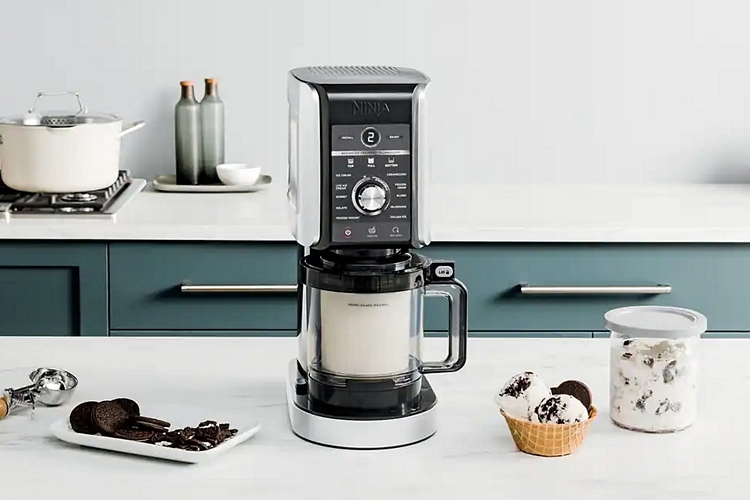 The Ninja CREAMi Deluxe retains the same basic functionality as its predecessor, allowing you to make frozen treats in four steps. First, you create a base in the included pint, mixing in whatever the recipe calls for (e.g. milk, cream, vanilla, sugar, and anything else), then freeze it overnight. The next day, you take the pint and put it in the ice cream maker’s bowl, then select what you want to make (e.g. ice cream, lite ice cream, gelato, etc.) using the control knob. Once it’s finished, you can then take the pint off and enjoy. Alternatively, you can add in any nuts, fruits, or candies you want, put it back in the bowl and select the mix-in setting, at which point the device will mix the concoction to spread all the added ingredients around.

A paddle hooked up to a dual-drive motor takes care of all the mixing to turn the erstwhile frozen base into proper ice cream. According to the outfit, it applies downward pressure while spinning, which results in finely shaving and transforming the ice particles into something with a creamy texture. 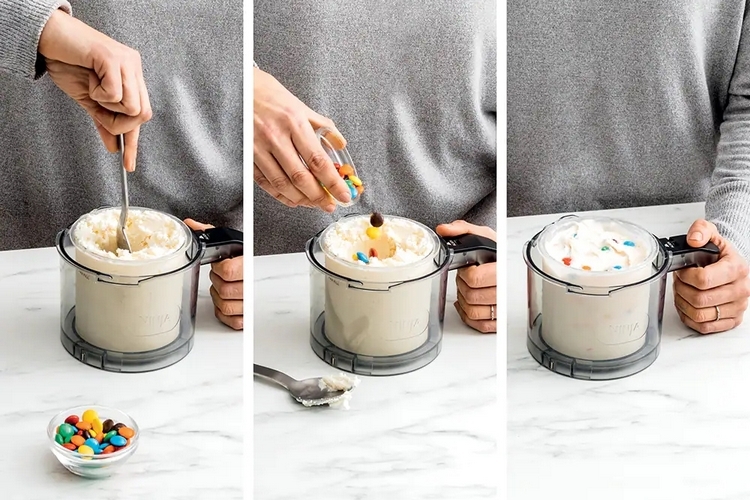 The Ninja CREAMi Deluxe comes with 10 settings on the  control knob, namely ice cream, lite ice cream, sorbet, gelato, frozen yogurt, creamiccino, frozen drink, slushi, milkshake, and Italian ice. There are also separate capacitive buttons for the mix-in mode and a respin mode, which, we guess, is for those times you want to make your ice cream even softer and creamier. It also lets you choose whether to do the spinning for the whole pint, just the top half, or just the bottom half. That way, you can turn a single ice cream base into two flavors by putting different ingredients on the top and bottom halves, then stirring them separately. It’s impressive. 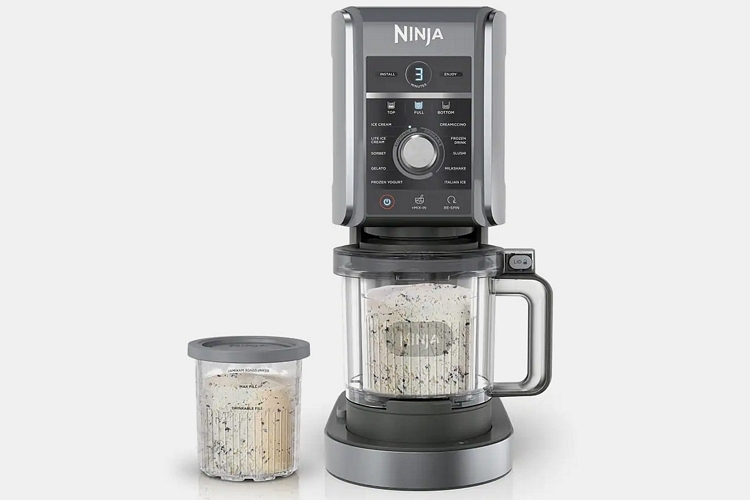 The appliance comes with a recipe guide, by the way, so you don’t have to experiment off the bat, allowing you to follow some tried-and-tested recipes to get you acquainted with how everything works. Each one also comes with two 24oz pints, which are large enough to hold three cups’ worth of ice cream each. And yes, you can fill it just halfway if you’re making dessert for yourself and don’t want to indulge too much. The pints, lids, and the paddle are all dishwasher-safe, too, so you can just throw them in with the rest of the dishes for cleaning.

The Ninja CREAMi Deluxe is now available for preorder, priced at $249.99.